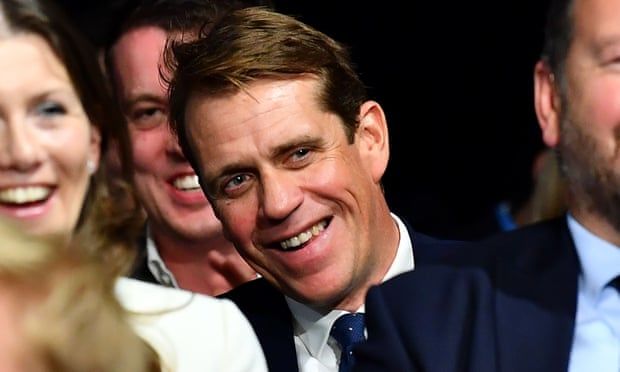 Firm Elliot jointly owns offered ‘luxury lifestyle management services’ to Russian elite
Keir Starmer has called on the Conservatives to sack their co-chair, Ben Elliot, for being “at the heart” of links between the party and Russian money.

The Labour leader said Elliot should step back from his role or be removed after revelations about his firm’s Russian business and the Tories accepting donations from wealthy Russians or companies linked to Russia.

Elliot has been chair of the party while it has taken donations from Lubov Chernukhin, the wife of Vladimir Putin’s former finance minister, and Aquind, a company co-owned by the billionaire Viktor Fedotov.

Neither is subject to any sanctions and the Conservatives have previously said in relation to Chernukhin and Aquind that all donations were “properly and transparently” declared in line with electoral law. Chernukhin, who has British citizenship, has condemned the invasion of Ukraine and called Putin’s regime “despotic”.

Elliot is also co-owner of Quintessentially, a “concierge” service for the super-wealthy that has counted many Russians among its clients, including reportedly Roman Abramovich, the Chelsea owner who has also faced calls from Starmer for UK sanctions to be imposed on him.

Quintessentially this week deleted a webpage detailing its presence in Russia, with about 50 staff in the country.

An archived page version said: “Quintessentially Russia has nearly 15 years’ experience providing luxury lifestyle management services to Russia’s elite and corporate members. Our office employs over 50 lifestyle managers, each of whom has completed a specialised training programme. They work around the clock 365 days per year to provide personal concierge services to each member. From restaurant bookings to backstage concert access, a bespoke luxury lifestyle is at our clients’ fingertips.”

A spokesperson for Quintessentially said the group “completely condemns President Putin’s invasion of Ukraine” and was monitoring its member base to ensure it was not servicing any individual or corporate body on sanctions lists, confirming that there were none so far.

With concerns heightened after the invasion of Ukraine, Starmer said it was time for the Conservatives to act to remove Elliot. Speaking during a visit to Birmingham Erdington, where Labour won a byelection on Thursday, Starmer said: “I think there is growing concern about the links between the Conservative party and Russian money. Ben Elliot is at the heart of that. We need to strip Russian money away from our politics, not to allow it to influence our politics.

“There will always be this danger if the Conservative government doesn’t go really hard on this that people will say it must be because you are reliant on Russian money that you are not going more quickly.

“So, it’s in everybody’s best interests that Ben Elliot steps back from his role – and I think he should actually be sacked from it.”

A Conservative source said: “This Conservative government has been leading the world in arming and training Ukrainian troops and imposing severe sanctions on Russia while Keir Starmer attempts to score cheap political points.”

In a reference to a row over support for Stop the War, the source added: “He would be better off trying to rid his own party of the Putin apologists who blame Nato for the invasion of Ukraine, many of whom sit as Labour MPs.”

Abramovich has said he is a non-political person and was not linked to Putin or the Russian state.

Meanwhile the former Conservative leader Iain Duncan Smith called for British politics to be “scrubbed clean” of Russian money, saying: “It’s all political parties: we’ve all got to clean house … I think it should all be revisited, all of what went on in the past.”

Duncan Smith suggested it was not just politicians who had been too lax about accepting Russian cash but also “lawyers, estate agents, accountants – enablers” who should now reconsider their roles.

David Davis, the former Brexit secretary, called on the government to use legislation due to be passed next week to force UK citizens to sever their links with Russian companies if the government believed they were connected to the Kremlin.

“We are in an economic war,” he said. “One of the things we should do in the economic crime bill is that we should require British citizens not to hold posts on the boards of companies which the government believes have a link with Putin. They should certainly not be in receipt of large sums of money from such companies.”
Add Comment