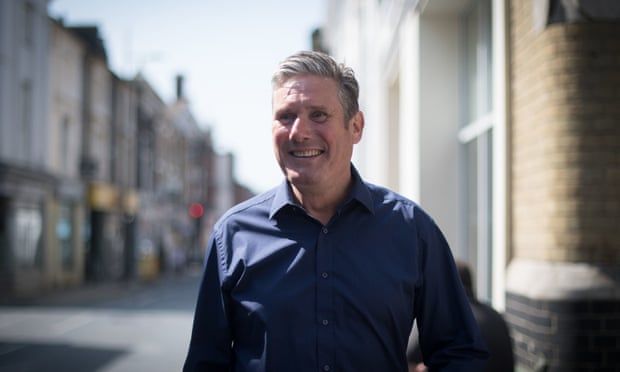 Sullivan was adviser to the former chief whip Nick Brown whom Starmer sacked in May. Chapman moves into the shadow cabinet to become the party’s Brexit spokesperson, shadowing Lord Frost.

The shake-up of the Labour leader’s backroom operation is expected to continue with more changes after Thursday’s Batley and Spen byelection.

A number of key figures have departed or moved roles following disappointing results in the local elections, including the loss of the Hartlepool byelection.

Starmer recently hired a veteran of the Blair years, Matthew Doyle, to be his temporary director of communications, replacing Ben Nunn. He also appointed a new director of strategy, the veteran pollster Deborah Mattinson.

Starmer’s parliamentary private secretary Carolyn Harris, who liaised with backbench MPs, stepped down in the wake of the local elections and Nunn’s deputy, Paul Ovenden, also left his role for family reasons. Starmer’s former chief of staff Morgan McSweeney was also moved to a different role.

Sullivan, who is well liked by Labour MPs, served in the Labour whips’ office under Corbyn when tensions were at their highest within the parliamentary party, including coordinating a number of tight Brexit votes.

His appointment as political director will be seen in part as a way to boost relations with rank-and-file MPs who have become jittery about Starmer’s leadership and complain the leadership has been aloof and uncommunicative.

Chapman was seen as Starmer’s closest aide in the party but MPs said her style had been alienating, and blamed her for a number of poor decisions, including the decision to make Paul Williams the Hartlepool byelection candidate despite his remainer credentials in the pro-Brexit constituency.

Starmer is facing a difficult test of his leadership on Thursday with the Batley and Spen byelection, which Labour sources expect the party to lose to the Conservatives.
Add Comment