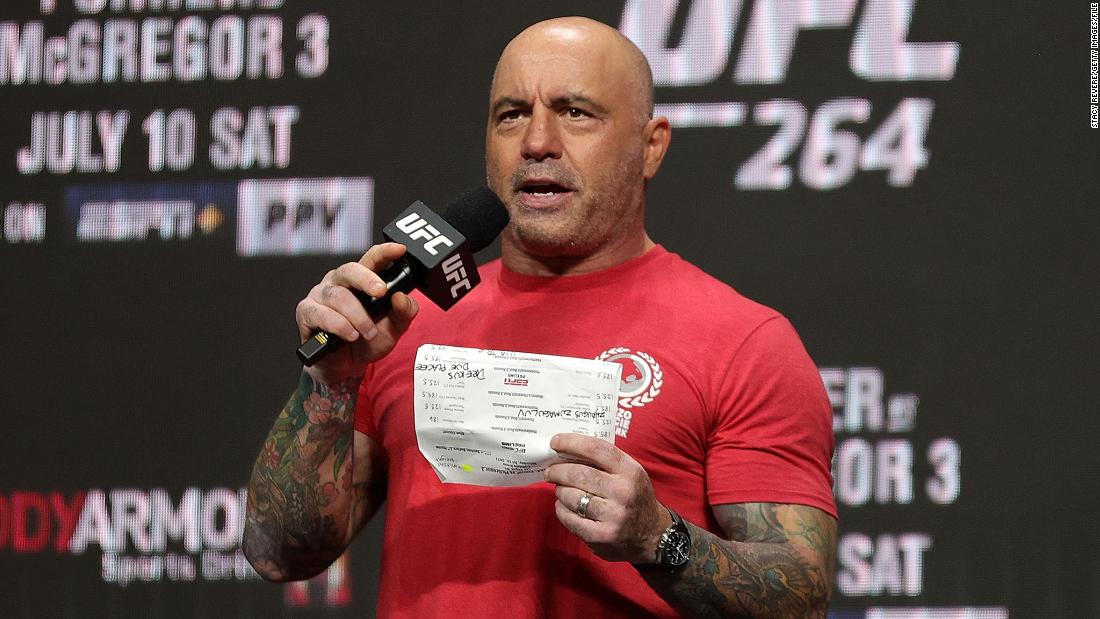 Spotify CEO on Joe Rogan controversy: 'We're trying to balance creative expression with the safety of our users'

Spotify CEO Daniel Ek addressed the controversy around comedian and podcast host Joe Rogan on Wednesday, saying that the company is "trying to balance creative expression with the safety of our users."

"Of course, this is a very complicated issue," Ek said in the company's post-earnings call on Wednesday. "But I'm really proud of the steps that we took following the concerns raised by the medical and scientific communities."

As for Spotify's business, the company reported that it ended 2021 with 180 million paid subscribers. However, Spotify (SPOT) saw its stock drop more than 20% after hours on Wednesday following its fourth quarter earnings, which presented weak guidance for its growth.

Spotify finds itself in a middle of a firestorm after artists such as Neil Young and Joni Mitchell asked the streaming music company to pull their music from the platform last week. This was because of Joe Rogan, who has made frequent false and inaccurate claims about Covid-19 and vaccines on his very popular Spotify podcast, "The Joe Rogan Experience."

Following the backlash, Spotify said it is adding a content advisory to any podcast episode that includes discussion about Covid-19. The advisory will direct listeners to a Covid-19 hub that will include links to trusted sources, the company said.

On Wednesday, Ek said that the company does not "change our policies based on one creator nor do we change it based on any media cycle or calls from anyone else."

"While Joe has a massive audience... he also has to abide by those policies," he added.

Ek mentioned that Rogan is the company's No. 1 podcast in more than 90 markets.

The Spotify CEO also noted that the last several weeks have "presented a number of learning opportunities" for the company.

Earlier this week, Rogan responded to the controversy — saying, "he's not trying to promote misinformation."

"I've never tried to do anything with this podcast other than just talk to people and have interesting conversations," Rogan said in a video posted to Instagram on Sunday.