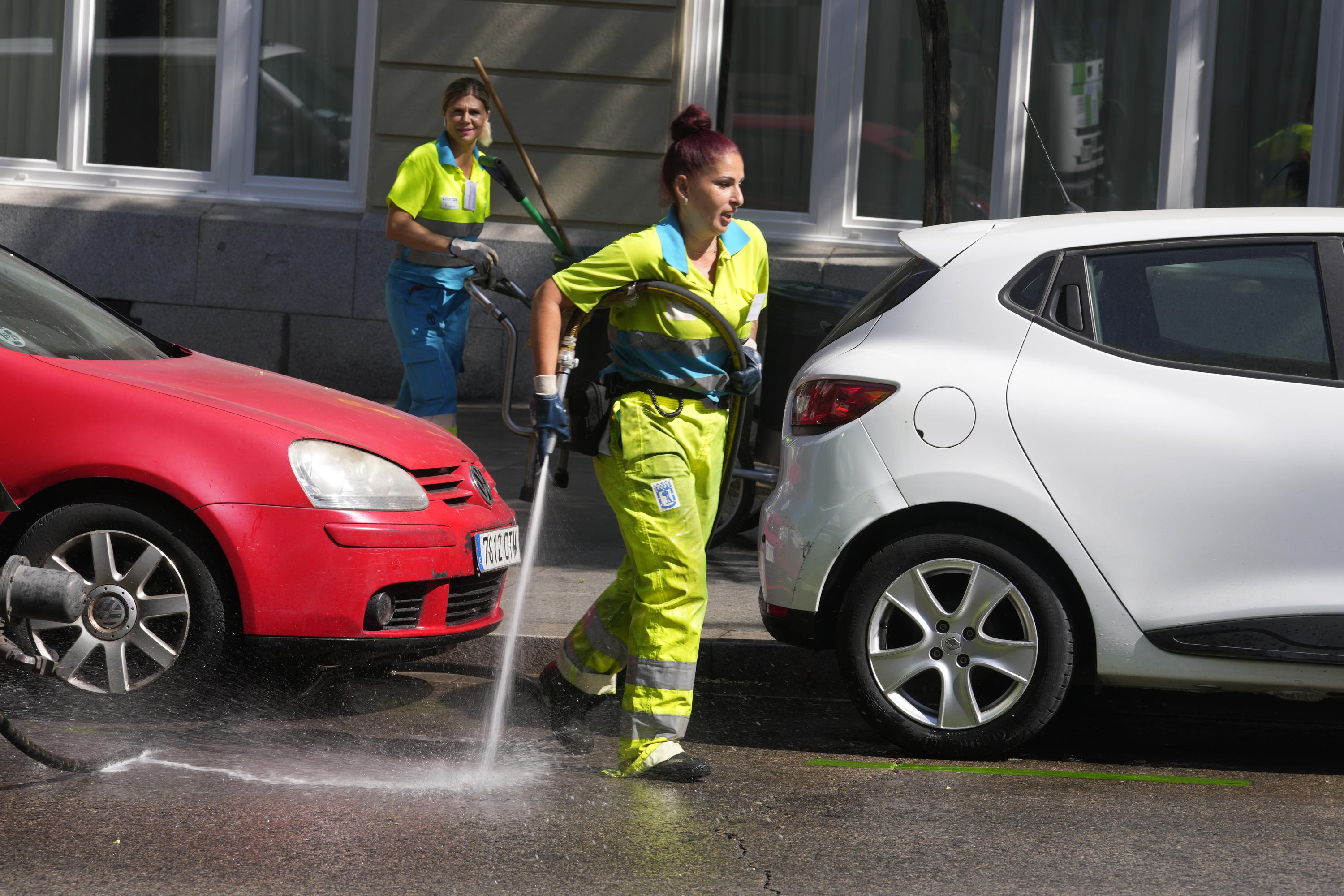 When José Antonio González started his afternoon shift sweeping the streets of Madrid, the temperature was 40 degrees Celsius (104 degrees Fahrenheit) amid a heat wave gripping Spain.
After a long time without a job, González couldn’t afford to pass up a one-month summer contract to sweep the city, where he lived in a working-class neighborhood. Three hours later, the 60-year-old collapsed with heat stroke and was found lying in the street he was cleaning.

An ambulance took the father of two to the hospital, where he died on Saturday.

His death is driving a debate in Spain about the need to adapt labor arrangements to climate change. The poorest in society, often the elderly and the low-paid such as construction workers and delivery riders for whom heat stress is a workplace hazard, have long been identified as being at a disadvantage in attempts to adjust to rising temperatures.

“Enduring a heat wave in an air-conditioned house with a swimming pool is not the same as five people in the same room with a window as the only source of fresh air,” he told Spanish public broadcaster RTVE.

The recent torrid weather in Europe, which has seen a spike in the number and size of wildfires, is forcing the issue to the forefront.

France has already taken some steps to alleviate heat inequality after a 2003 heat wave caused 15,000 heat-related deaths, many of them older people left in city apartments and retirement homes without air conditioning.

Ahead of France’s latest heat wave, which set some record temperatures this week, the government reminded employers of their legal obligation to protect workers in extreme heat. That includes free drinking water, ventilation and, if possible, changing working hours and providing extra breaks.

And as Britain prepared for this week’s heat wave, which saw temperatures hit a national record of 40.3 degrees Celsius (104.5 Fahrenheit) on Tuesday, labor unions urged the government to impose maximum workplace temperatures for the first time. Many homes, small businesses and even public buildings in Britain do not have air-conditioning.

Unite, the country’s biggest union, is pushing for a maximum workplace temperature of 27 C (80.6 F) for “strenuous” jobs and 30 C (86 F) for sedentary jobs. The union also says employers should be required to take steps to reduce indoor temperatures and impose strict protections for outdoor workers whenever temperatures reach 24 C (75.2 F).

“As the climate changes, it is vital that health and safety law is updated in line with the serious challenges this presents for workers,” said Rob Miguel, Unite’s national adviser on health and safety.

In Madrid, González’s 21-year-old son, Miguel Ángel, says his father, days before he died, had searched on the internet for “how to deal with heat stroke.” The evening before he died, he had arrived home from his cleaning shift gasping for air.

Scientists say the worsening of pre-existing illnesses, not heat strokes themselves, are the main cause of deaths linked to the high temperatures.

The Carlos III Health Institute estimates that 150 deaths in Spain were somehow linked to the heat wave on the day that González died. The following day, the institute attributed 169 deaths to the heat, bringing a total of 679 cases during just the first week of the heat wave.

Ramming home the danger, another Madrid street sweeper was hospitalized with heat stroke on Tuesday.

In places accustomed to high temperatures, such as Spain’s southern Andalusia region, construction workers already work only morning hours during the summer.