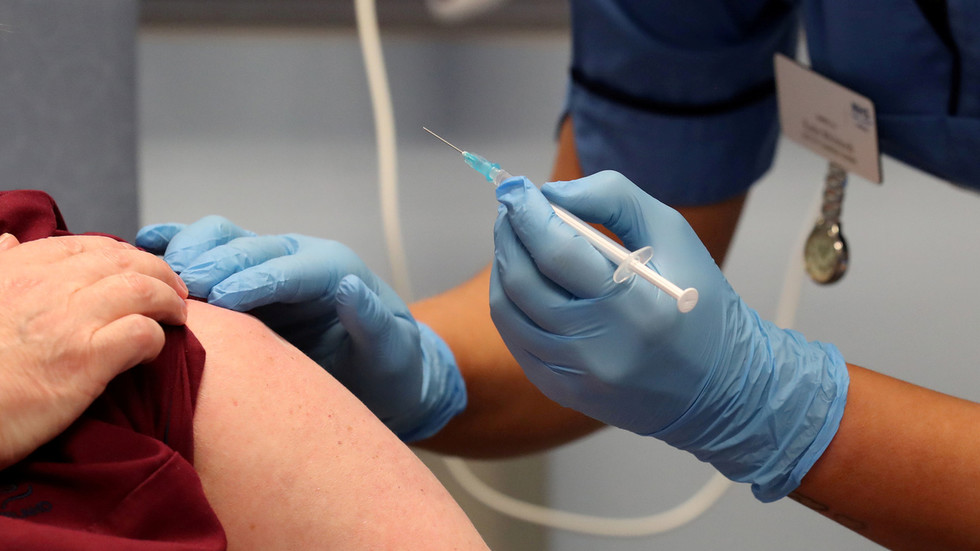 Some Britons have slammed the government after the UK parliament voted on Tuesday to make vaccines compulsory for care home staff in England unless they have medical exemption. There are others that back the move.

On Tuesday the British parliament voted by 319 votes to 246 to make Covid-19 vaccinations mandatory for those working in England's care homes. As a result, from October, anyone who works in a Care Quality Commission-registered care home in England must prove they have been jabbed twice in order to retain their job. Some people will be medically exempt.

While the bill was criticised in the house by Tory MPs, as there had been no impact assessment published before the vote, its passing was also slammed by some on social media.

On Wednesday, references to the Nuremberg Code – a post-WWII convention that seeks to protect people from cruelty and exploitation, including non-voluntary medical procedures – trended on Twitter, as exasperated Britons claimed the UK government has contravened the more than 70-year-old principle by making vaccines compulsory for work.

“The UK is now a medical fascist state” wrote politician David Kurten, leader of the Heritage Party, blasting the vote to make what he termed “experimental injections” compulsory. He added that “those who did not vote against are responsible for breaking the Nuremberg Code.”

One person claimed that the British MPs must either be “stupid or paid off,” while another asserted that they were now guilty of committing crimes against humanity, adding the hashtag #nuremburg2, a reference to the convention and the historic Nazi war crimes trials.

However, these opinions were not held by everyone, and a number of people were keen to point out the need for workers in care homes to be vaccinated, reiterating anger from earlier in the year when it emerged that care workers, many of them from non-white backgrounds, had a certain hesitancy in taking the Covid-19 vaccine.

“On the one hand, obviously staff should be vaccinated as they are caring for societies most vulnerable,” one lady wrote, adding that her mother, a care home resident, may now lose seven “valuable carers that are sadly victims of vaccine misinformation.”

This sentiment was reinforced by Dr Rohin Francis, a cardiologist and Youtuber who ran a poll on Twitter, asking “Should healthcare workers, including care home staff, have mandatory covid vaccination?” Around 9% of the 941 people who voted answered "no."

Meanwhile, human rights barrister Adam Wagner sought to dispel the myth that “the Covid-19 vaccines are experimental,” also sharing a document which outlined why mandating Covid shots is not in conflict with the Nuremberg Code. It’s “difficult policies to protect vulnerable people which involve trade-offs in personal autonomy,” he wrote in a tweet.

Analysis from February suggests that frontline healthcare staff were showing a degree of scepticism in taking the jab. While many white staff had been inoculated, only 37% of black staff were jabbed.