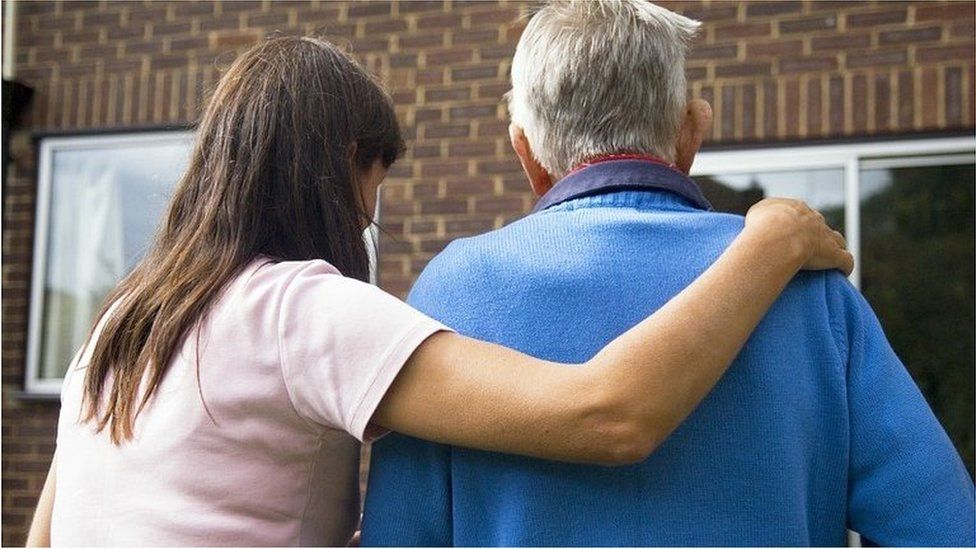 The government is promising an overhaul of the way social care is funded in England. So what's going to happen and how will it be paid for?

What is being proposed?

*  People will no longer pay more than £86,000 in care costs - that is, for actual care, rather than accommodation - over their lifetime, from October 2023
*  Once people have reached this cap, ongoing costs for personal care will be paid for by local authorities
*  Those with between £20,000 and £100,000 in assets will get means-tested help towards costs from their local council
*  Those who own less than £20,000 will not have to pay towards care costs from their assets at all, but might have to contribute from their income

How will the changes be funded?

*  National Insurance (NI) - which working people and their employers pay to ensure benefits like the state pension - will rise by 1.25% from next April
*  From April 2023, this extra payment will become a separate tax - called the Health and Social Care Levy - on earned income. It will show up separately on payslips
*  The levy - unlike NI - will also be paid by people who continue to work beyond retirement age
*  The government says the changes will cost £255 a year for someone earning £30,000, and £505 a year for someone on £50,000
*  Shareholders will also have to pay 1.25% more in tax on the profits they make 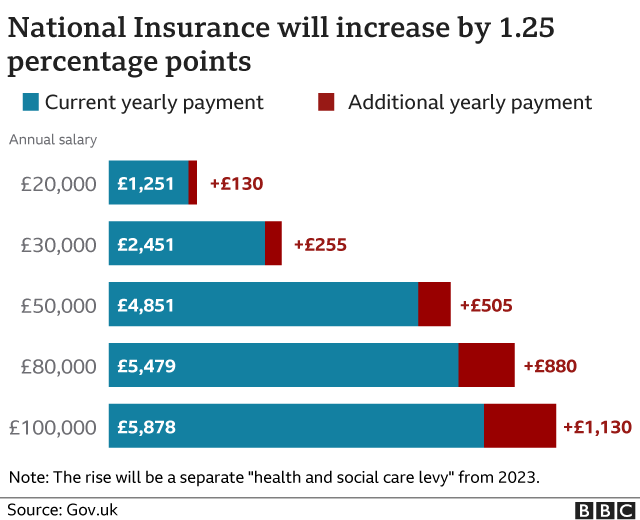 How much will all this raise?

*  The changes are expected to raise £12bn a year
*  The government says that, for three years, all the money will go towards easing the NHS backlog, before more of it is moved into social care

What about Scotland, Wales and Northern Ireland?

*  The government says £2.2bn will be made available
*  Personal care, such as help with washing and dressing, is currently free in Scotland for those assessed by their local authority as needing it
*  Some care costs are capped in Wales
*  And home care is free for the over-75s in Northern Ireland