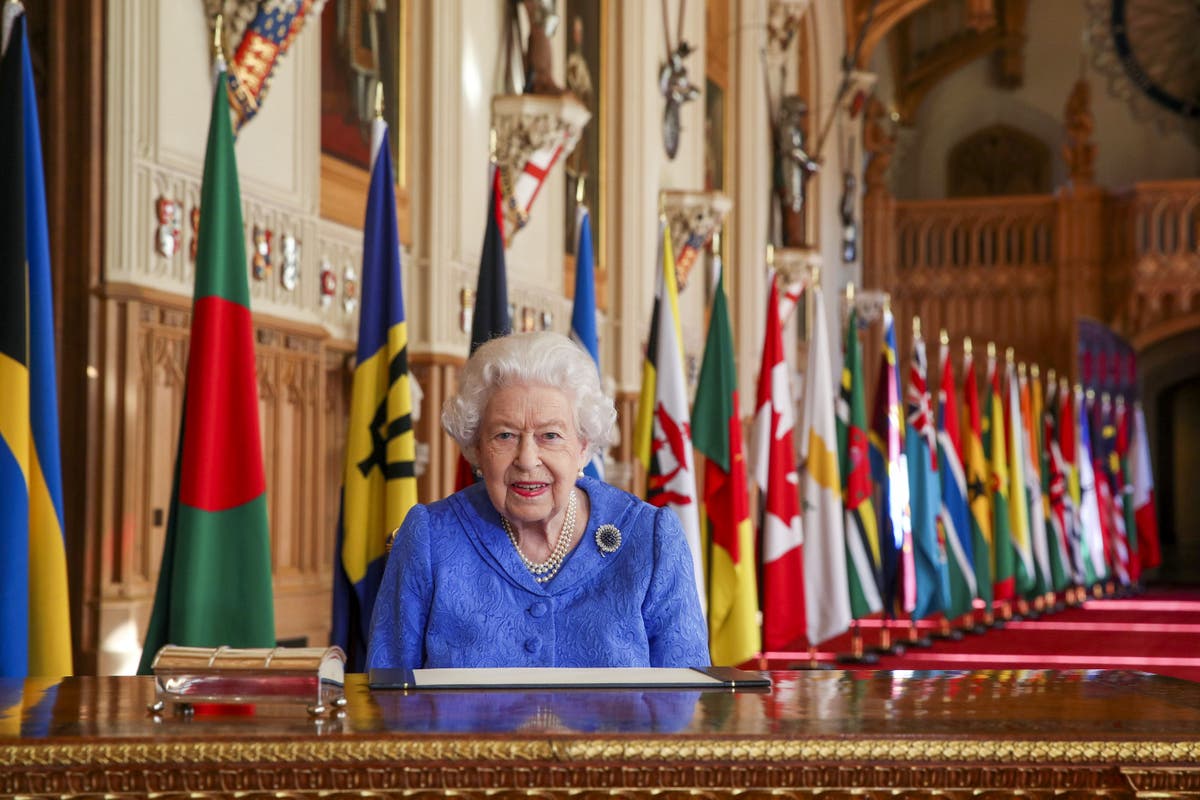 The Queen has been photographed with a smile and against a backdrop of Commonwealth flags as she celebrates the family of nations.

The image was taken during the filming of a special BBC programme being screened on Sunday marking Commonwealth Day featuring the royal family.

The image was taken at the signing of the new Commonwealth message, which she delivers annually to mark the occasion.

Last year, she spoke of how the Commonwealth is a “special community” and how its people are finding ways to work together.

The Queen was photographed in St George’s Hall at Windsor Castle wearing a delphinium blue dress and jacket of silk and wool cloque by Angela Kelly.

On her left shoulder, the head of state was wearing a chrysanthemum brooch, made from sapphires and diamonds set in platinum.

The Queen was also pictured wearing the item when she was photographed with the Duke of Edinburgh to mark their 73rd wedding anniversary in November.

She also wore the brooch for images taken on her honeymoon with Philip at Broadlands in Hampshire in 1947 and again in pictures released to mark the couple’s 60th wedding anniversary in 2007.