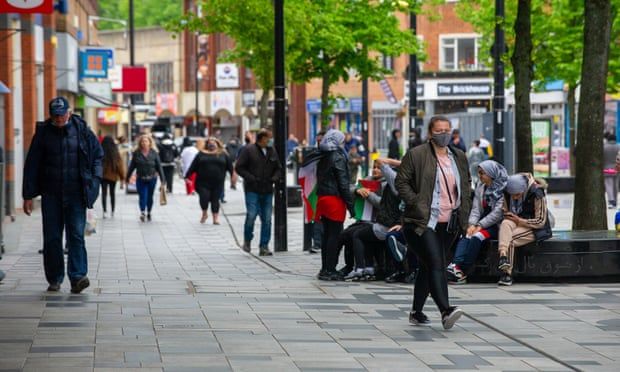 Labour-run Slough borough council in Berkshire issued a section 114 notice on Friday, after admitting it could not meet its legal obligations to meet planned running costs. Without drastic remedial action it warned its financial deficit could rise to £150m by 2024.

As a consequence, the council is to impose “rigorous spend control measures” that are likely to mean significant job losses, cuts to services, and the sale of buildings and land, to ensure it can “live within its means” in the long term.

Slough is the third English council to become effectively insolvent in the past three years, following Northamptonshire and Croydon, and its predicament reflects a much wider precariousness in local government. The National Audit Office warned in March at least 25 authorities were on the brink of bankruptcy.

Eight councils, including Slough, were told earlier this week they faced an independent government-commissioned review into their finances as ministers decided whether to bail them out financially. The others are Bexley, Copeland, Eastbourne, Luton, Peterborough, Redcar & Cleveland, and Wirral.

Although Slough said its finances had been hit hard by the impact of Covid – leading to a collapse in council tax and business rates income – a report by its chief financial officer, Steven Mair, made clear the problems were deep-rooted and linked to accounting errors, lax financial controls and poor decisions.

“Slough’s financial problems have not arisen in the past few months. The approach to financial decision-making, leadership and management, processes, quality assurance and review etc that has been adopted by the council over a number of years was not robust and consequently highly detrimental to the council,” Mair’s report said.

Many of the problems recently uncovered related to previous years, the report said, and had they been know about at the time it is likely that the council would have been unable to meet its legal duties to set a legally balanced budget – raising the prospect it could have been technically insolvent as early as 2019.

These shortcomings included weak management and oversight of a number of companies partly or wholly owned by the council, exposing it to “significant financial risk”. The council has borrowed £580m since 2016, and the cost of servicing these loans added to the pressures on its budget.

An audit revealed in May that the council’s reserves – thought to be £7.5m – were only £500,000 after it emerged they had been drained to correct an accounting error made two years previously that had overestimated the council’s income from a commercial joint-venture, Slough Urban Renewal.

The leader of the council, James Swindlehurst, said: “The process of repairing council finances continues and our commitment to the provision of essential services remains unchanged: bins will still be collected, potholes still filled, care still provided to our most vulnerable.”

However, the opposition Conservative group leader, Wayne Strutton, said Slough’s plight was “a consequence of years of financial negligence and over-ambition by the Labour administration. It is time that those responsible for this financial catastrophe are held accountable.”

Slough had approached the Ministry of Housing, Communities and Local Government (MHCLG) in December for approval to spend £15m of capital loans on funding day to day costs. However, the section 114 report said the emergence since March of a growing number of financial issues meant this sum was not enough.

Last week, the Tory-run Peterborough council was told by its auditors than even with £24m of government bailout loans agreed in February it would need more government financial support or be forced to undertake a “significant unplanned reduction in services” to remain financially viable.

“Whilst we have found that the authority has responded appropriately to its deteriorating financial position, we have serious concerns about the authority’s current and future financial resilience and ability to remain viable following the Covid-19 outbreak,” a report by auditors Ernst and Young said.
#COVID-19  #Covid
Add Comment