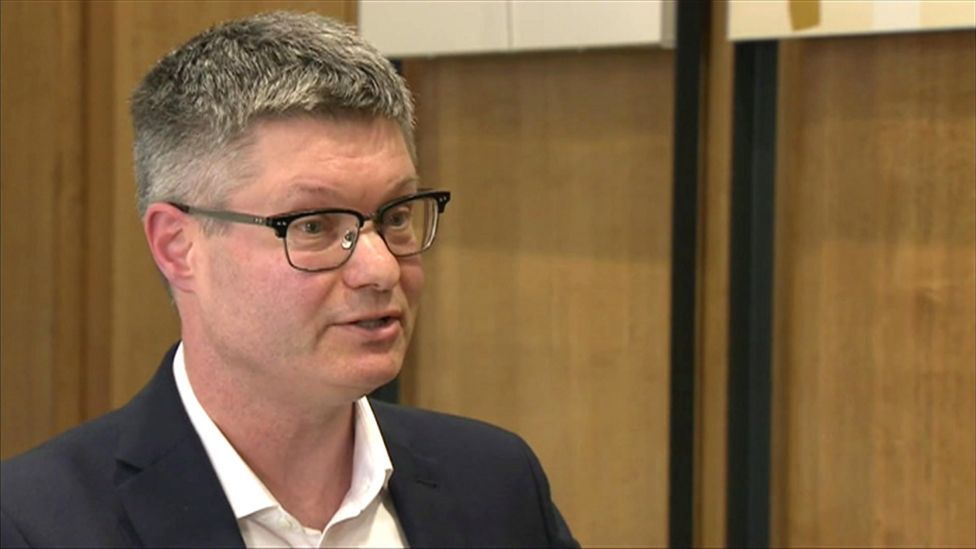 Slash business rates to save High Street, says Next boss

Business rates for High Street retail stores should be slashed by 35%, according to the boss of one of the UK's biggest retail chains Next.

Lord Simon Wolfson says that unless the government sets rates at a level that is fair, a huge number of shops will have to close unnecessarily.

He said the current system was "unfair" to bricks and mortar retailers, many of whom are struggling in the pandemic.

The Treasury said it is conducting a "fundamental review" of the system.

Mr Wolfson told the BBC the value of High Street retail properties had fallen dramatically in the crisis "but the business rates bill hasn't reflected that".

He used his own experience at Next as an example. "In-store sales at Next have gone down 25% since 2015 but our rates on those properties have gone up 9%. They have become unfair because they no longer reflect the value property against which they're charged"

Some of the cost to the government of a retail business rates cut could be offset by raising rates on warehouses and online fulfilment centres, he said. Their value has risen significantly as more retail has moved from the High Street to online.

"Rents on shops have been coming down, rents on warehouses have been going up and the rates don't fairly reflect the value of warehouse property either. So I think the government can fund some of this by increasing rates on warehousing by around 50%".

Wolfson is widely considered to be one of the canniest operators in UK retail and NEXT's significant on-line business has helped the company weather the assault of e-commerce on traditional retail.

Next is one of the UK's 100 biggest companies - the problem for small retailers is much more acute. 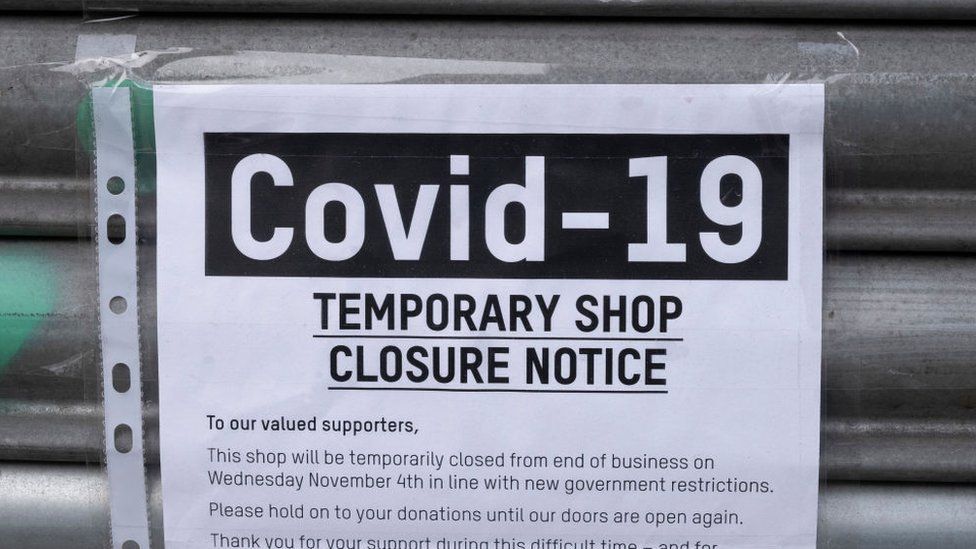 Peter Budek runs the Eagle bookshop in Bedford. He took a big risk last year by moving into a new bigger building so will start paying business rates for the first time when the current rates holiday comes to an end - currently scheduled for April.

He said the prospect of paying rates almost stopped him expanding and says that the current system is stifling the growth of small firms.

"The business rate factor was a big, big thing. You go from paying very little or zero business rates in our tiny little place before, to suddenly having a substantial liability and that nearly put me off.

"So what we've done here, may provide some sort of incentive to other businesses in Bedford to step it up a notch, but they will be put off by the rates system."

There are 30 billion reasons not to reform the system. That's the total amount the government collects (in pounds) from business rates. But you can't tax a dead business and the High Street in the UK was the scene a jobs bloodbath in 2020.

The Centre for Retail Research calculates that more than 175,000 jobs were lost as some of the most famous High Street names went bust. 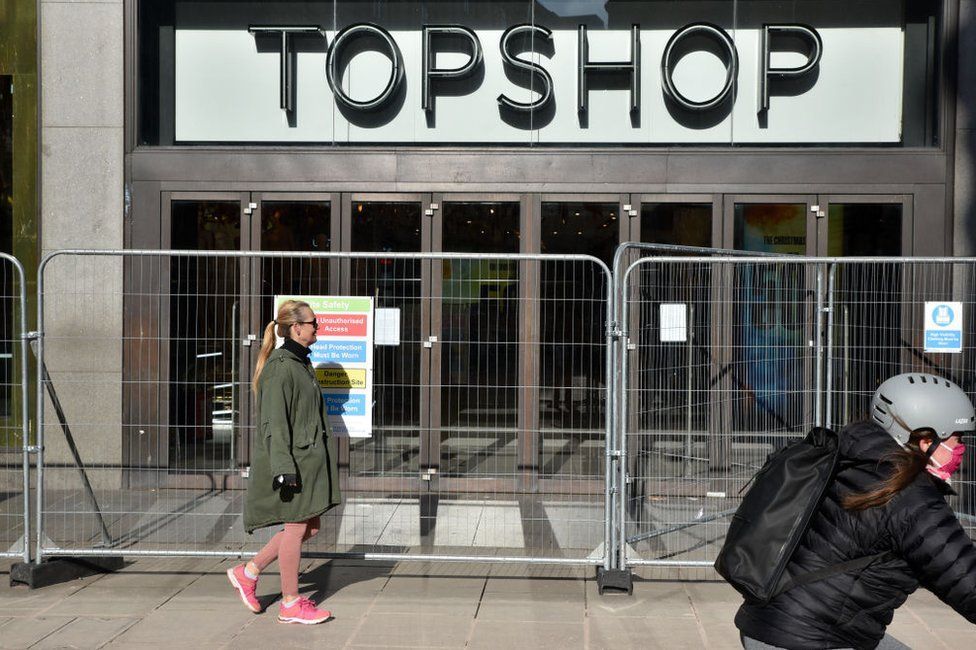 "I think we're at quite a pivotal place on the High Street history… we've had a dramatic drop in the value of retail properties because sales have dropped so far and many retailers are on the edge of administration.

"For those companies particularly if they go into liquidation, whether or not their new owners decide to take them on and keep those shops on, or close them, will depend on both the rents and the rates that are being charged.

"So over the next year or two, having the rates set at a level that is economic and fair is going to make an enormous difference to how many shops stay open in the short term. And it would be a shame for a huge number of shops to shut unnecessarily because rates are too high."

Lord Wolfson admits that cutting business rates on high streets while raising them on warehouses will come at a cost to the stretched public finances. That's one reason some have suggested an online sales tax to level the playing field between physical and online retailers while filling a hole in tax receipts.

But that would be a mistake according to Lord Wolfson.

"I'm against an online sales tax because ultimately the consumer will pay the price of that and actually I don't think anyone is going to go back to the High Street because there's a 2% online tax or whatever number they come up with. You cannot tax people back on to the High Street.

"An online tax isn't going to get people back... it is going to put a hole in consumers' pockets." 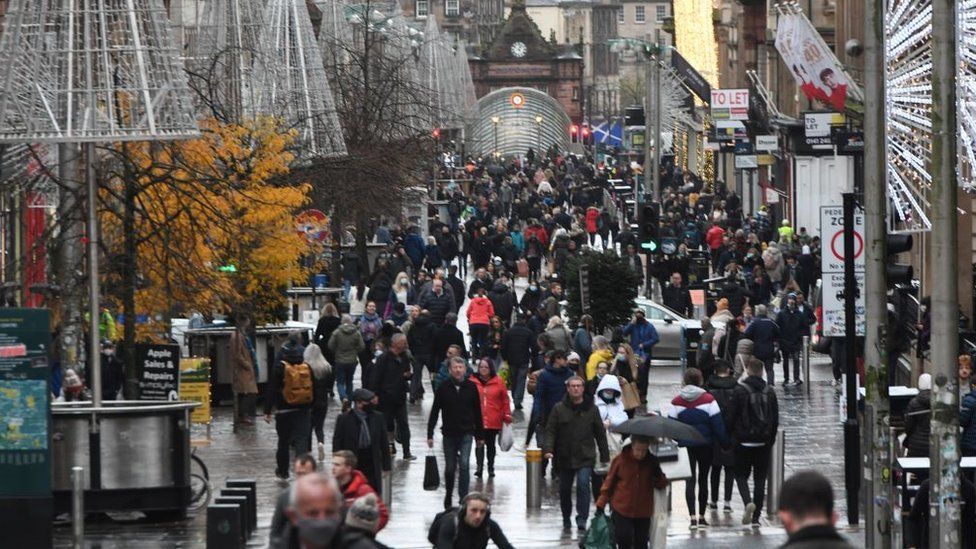 The real challenge may not be the tax and rates system but the nature of the opposition High Street retailers are up against. It is almost impossible to compete against giant online retailers who don't seem to care if they make a profit from e-commerce - and as a result pay very little corporation tax.

Lord Wolfson has a solution: "There are some internet companies who frankly don't want to make a profit they just want to turn over as much as they can until all of their competition go out of business and then raise their margins later.

"So there is an argument for an online sales tax to stop people avoiding corporation tax. But a better way of doing that is to say if you're an online business, pay either 2% of your turnover or 19% of your profits, whichever is the higher.

"That would forensically attack those people off-shoring profits whilst not damaging the nascent internet business which, frankly for us traditional retailers, is one of the few things actually keeping us afloat."

The government is aware of the challenge. At next month's Budget, it may yet extend a business rates holiday currently scheduled to end in April and says the business rates system is under review.

"We want to see thriving high streets, which is why we've spent tens of billions of pounds supporting shops, restaurants and cafes throughout the pandemic, including over £10bn worth of business rates relief," a Treasury spokesperson said.

"We're currently conducting a fundamental review of business rates and are considering responses to our call for evidence now."

It's not easy to reform a system that has been in place for decades, contributes billions to the public coffers and is a valuable source of funding for local authorities who get a large part of their own income from the rates imposed on local businesses.

But failure to reform could see this once-golden goose unable to lay the eggs of future prosperity for UK high streets.