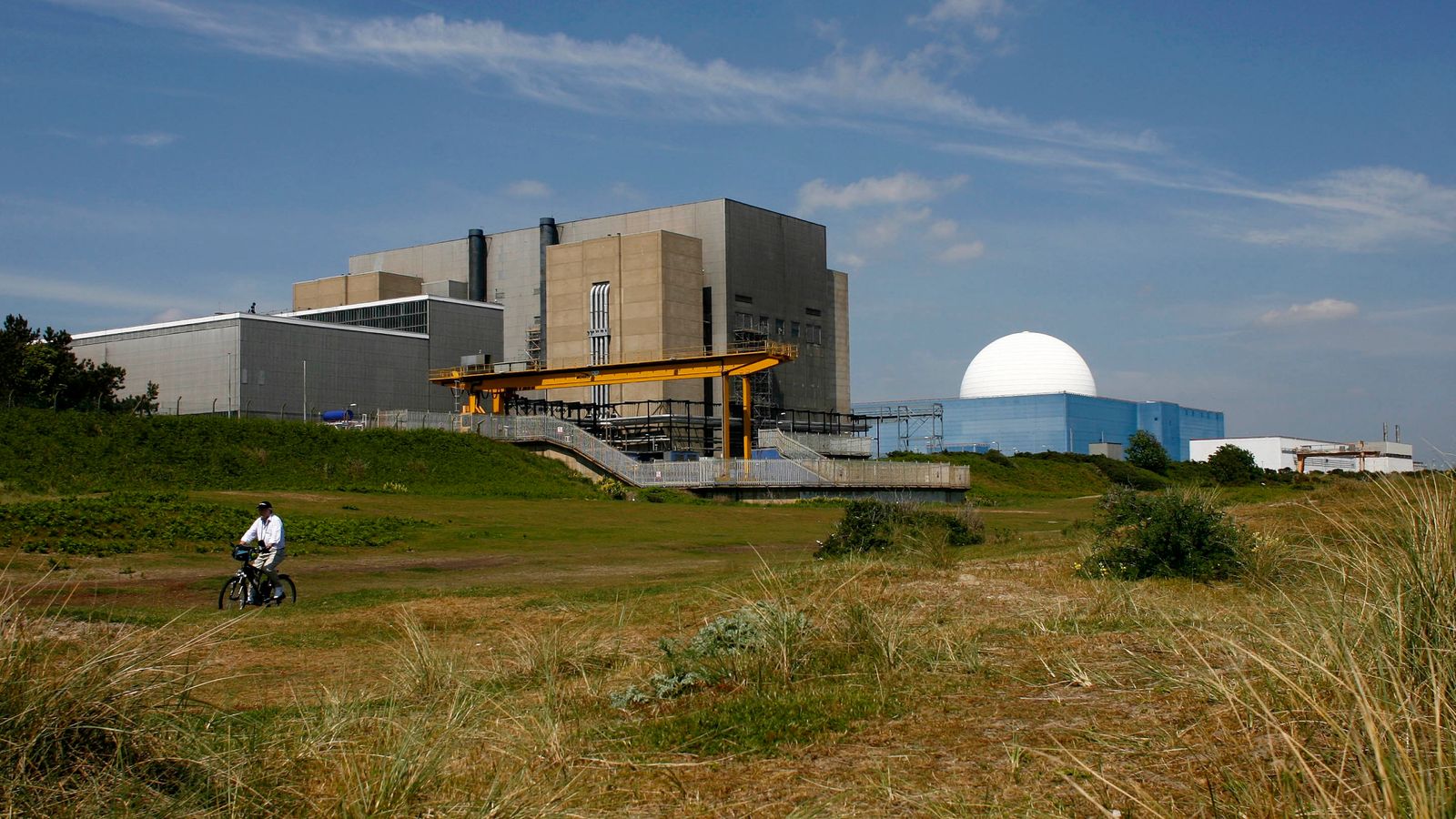 The news is met with delight from unions and nuclear power advocates, but environmentalists are unhappy and a local group has vowed to continue its campaign against the power station.

The government has granted development consent for the new Sizewell C nuclear power station in Suffolk.

It is hoped that Sizewell C will generate enough low-carbon electricity to supply six million homes, and that the multi-billion pound investment in nuclear power will insulate the UK from volatile energy prices.

Carly Vince, Sizewell C's chief planning officer, said she was "delighted" with the news, adding: "Sizewell C will be good for the region, creating thousands of opportunities for local people and businesses.

"It will boost local biodiversity and leave a legacy Suffolk can be proud of."

She promised to "work closely" with local residents, local authorities and environmental groups "to make sure we minimise the impacts of construction and maximise the huge opportunities for the area".

But a spokesman for campaign group Stop Sizewell C said: "The wrong decision has been made but it's not the end of our campaign.

"Not only will we be looking closely at appealing this decision, we'll continue to challenge every aspect of Sizewell C because, whether it is the impact on consumers, the massive costs and delays, the outstanding technical questions or the environmental impacts, it remains a bad project and a very bad risk."

In March, the government announced it plans to take a 20% stake in Sizewell C and the French power giant EDF would also take a 20% share in the delayed £20bn project.

Discussions are continuing with the government regarding funding, with a Financial Investment Decision expected in 2023.

'Extreme temperatures have shown that we cannot afford to delay'

Unions called for the project to be pushed forward.

Charlotte Childs, GMB national officer, said: "The UK's nuclear programme has been delayed too many times due to political decisions. We need further investment in nuclear to secure good jobs for the future."

"Sizewell C will provide reliable low-carbon power for more than 80 years, cutting gas use, creating thousands of high-quality, skilled jobs, and long-term investment and opportunity up and down the country.

"Sizewell C will be one of the UK's largest ever green energy projects, and this decision significantly strengthens the pipeline of new nuclear capacity in Britain."

Sizewell C 'represents all that has been wrong about energy policy'

He said: "A nuclear company, saddled with problems - from failing reactors to having to be nationalised - is getting a stitched up deal behind closed doors leading to extra costs on energy bills, unmanageable waste for future generations and an expensive white elephant project. That it's trashing an important nature reserve is an unwanted bonus.

"Rather than wasting time and money on this red herring energy solution, the government should throw everything at making cheaper, cleaner and more reliable renewables the backbone of our energy system.

"Whatever else is going on in UK politics at the moment, there's no sign of a fresh start here."