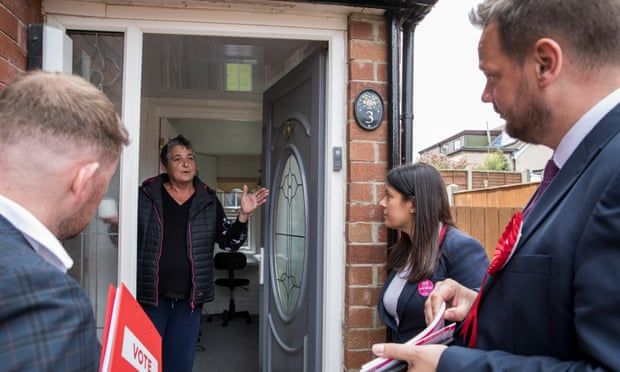 It was nearing 4am on election night in 2019 when Wakefield became yet another piece of Labour’s crumbling “red wall” and the new Conservative MP, Imran Ahmad Khan, declared that residents had “for too long felt taken for granted” and promised to give them a voice.

Two and a half years later, the West Yorkshire city and its surrounding towns are fighting to have that pledge fulfilled after being left unrepresented in parliament owing to a lengthy legal battle that ended with Khan being jailed for child sexual assault.

Now the upcoming byelection – along with a similar contest in the seat of Tiverton and Honiton in Devon, where the Liberal Democrats are the main challengers – could be the final straw that ends Boris Johnson’s premiership.

Partygate, the cost of living crisis compounded by rising taxes and inflation, as well as Khan’s conviction, have led most Conservatives to write off the contest in Wakefield.

But Labour knows that having made only one gain in a byelection in the past decade, it must regain the seat convincingly to show it is making continued inroads into its former heartlands and is firmly on the path back to power. 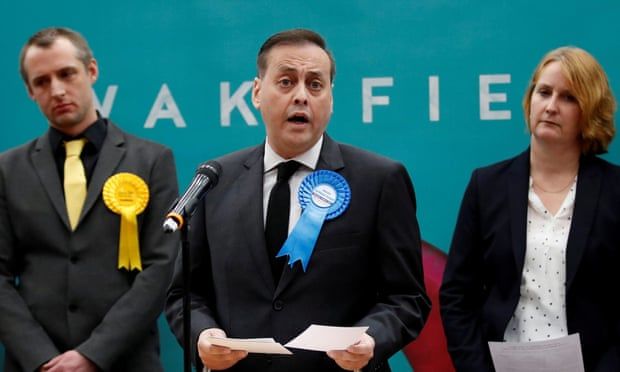 Nicknamed by some admirers as the “northern queen”, Lisa Nandy, the shadow levelling up secretary, is candid about the challenge ahead as she strides down the hilly roads in Ossett, a market town on the periphery of Wakefield.

“I watched the devastation that unfolded across the country on that night in December 2019 and I knew the break was painful, but I also wondered if it was permanent,” she says.

Labour narrowly held on to nearby Batley and Spen in a byelection last summer. It showed “that break doesn’t have to be permanent”, Nandy says, though she adds: “To treat this [byelection] as anything other than a mountain to climb would be complacent.”

But there are signs of progress for the party. Labour made gains at the last local elections on Wakefield council, which it runs, and secured an emphatic victory for Tracy Brabin in the West Yorkshire mayoral race in 2021.

And in Ossett, John Musgreave, 54, a lorry driver who voted Conservative for the first time in 2019, defying family tradition in a protest against Jeremy Corbyn’s leadership, says he is now “borderline”.

“The way things are going at the moment for Boris, it doesn’t look good for him,” Musgreave says, voicing frustration at the prime minister’s response to Partygate. “To me, the right thing for him to do would be to say ‘yeah, I’ve done it wrong and I should resign’.”

Musgreave says he recently got a pay rise, but it has in effect been “taken back off me” by the national insurance contributions hike, while he says the price of fuel has “gone through the roof”.

The 5p-a-litre levy reduction announced by the chancellor, Rishi Sunak, in March has done nothing, he says, because forecourts are not passing the savings on. “They’re saying it’s all Russia’s fault, but it’s like they look for an excuse all the time. It’s just the way the country’s run.” 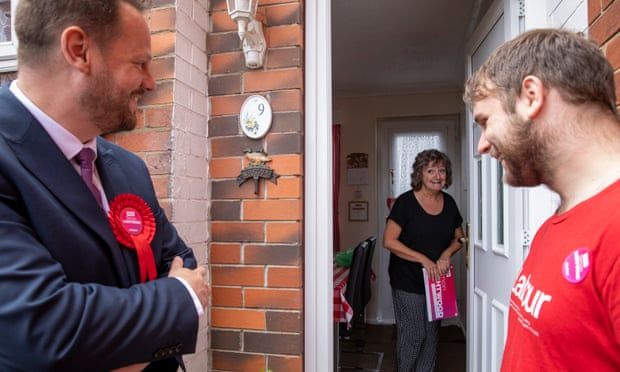 Gillian Bell at her doorstep: ‘It’s just not what we expected.’

Gillian Bell, 62, is another longstanding Labour supporter who switched to voting Conservative – as recently as the local elections a few weeks ago, in a ward that is represented by three Tory councillors. But given the national attention on the byelection, she wants to vent her frustration that the promised changes for Wakefield in 2019 went undelivered.

“It’s just not what we expected,” she says. “It just makes you think: have you done the right thing? Has life been better for you?”

But that does not mean everyone is persuaded yet to return to Labour. Jerry Lawrence, a management consultant, says he is nudging at the 40% tax bracket and feels more needs to be done to take on “these corporations earning billions of pounds”.

Labour’s long campaign for a windfall tax on offshore oil and gas companies was welcome, he says, as was its candidate Simon Lightwood’s suggestion that the national insurance rise should be reversed.

But while Lawrence says Johnson is “probably not my favourite” and appears to be “a bumbling old idiot”, he believes Labour is too often “sniping from the sidelines all the while and making too much of Partygate”.

He says: “They need to get really back to convincing the people they’ve got some solid manifesto promises and actually deliver.” 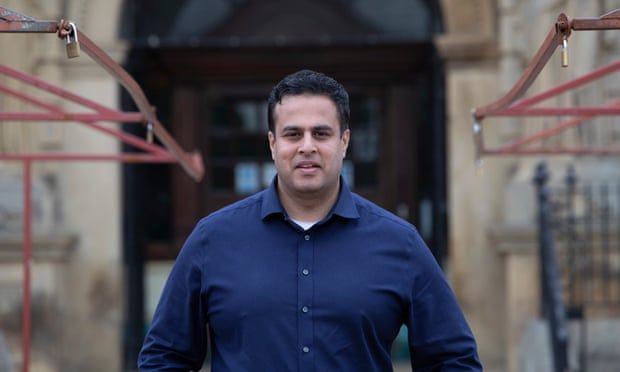 Senior Tories in Westminster say they fully expect to lose the byelection, pointing to Wakefield having been a Labour seat for 87 years until the exceptional 2019 result.

Nadeem Ahmed, the Conservatives’ candidate, says he is well known because of his local credentials, though was also ousted as leader of the local party’s group on Wakefield council last year.

He dismisses Partygate as “playground politics” and a “Westminster debate”, saying voters in Wakefield don’t want to talk about it and are more focused on solutions than “whinging”.

It is clear that while a buzz surrounds the Queen’s platinum jubilee, with a deep-rooted patriotism clear from flags adorning the high streets from bars to opticians, the biggest thing voters want from their next MP is to build renewed pride in the area.