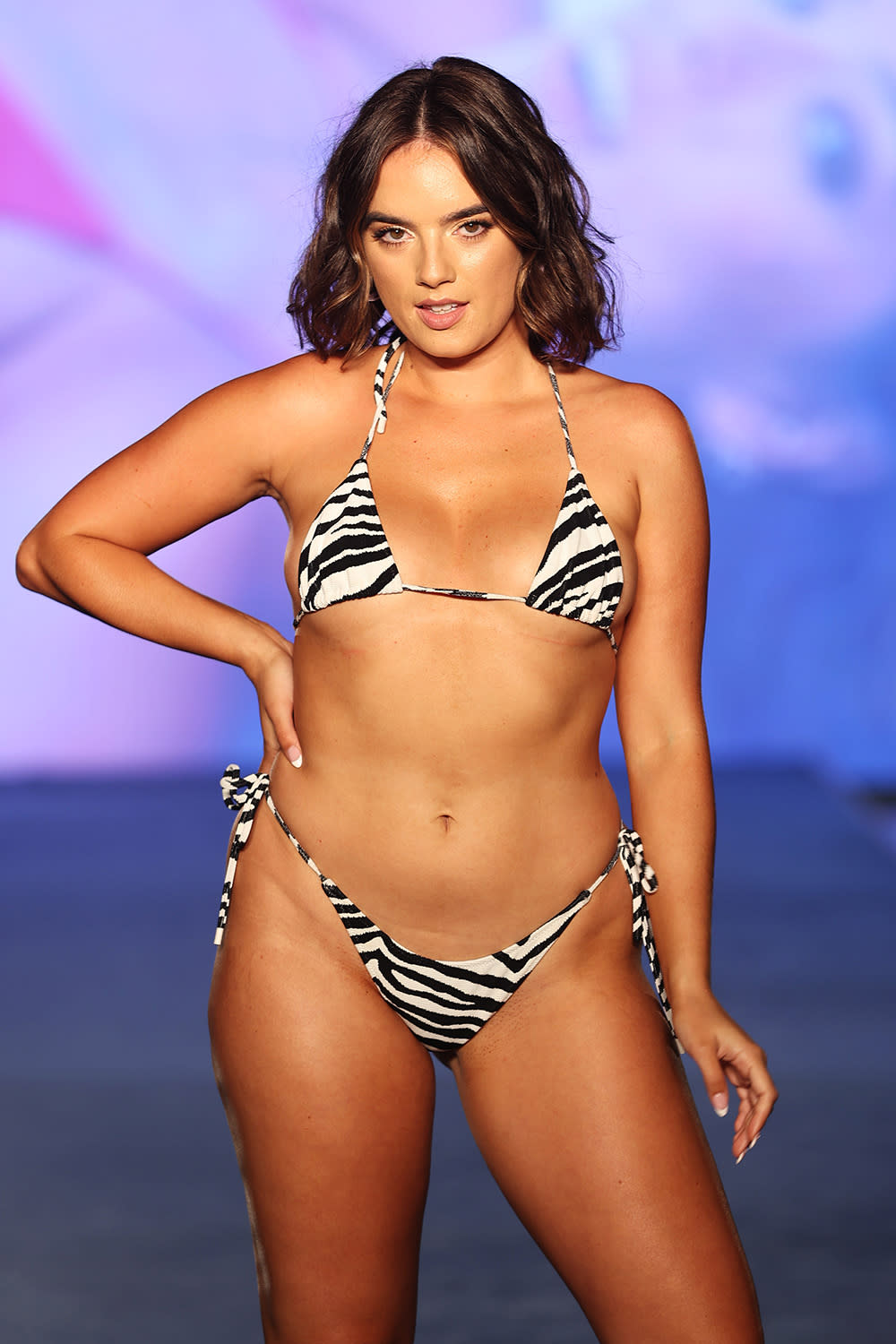 Natalie Mariduena, an SI Swimsuit model who has nearly four million followers on Instagram alone, is hoping to raise awareness on "body normalcy."

The model first made a splash in the pages of the magazine in 2021 and was featured in this year’s issue available at newsstands now.

"In the industry, you see models who are very thin or your see plus-size models, but there isn’t this genre of modeling that’s right in the middle," the Chicago native told Fox News Digital. "I try to champion that for other people. I want to be an example of that and show that it’s cool and it’s beautiful. [On social media] I show my body, I show my life, I show what I represent and what I value with no filter. Whether it’s a bikini image or just an image of me out in the street in a cute outfit, I want to show that the normal body size is valued."

The 25-year-old insisted that she wants to use her platform to show her female followers that one doesn’t need to rely on filters and Photoshop to look beautiful.
"I have so many followers who are young women, very impressionable and looking at me as an example for themselves," she said. "I try to connect with people, whether it's through DMs or the comments section. I’m often told, ‘I have your body type — thank you for showing this.’ These people are showing their appreciation towards me and I want to give that love back. Because I have this platform, I think it’s more important than ever that I provide positivity for women."

Mariduena praised SI Swimsuit for celebrating different body types, as well as women of various ages. For the 2022 issue, Mariduena was photographed in Belize by veteran photographer Yu Tsai."It’s the best feeling in the world as a model to be part of a magazine that accepts and celebrates you for being you," she said. "I remember we ended up shooting around 15 bikinis bright and early that day, out in the jungle. I’m in waterfalls, I’m laying on rocks, I’m hanging on bridges, standing in rivers … [but] it was like a little party. You wouldn’t know it from looking at the photos, but there are like 20-25 people standing behind the camera just hollering, encouraging and motivating you. They’re having a little dance party for you."While this wasn’t Mariduena’s first time appearing in the magazine, her photos this year left her stunned, she insisted."I was in shock," she said. "I saw some of the photos as we were taking them, but to see them in the actual magazine, it’s such a surreal feeling. It’s so strange being this small-town girl from Illinois just having no idea that things like this were a possibility for her. … And being part of ‘Sports Illustrated’ is probably one of the most empowering experiences I’ve ever had. I’m able to celebrate my body. They’re so inclusive and accepting. They do such a great job of including all women and creating such an accepting community that uplifts each other."

Despite her achievements, Mariduena said she doesn’t always wake up feeling like a supermodel. Like anyone else, there are days when she could use a much-needed boost of confidence. And those are the moments when she enjoys disconnecting from social media. 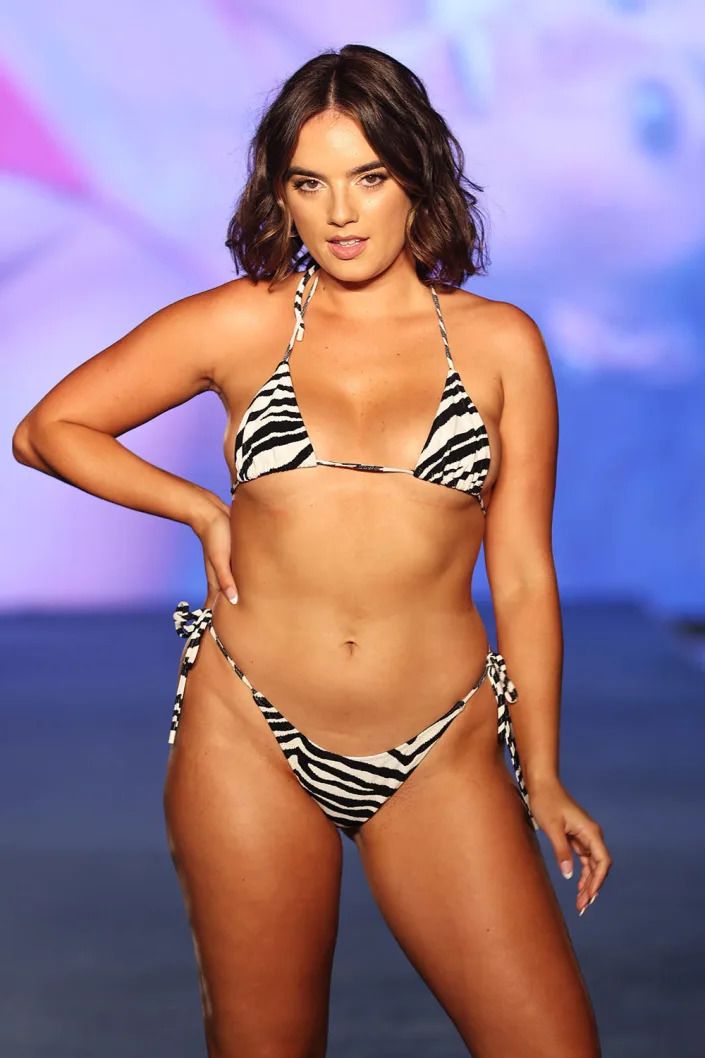 "On those days, I do what I love," she said. "I love a good meal. I love visiting my favorite restaurant. I love my healthy food and I love my junk food. I think it’s all about balance. I just like to give a day for myself. It can be something as simple as staying at home and enjoying a good meal or going to the beach. I also love to lean in on my friends. I think it’s important to have a positive, encouraging circle to lean on whenever you’re feeling bad. I know they always snap me right out of it. Being told, ‘You’re doing so well, keep going,’ goes a long way. I’m so lucky to have that support system. I think it’s very important." 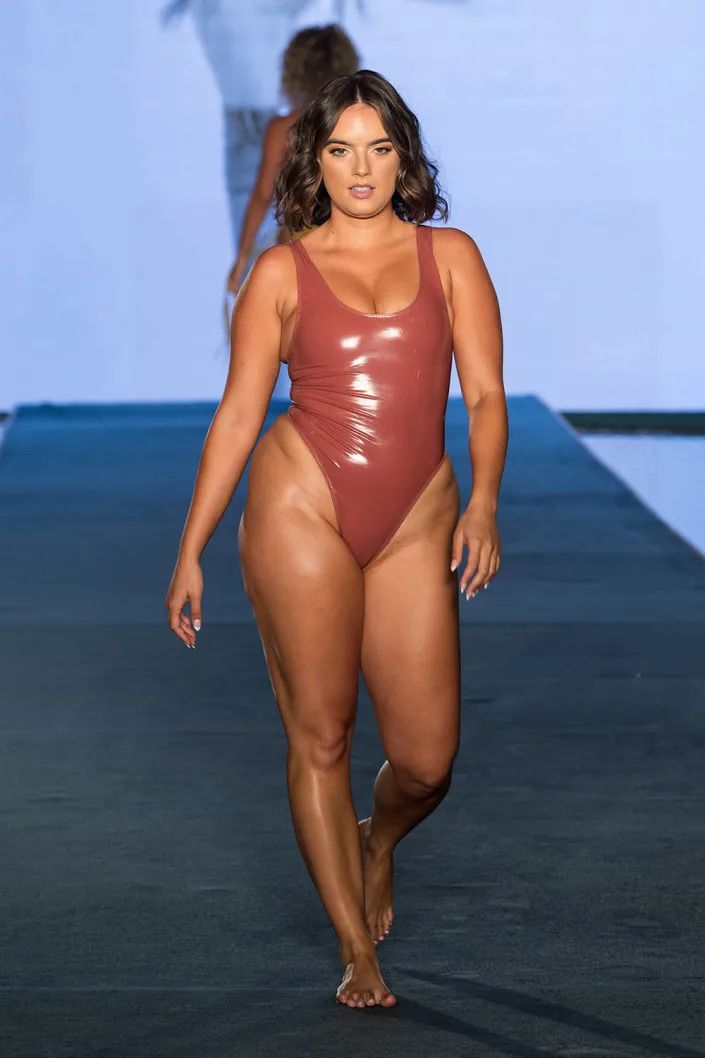 Natalie Mariduena said it's important for all bodies to be represented in the fashion industry.

Mariduena has more than 8 million followers on her social media platforms. She’s known for promoting "Do Good" initiatives that focus on sustainability, female empowerment and body positivity. She said they’re essential now more than ever.

"I think cyberbullying is so prominent in social media," she said. "It’s so important to spread positivity and love for other people. Even when someone is doing well, you want to support them and motivate them. Your words, whether you have a large following or just your circle of friends, they matter. Your words affect people. There’s no need for hate and negativity. That’s the message I want to share."

"When I was younger, and I think this is typical for many girls in high school, I always felt that I needed to look a certain way or act a certain way to impress social circles," she continued. "It wasn’t until college that I realized that being different, being outside the norm, is much cooler. I think that’s been the big key to my success. I don’t always follow the trend if it doesn’t feel right to me. I dress however I want, which makes me feel good. I follow my head and my heart. It seems to be working out so far."

Mariduena said her goal is to collaborate with more fashion brands and designers in hopes of having her body type seen by others who can identify with her. She praised how the modeling industry has evolved over the years and is eager to see what else it can do for women. 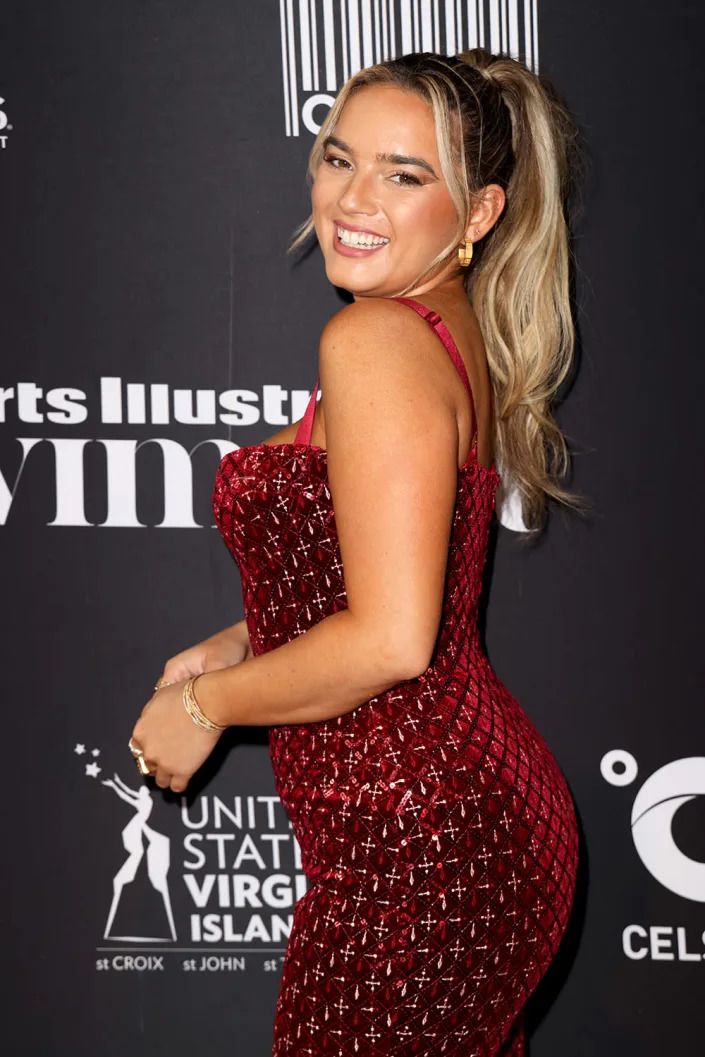 Natalie Mariduena attends as "Sports Illustrated Swimsuit" celebrates the launch of the 2022 Issue and Debut of Pay With Change at Hard Rock Seminole, May 21, 2022, in Hollywood, Florida.

"I’m a fashion girl at heart," she said. "And I hope women look at me as a source of relatability. I hope when women see me, they can see a part of themselves and feel represented. That’s my goal. I want women to feel that they can do it, too, and their dreams can be a possibility. It was a possibility for me."