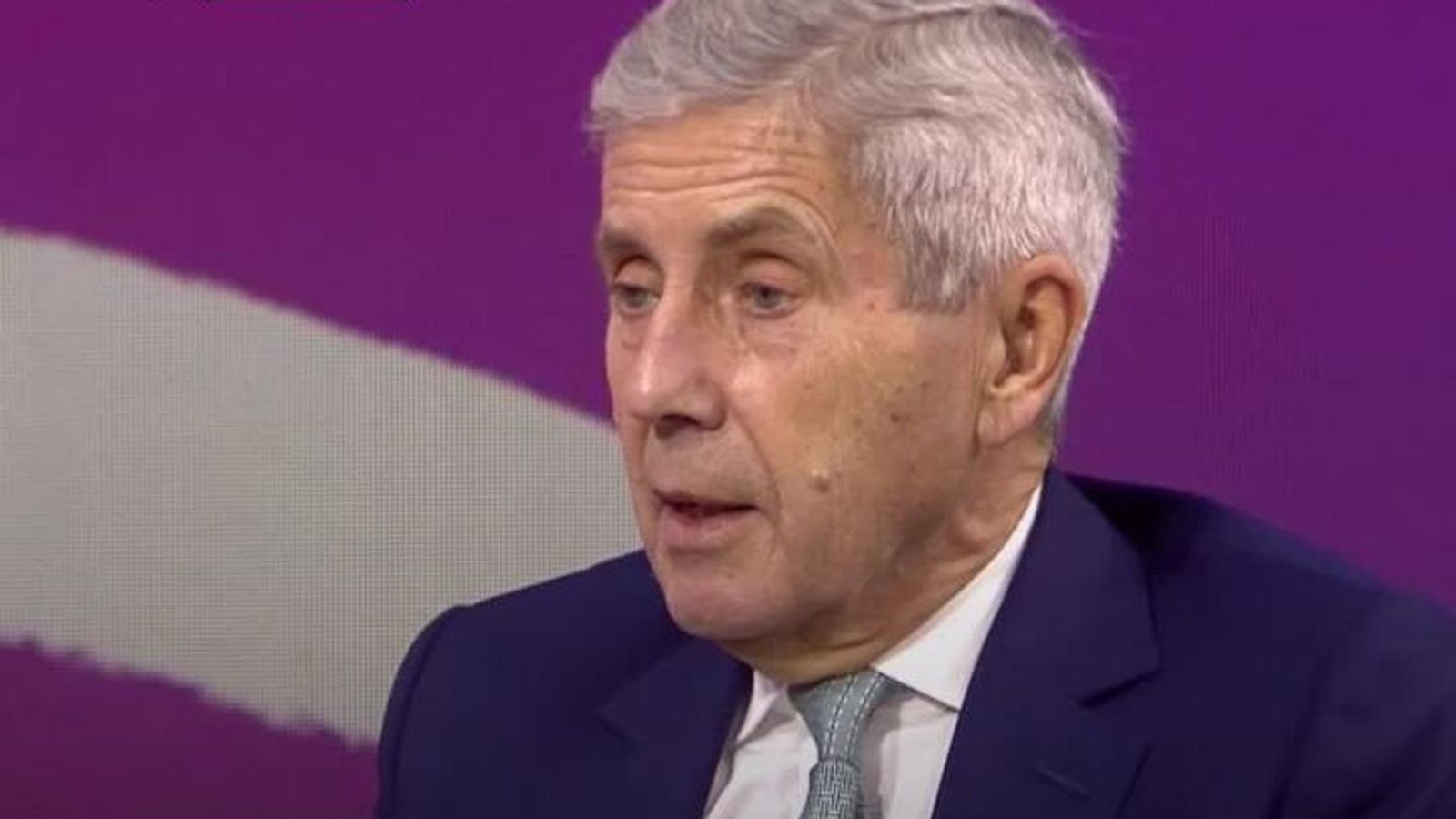 'Shocking' that one in five UK households are short on money to live on each month, Asda boss says

Giving his thoughts on the winter of strikes, Lord Rose suggested that some workers "are pushing it a little bit harder than perhaps they should", and asked individuals to be "thoughtful".
The chairman of one of the country's biggest supermarket chains says it's "shocking" that in modern Britain one in five households haven't got enough money to live on each month.

Asda boss and Conservative peer Lord Stuart Rose told Sky News' Beth Rigby Interviews programme that people are eating less and cutting back on shopping as they struggle to provide for their families amid the cost of living crisis.

Describing living conditions as "very tough", Lord Rose continued: "So what we'll see is that people, I think, will want a good Christmas, they'll want to have a nice celebration on the day, they'll want to look after their children.

Probed on whether he is suggesting that according to Asda's surveys, one in five households are running a monthly deficit so they are in debt by the end of the month, Lord Rose replied: "Correct."

He added: "It's shocking that we live in a place like that today, that there are one fifth of all households who are struggling.

"I've seen it myself in stores. People coming to the counter to the till and saying, well, actually, I've now spent £25 of my £30 of my £40 that I've allocated for myself this week and don't put any more through the till."

As the cost of living continues to rise, planned industrial action is taking place in a whole number of UK spheres, including healthcare, with nurses and paramedics walking out alongside postal workers, Border Force agents, firefighters, driving instructors, bus operators, airport baggage handlers and even coffin makers.

Giving his thoughts on the winter of strikes, Lord Rose suggested that some workers "are pushing it a little bit harder than perhaps they should", and asked individuals to be "thoughtful".

"We need to look at every case on a case by case basis," he said.

"I'm not going to go into the detail of who I think has got the better case and the worst case. But some people are pushing it a little bit harder than perhaps they should. And some people do deserve these rises.

Lord Rose continued: "Nurses definitely deserve a pay rise. But, you know, at the end of the day, nurses are asking for a big double-digit increase. Now you have to ask yourself, is that affordable?

"The answer is, in the current state of the National Health Service, it probably isn't."

The Conservative peer also suggested that former prime minister Boris Johnson had been bad for business as "the relationship between government and business in the last two or three years has been pretty rocky".

He continued: "It's not a question of like or dislike. You know, you expect when you have a leader that your leader will be fit for purpose. And I don't think that Boris Johnson was fit for purpose.

"It's good to see under the new premiership now that we've got beginnings now. So let's build some bridges."

Lord Rose added that he believes Brexit "hasn't worked in the form that it was sold".

"We have not taken the benefits yet of significant trade deals elsewhere. We have not deregulated. We have not in any form or fashion got the best advantage that we thought we were going to get," he said.

Responding to Chancellor Jeremy Hunt disputing the OBR Brexit forecasts and not accepting the impact that leaving the EU has had on the economy, Lord Rose added: "I think it's rubbish. You can't ignore the facts."
#Boris Johnson  #Johnson
Add Comment