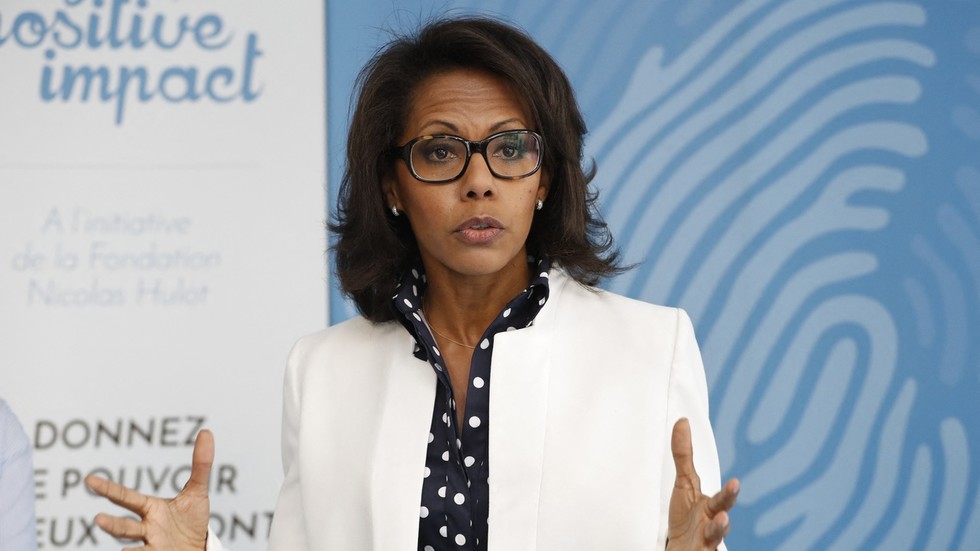 ‘Shocking’ & ‘racist’: Politician in hot water over telling whites to ‘be silent’ when people of color discuss racism

A black deputy mayor of Paris, Audrey Pulvar, has sparked controversy online after she said white people should remain “silent spectators” if they attend meetings where people of color discuss racism.
A former TV host and journalist, Pulvar, told the French BFM TV on Saturday that she was “not shocked” to hear that people of color hold meetings closed to the whites. The politician, who now serves as a deputy to the Paris mayor, Anne Hidalgo, referred to a high-profile incident earlier this month, which saw the National Union of Students of France (UNEF) organizing meetings on racism that were off-limits to the whites.

Pulvar, herself a black person, said that “people who are discriminated against for the same reasons and who feel the same way need to meet together to discuss it.” Still, she believes it would not be quite right to outright ban the white people from attending such meetings altogether.

Instead, Pulvar suggested that a “white woman or a white man that comes to this workshop” could be asked to “be silent, to be a … silent spectator.” The words of the politician, who leads the Socialist Party’s list at the upcoming regional elections in the French Ile-de-France region, immediately ignited a heated debate online.

The deputy mayor’s statement was branded racist and contrary to the French values. Valerie Pecresse, the President of the Regional Council of Ile-de-France, said that, in her region, no person “should be discriminated against because of the color of their skin.”

“There is no such thing as “acceptable” racism!” she said in a fiery tweet.

Pecresse was supported by the French MEP Agnes Evren, who called Pulvar’s statement “scandalous” and revealing the “moral decay” of the Left as well as “racist sentiment” against the “white-skinned French.” The leader of the right-wing National Rally (former National Front) party, Marine Le Pen, went as far as to demand the French prosecutors open a probe against Pulvar over the alleged “racial discrimination.”

Yet, there was no shortage of those who rallied to Pulvar’s defense. The head of the left-wing France Unbowed party, Jean-Luc Melenchon, argued that the politician is by no means racist, adding that she simply defined “what a support group is.” He also accused her critics of “sexist and discriminating attitude” and called on the Socialist Party to “defend their candidate.”

A group of French journalists, including Fabien Randanne and Alice Coffin, also sided with Pulvar. Coffin accused Pulvar’s critics of falsely believing that “their word is essential … at all times” while Randanne said the Paris deputy mayor just explained what “being a good ally” means.

Others, however, were not so supportive. Another French journalist, Dominique de Montvalon, assumed Pulvar’s true goal was winning the support of Melenchon’s France Unbowed – something she apparently accomplished, according to the reporter. A French-Israeli journalist, Julien Bahloul, even compared her words to anti-Semitism, adding that people need not exclusion now but allies.

The debate also drew attention of the French Minister Delegate for Foreign Trade and Economic Attractiveness in President Emmanuel Marcon’s government. The minister, Franck Riester, said it was “necessary to do exactly the opposite to what was said by Audrey Pulvar.”

Pulvar herself sought to address the controversy by bringing up another hot topic of the modern times. In her tweet, she said that such exclusive meetings should not be limited to the issue of skin color and should cover LGBTQI+ issues as well. She also added that, as a straight woman, she would “shut up and listen” in case she attends an LGBTQI+ meeting.
Add Comment