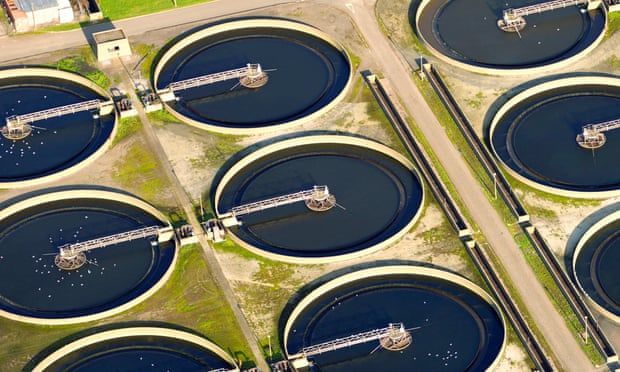 Wastewater plants in England and Wales offered waiver because of impact of lorry driver crisis
Sewage treatment chemicals have been added to the growing list of products in short supply because of the UK’s chronic lorry driver shortage, it has emerged.

The government has told wastewater plants in England they may be able to discharge effluent that has not been fully treated because of disruption caused by “supply chain failure”.

In a regulatory position statement issued on Tuesday, the Environment Agency introduced a waiver that would mean some companies would not have to go through the third stage in the treatment of sewage if they did not have the right chemicals.

The waiver relates to a feared shortage of availability of ferric sulphate, an acidic solution used to suppress the growth of algae, the Department for Environment, Food and Rural Affairs (Defra) said.

It said the temporary relaxation of the rules would last until the end of the year to allow “discharges from water treatment works that cannot comply with permit conditions because of an unavoidable shortages of chemicals to treat effluent”.

A government spokesperson said the water supply to consumers would not be affected and any waste company that wished to make use of the waiver needed prior approval from Defra.

It also said that no water company had yet notified it of a shortage of ferric sulphate but it was introducing the regulatory position as a precautionary measure.

The chemicals industry is the latest in a series of sectors hit by the chronic shortage of lorry drivers caused by Brexit and the pandemic.

In recent weeks Nando’s has been hit by shortages of chicken, McDonald’s ran out of milkshakes and Ikea is struggling with the supply of about 1,000 products, including mattresses.

The Chemical Business Association said it had been warning johnson">Boris Johnson, the transport secretary, Grant Shapps, and the business secretary, Kwasi Kwarteng, since June this year about the potential disruption in the supply of critical chemicals for the water and agriculture industry.

A recent survey of its members showed that 93% were experiencing haulage shortages, up from 61% in the first quarter of the year.

One of its concerns is that the driver shortage will be worse in the chemical industry because of the requirement for additional qualifications for anyone carrying hazardous substances.

“We are seeing a real crunch on the driver front,” said Tim Doggett, the chief executive of the CBA.

“My concern and what I have said to the Department for Transport this morning is the game of musical chairs we will see. If you have a driver faced with a job which means he doesn’t have to get out of his cab to deal with dangerous substances and one that gets paid the same and has to handle hazards and be specially qualified to do so, you know which job the driver will go for,” he added.

A government spokesperson said: “This action is strictly time-limited and there are robust conditions in place to mitigate risks to the environment.

“The most sensitive and high-risk watercourses will not be affected and any company planning to make use of this short-term measure must first agree its use with the Environment Agency, which will be checking compliance.”
#Boris Johnson  #Johnson
Add Comment