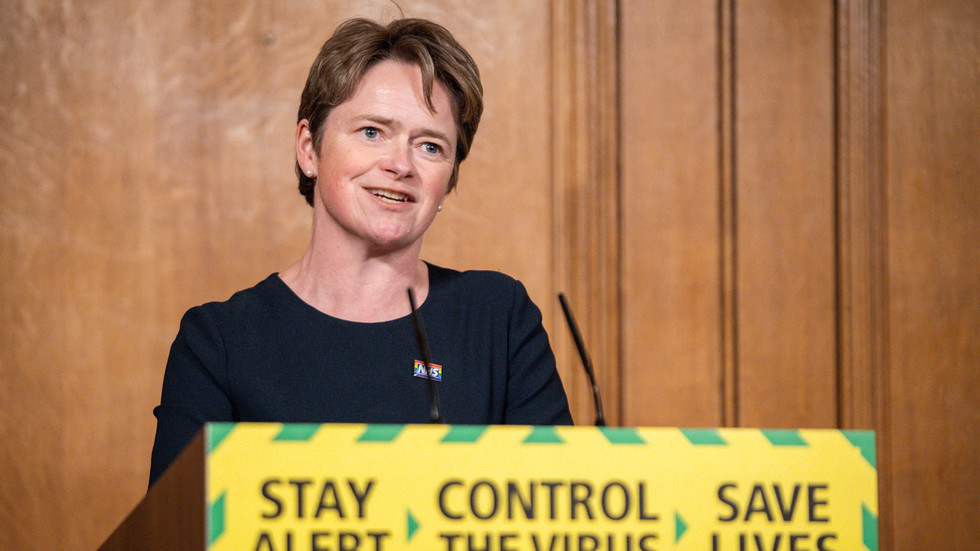 Months after stepping down as head of the UK government’s much-derided Covid-19 contact tracing programme, Dido Harding has once again drawn public ire after news emerged of her pursuit of the top job at NHS England.

The health service’s website confirmed on Thursday that Harding has left her position as chair of NHS Improvement – the body overseeing its hospital trusts – during the recruitment process for the next NHS CEO. She had held that position since October 2017.

Her time at the helm of ‘Test and Trace’ (T&T) was highlighted by poor performance with a Public Accounts Committee (PAC) report noting in March that the programme did not make a “measurable difference” in Covid-19 transmission despite its “unimaginable” £37billion budget.

In its report, the PAC accused Downing Street of treating British taxpayers “like an ATM machine” while over-relying on high-paid consultants, failing to prepare for surging demand for tests and not fulfilling the programme’s justification of avoiding future lockdowns.

Over the past year, Prime Minister Boris Johnson has faced repeated calls to sack Harding over the failure of what was intended as a “world-beating” system, but which was dubbed by a former Treasury official as the “most wasteful and inept public spending programme of all time.”

Tellingly, a Downing Street spokesman refused to comment or endorse Harding when asked earlier this month about her intention to apply for the top job. Harding also defended her record, claiming the main issue with the service was that “expectations were set too high.”

In her first post-T&T interview with BBC Radio 4, Harding said the UK’s Covid-19 testing programme was “the envy of the world” but cautioned that “testing and tracing and isolating” was only one aspect of the response and not a “silver bullet” to return things to normal.

Harding also apologised “for the science” behind T&T, noting that “the disease is such that it looks to be impossible to be able to contain it only with testing and tracing.”

She had previously blamed the government’s Scientific Advisory Group for Emergencies (SAGE) for a supposed failure to predict testing demand since the panel’s recommendations had determined the programme’s capacity.

However, social media users were not having it. Several people warned that pairing Harding with Health Secretary Matt Hancock, whose own performance has been under intense scrutiny, was a recipe for disaster. Others wondered if the government had lost its “moral/financial compass.”

“If Dido is the answer, what is the question?” Labour MP and shadow health minister Justin Madders tweeted in response to the news.

After Hancock revealed this week that the NHS is under the “biggest pressure in its history” with a backlog of some 12.2 million people waiting for delayed elective procedures, several people questioned whether Harding’s candidature was part of the government’s plan to “run it right into the ground.”

In a series of tweets, Rachel Clarke, a palliative care doctor, railed against Harding, even quoting former PM John Major’s warning about the NHS being “about as safe with them [the Johnson government] as a pet hamster would be with a hungry python.”

A number of people also pointed to a potential conflict of interest if Harding was appointed to the post. Her husband, conservative MP John Penrose, recently joined the advisory board of an anti-NHS think tank that has called for the health service to be privatised.