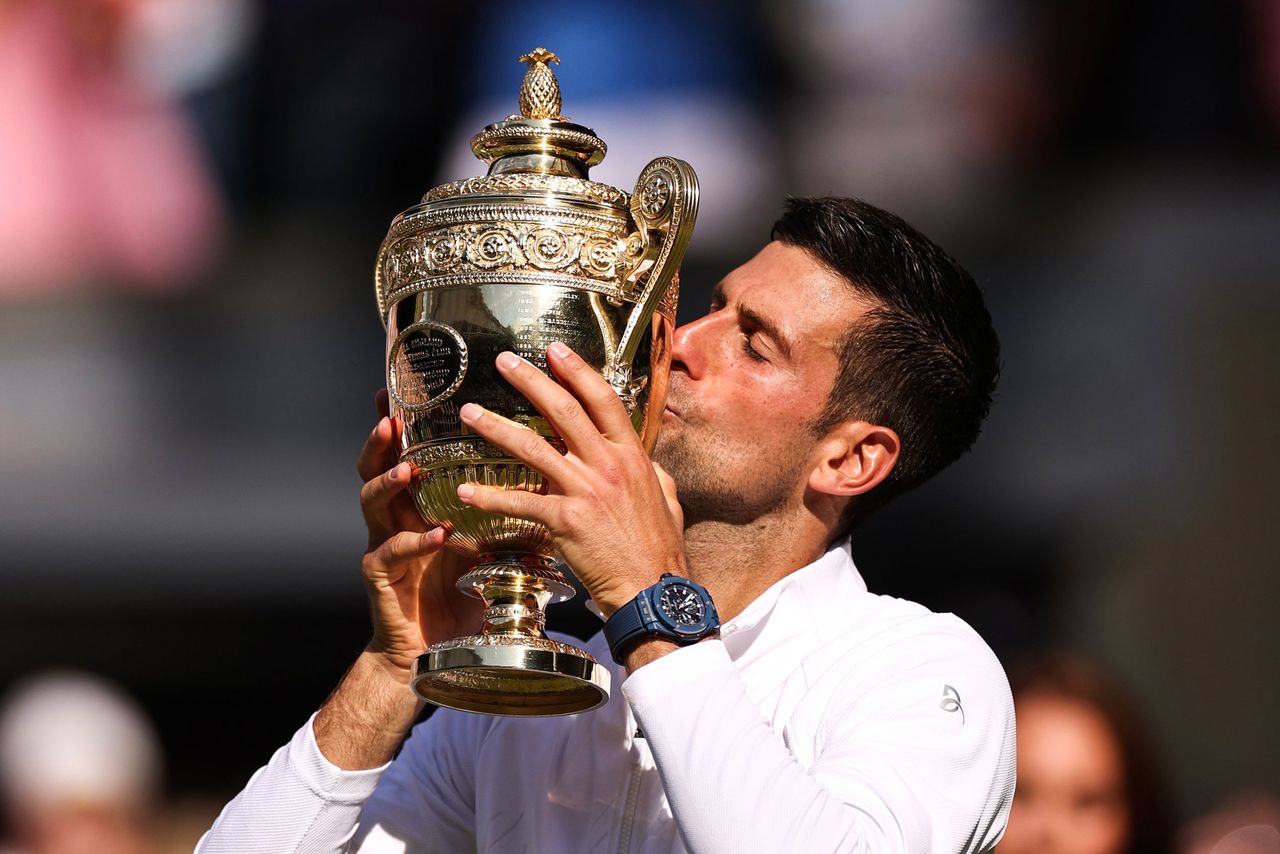 Listen to the article
0:00 / 0:00
Voice by MediaWorks
US President Joe Biden has received a letter from a group of Serbian-Americans imploring him to allow Novak Djokovic into the country so that the tennis icon can compete at the US Open next month, according to reports.
As things stand, Djokovic will not be able to play at the Grand Slam in New York because unvaccinated non-citizens are not allowed into the country.

Djokovic, 35, has resisted calls to get jabbed against Covid-19, repeating after his Wimbledon triumph earlier this month that he was willing to miss out on titles rather than relevant to the pressure.

His stance means he is set to miss the tournament at Flushing Meadows – an event where he has claimed three of his 21 Grand Slam titles down the years.

The situation is a disappointment to Djokovic’s legion of fans, not least among the Serbian diaspora in the US.

According to Serbian media outlet Politika, one group has directly addressed Biden with a plea to grant Djokovic entry to the US.

The efforts are apparently being led by Nebojsa Jovanovic, who owns a company promoting tennis among the diaspora, in conjunction with the Serbian American Voters Alliance (SAVA).

The plea to Biden reportedly cites Presidential Proclamation 10294, which allows for travel exceptions to be made for non-citizens “whose entry would be in the national interest.”

“The US Open is the biggest tennis tournament in the world, and it won't be what it is without Novak Djokovic,” Jovanovic was quoted as saying in the letter.

“Considering the economic situation and the crisis at all levels, America must not allow the US Open not to take place in its full glory and capacity, which also means the arrival of Novak Djokovic, who has been crowned three times at the US Open.

“Novak does not pose any security threat, is one of the healthiest people in the world due to his disciplined life and serves as a role model and inspiration to millions around the world.

“It is in America's interest that the biggest tournament in the world hosts the best player in the world, especially since he just won a seventh Wimbledon title in London,” added Jovanovic in the letter, which is said to have been sent to Biden on July 22.

The group is said to have consulted Republican Congresswoman Claudia Tenney and her team about the issue, as well as Congressman Frank Mrvan.

Djokovic was included on the provisional US Open entry list last week, although organizers promptly clarified that it was merely a formality, and that they “respected” the American government’s stance on entry rules for non-vaccinated foreigners.

The entry ban on Djokovic has caused frustration among the likes of unvaccinated American player Tennys Sandgren, who will be allowed to play in New York.

The 31-year-old described the situation as “shameful,” while US tennis icon John McEnroe accused politicians of “getting in the way too much.”

Unless Biden heeds the calls from members of the Serbian-American community, the US Open will be the second Grand Slam that Djokovic is forced to miss this year.

The former long-time world number one was infamously deported from Australia at the start of the year in a row over his vaccine status.

Djokovic may be forced to miss the event in Melbourne again next year due to a three-year re-entry ban unless government officials intervene.
#Joe Biden  #COVID-19  #vaccine  #Covid
Add Comment