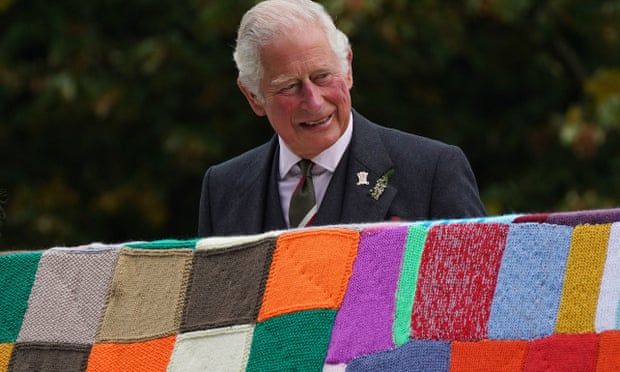 Prince’s Foundation ethics committee rejected £100,000 from Dmitry Leus, a banker who had faced money-laundering claims
Scotland’s charity regulator has announced an investigation following claims that a six-figure sum from a wealthy Russian donor was accepted by Prince Charles’s charitable foundation before being rejected by its ethics committee.

The prince wrote a letter thanking businessman and banker Dmitry Leus, 51, for his offer to the Prince’s Foundation last year, and proposing a meeting after the Covid crisis, the Mail on Sunday and Sunday Times have reported.

A £100,000 donation to the foundation, which is based in Scotland, was however turned down following concerns about its provenance, it was reported.

Following the allegations, the Office of the Scottish Charity Regulator (OSCR) has announced an investigation, which comes shortly after an alleged cash-for-honours controversy that has seen the prince’s close aide Michael Fawcett temporarily step down as chief executive of the foundation.

The foundation’s ethics committee declined the donation after discovering Leus had been found guilty of money laundering in Russia in 2004 before having the conviction overturned. Leus has said he was the victim of a politically motivated prosecution, it was reported.

In his letter to Leus in May last year, before the donation was rejected, Charles wrote he was “incredibly grateful” for the donation, according to reports. The prince added: “I very much look forward to seeing you when this dreadful [Covid] crisis passes, and, in the meantime, this comes with my warmest good wishes and heartfelt thanks.”

The Mail on Sunday reported that Leus believed he had given £500,000 to the Prince’s Foundation in two separate donations through third-party fixers, but had since discovered that only £100,000 was forwarded.

In a statement on its website, the OSCR said: “We have been working with the Prince’s Foundation to better understand the use of the organisation’s funds, and to gain a full understanding of the work which is being undertaken by the charity’s trustees to investigate the range of issues which have been raised.

“We have written to the trustees informing them that we will investigate these matters under the powers set out in section 28 of the Charities and Trustee Investment (Scotland) Act 2005 and will follow up any additional queries as they arise.

“It is the responsibility of all charity trustees, the people who manage and control a charity, to act at all times in the interests of the charity and comply with their legal duties in doing so.

“In particular, they must ensure that all funds are spent in achieving the charity’s purposes, and ensure that grants or donations are used in line with any conditions imposed. We will consider what, if any, further action is appropriate for us to take when we have been able to fully consider information provided to us by the charity.”

Last week Clarence House said the prince had “no knowledge” of the alleged cash-for-honours scandal after the prince and Fawcett, one of his most trusted confidants, were reported to the police over claims.

An investigation has been launched into the allegations relating to Fawcett by an independent team on behalf of the foundation’s trustees.

A statement from the Prince’s Foundation said that Fawcett “supports the ongoing investigation and will assist it in every way”.

A Clarence House spokesperson also said: “The Prince of Wales fully supports the investigation now under way at the foundation.”
#Covid
Add Comment