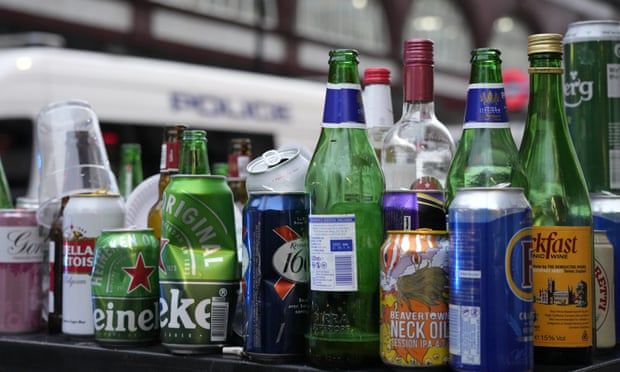 Scotland’s bottle and can return scheme in ‘shambolic’ mess

Legislation for compulsory scheme was passed by Holyrood in 2019 but there is no longer launch date, say ministers
Scottish ministers have been accused of making a “shambolic” mess of their bottle and can recycling programme after admitting they no longer had a launch date for it.

Scotland was expected to be the first part of the UK to introduce a compulsory bottle and can recycling scheme for retailers in July next year, but the Guardian revealed on Monday that the target date was expected to be scrapped.

Legislation for the scheme was passed by Holyrood in 2019, and it had been due to start in April this year. That was pushed back to July 2022 – a date embraced by the Scottish National party and the Scottish Green party in their election manifestos this year.

Lorna Slater, the Scottish Green minister in charge of delivering the scheme, confirmed on Wednesday that the government was now unsure when it would start and was urgently negotiating with retailers and producers.

John Mayhew, the director of the Association for the Protection of Rural Scotland, which leads the Scottish campaign for the scheme, said he was furious. “Four years ago we were promised a world-leading deposit return system,” he said. “Now Scotland looks like an object lesson in how not to deliver one of the world’s most basic and widely deployed environmental measures. Sad to say, we wouldn’t be totally surprised if it now never happened.”

Nina Schrank, a plastics campaigner for Greenpeace UK, said: “This shambolic delay to the long-awaited deposit return scheme is embarrassing for a government which loves to shout about its green credentials. Every year of delay means millions more bottles being dumped or burned.”

To derision from opposition parties, Slater said the chaos of Brexit, the problems faced by retailers during the Covid crisis and uncertainties about VAT charges on deposits had been obstacles to the scheme’s introduction.

She said the Treasury has confirmed on Tuesday that it believed VAT would need to be charged on deposits, and that would make the scheme – which is based on a 20p refundable deposit for each bottle and can – unaffordable. Slater said that was “deeply disappointing”.

Mercedes Villalba, Scottish Labour’s environment spokesperson, pressed Slater on why the government had dropped its July 2022 start date since VAT charges had not been a barrier to deposit-return schemes in other European countries.

Slater said she was negotiating with retailers and producers “to figure out what the shortest practical time is possible to implement this scheme given the challenges around Brexit and around the pandemic. This is constant industry engagement.”

Liam McArthur, the Scottish Liberal Democrat MSP for Orkney, said the scheme posed significant challenges for small rural and island businesses. “Why is the government making such a mess of delivering DRS [deposit return scheme] in Scotland?” he asked.

“I’m absolutely aware of the criticality to industry of getting a firm delivery date,” Slater replied.

Maurice Golden, for the Scottish Conservatives, said contracts for the scheme were “shrouded in secrecy, with a multimillion tender process hidden from the public and this parliament,” as the government had contracted it out to a private company set up by industry.

The Scottish Retail Consortium, which represents major supermarkets, said it was no surprise that the scheme had been delayed as the 2022 start date was unrealistic.

“Retailers will raise a weary eyebrow that after this long-postponed announcement there will be a further delay until they receive clarity and visibility on the launch of the scheme,” said Ewan MacDonald-Russell, the consortium’s head of policy. “This process has been drawn out to a pretty farcical degree and needs to be urgently resolved. A new go-live date, no earlier than 2023, needs to be confirmed swiftly.”
#Mercedes  #Covid
Add Comment