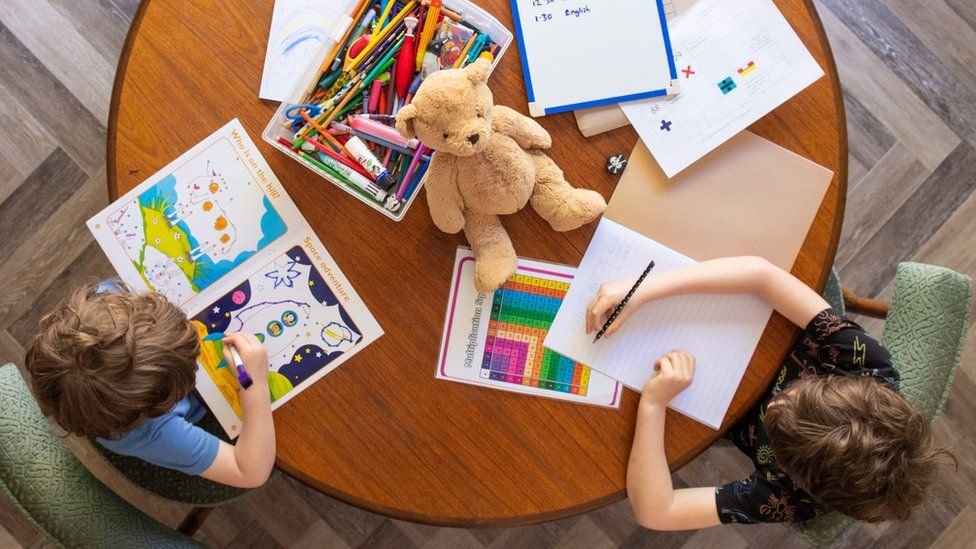 Teachers and unions have criticised the government's last-minute move to delay the start of term for all secondary schools and some primaries in England.

"We've all seen this coming, and we would have preferred to have been able to plan for this before the end of last term," he told BBC News.

There is also concern over how areas have been chosen for primary closures.

On Wednesday, Education Secretary Gavin Williamson said some primary schools in Covid hot spots would remain closed - this equates to about 15% of primary schools.

But there would be a review of these every two weeks, the Department for Education said, in the same way that local tier restrictions are reviewed.

Meanwhile, Year 11 and Year 13 pupils are now due to return to face-to-face lessons on 11 January - a week later than planned - with others returning on 18 January.

Paul Whiteman, general secretary of the National Association of Head Teachers, called on ministers to explain its decisions on which primary schools will re-open.

He labelled the government's strategy as little more than "keep calm and carry on".

"In some instances that means different approaches for schools only a few roads away from each other," he added.

A Department for Education spokesman added some detail, saying: "Decisions on which areas will be subject to the contingency framework are based on close work with PHE, the NHS, the Joint Biosecurity Centre, and across government to monitor the number of new infections, positivity rates, and pressures on the NHS.

"These measures will be reviewed every two weeks, and we hope they will be in place for the shortest period possible."

In December - on the last day of the Christmas term for many - the government asked schools to start setting up mass testing programmes for January.

But heads and teachers said the timescale was not workable, as they would be setting up online learning for the majority of pupils in the first week of term as well.

The delay to the start of term offers schools an extra week to get their mini test and trace systems up and running.

There had been growing pressure for earlier school shutdowns as virus cases soared in many areas, including parts of London and south-east England, and as attendance figures dropped dramatically.

Mr Di'Iasio said: "I think everyone in the country has known that there's going to be a surge and a peak, particularly in January."

An earlier decision would have meant that teachers could have made preparations in time for children to go back as normal, he said.

Parent, Chihera Mai Shingi, agreed with the decision, posting on the BBC News Family and Education Facebook page: "We got Covid from our Year 7 daughter. Schools should be closed."

But Charlotte Elizabeth Hayward expressed her concerns about schools carrying out the testing: "Space? Staff? Resources (financial and otherwise).

Chairman of the Commons Education Select Committee Robert Halfon said teachers and support staff should be made a priority for vaccinations.

"If we can make sure that they are vaccinated and they are safe, it's less likely that schools will have to close, and this two weeks has to mean two weeks.

"Schools just can't be a revolving door that never stands still, open one day, shut the next." 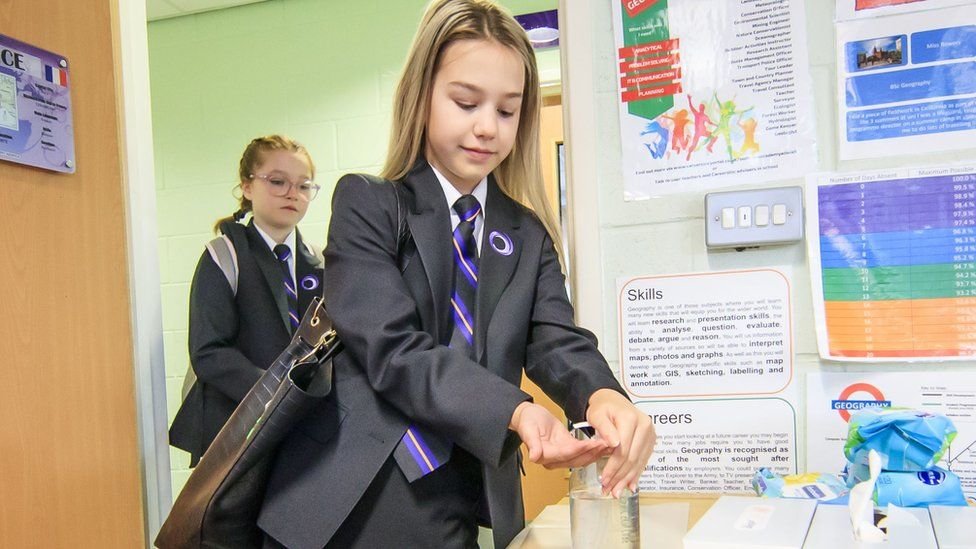 Joint general secretary of the National Education Union, Dr Mary Bousted, said she was astonished that any pupils were going back at all before 18 January.

"A longer period of online working for all primary, secondary and college students could suppress virus levels and buy time both for the roll out of the vaccine and to put in place measures that can keep schools safer."

She added: "We would like Gavin Williamson to explain, if schools are not centres of transmission, why school age pupils are now the most infected age groups?"

Richard Sheriff, executive head teacher of Harrogate Grammar School, said regular testing could be key to minimising classroom disruptions but criticised the government for announcing the plans just days before the Christmas break.

"Testing and the delayed return is a realistic program, but it still puts a huge amount of pressure on schools," he said.

"We need reassurances in the physical arrangements for testing, including extra space and support on the ground to make it happen."

The government says schools are being supported financially to set up testing and argued that they are only being closed as a "last resort" because of the rising number of cases.