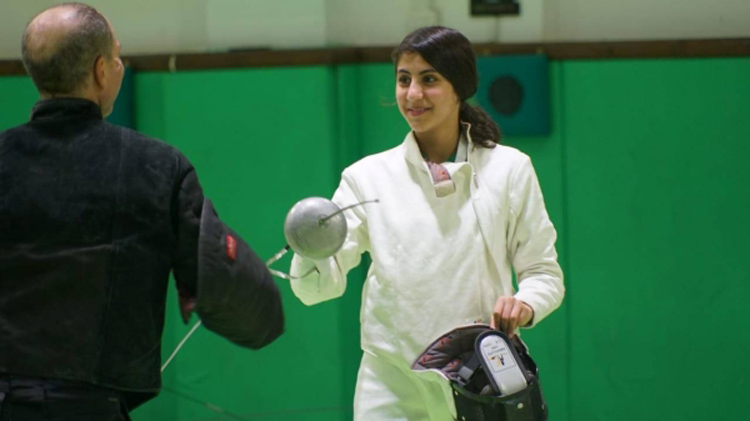 Saudi fencing champion Mashael Al-Khayal, 15, has joined a British club in London in a bid to improve her skills and snatch more wins for the Kingdom.
She won the gold medal in the Virtual Fencing Intercontinental Epee Cup last year, following in the footsteps of her sister Modawi, who previously bagged a gold in the same competition.

The seven-day Virtual Fencing Intercontinental Epee Cup was organized by the Panamerican Fencing Confederation, in which 150 players from various parts of the world participated.

Al-Khayal now hopes that she can represent the Kingdom at the Olympics.

Al-Khayal said that she is keen on abiding by the club’s discipline and training. She added that she loves the sport and hopes she can become a professional player one day and represent Saudi Arabia in more international competitions when she is older.

“I started fencing in the summer of 2018 when I was 12-years-old, and I participated in many competitions, both at home and abroad, the last of which was the Virtual Fencing Intercontinental Epee Cup,” Al-Khayal noted.

Her mother, Tahani, outlined her many successes: “Mashael has won the silver medal in the Kingdom’s Fencing Open Championship, the gold medal in the Virtual Fencing Intercontinental Epee Cup, the bronze medal for teams in the 6th GCC Women’s Games in Kuwait, and the silver medal for teams in the Arab Women Sports Tournament in Sharjah, in addition to several others.”
Add Comment