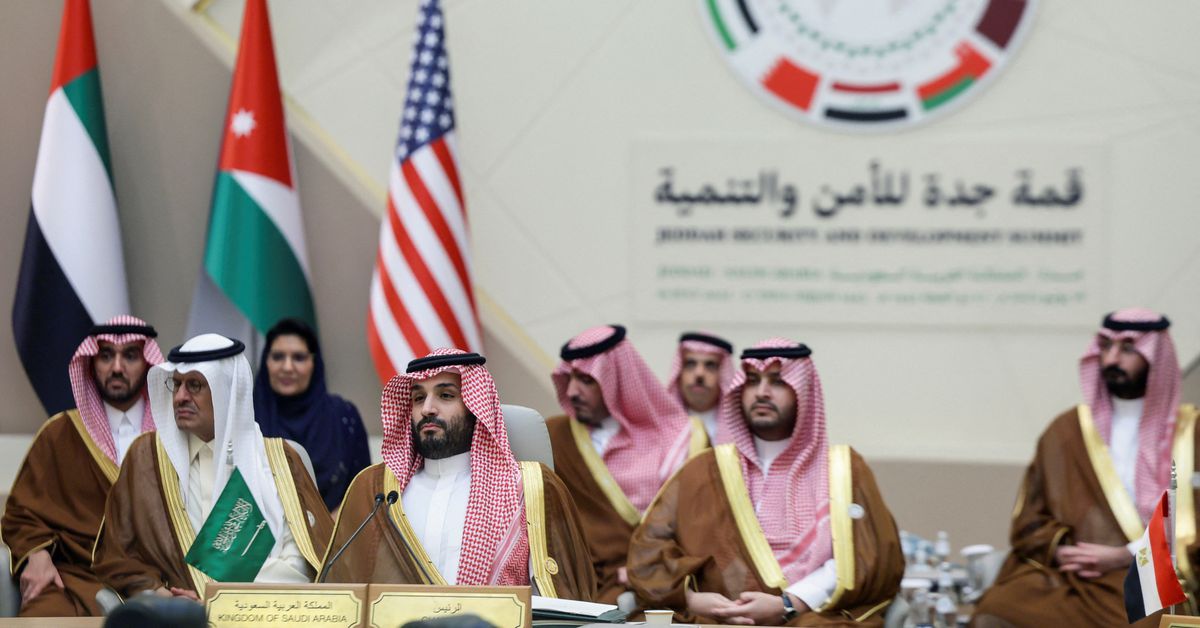 Saudi Arabia's Crown Prince Mohammed bin Salman said on Saturday more investment was needed in fossil fuel and clean energy technologies to meet global demand, and that unrealistic emission policies would lead to unprecedented levels of inflation.
The prince said Saudi Arabia had announced raising its production capacity to 13 million barrels per day by 2027 from a nameplate capacity of 12 million now and "after that the Kingdom will not have any more capability to increase production".

He was addressing a U.S.-Arab summit in Jeddah attended by President Joe Biden, who is eager to see Saudi Arabia and its OPEC partners pump more oil to help bring down the high cost of gasoline and ease the highest U.S. inflation in four decades.

"Adopting unrealistic policies to reduce emissions by excluding main sources of energy will lead in coming years to unprecedented inflation and an increase in energy prices, and rising unemployment and a worsening of serious social and security problems," Prince Mohammed said.

The de facto ruler of the world's top oil exporter said COVID-19 and the "geopolitical situation" necessitated more joint efforts to support the global economy and that the transition to sustainable energy sources required a "realistic and responsible" approach.

U.S. officials have said Biden would discuss energy security with leaders of Gulf oil producers and hopes to see more action by OPEC+ to boost output, but there was unlikely to be any bilateral announcements from the talks.
#Joe Biden  #COVID-19  #Covid

Jan B 136 days ago
One really has to wonder why the biofuel butanol, 100% compatible with gasoline (no mixing required and cleaner for the environment and the engine), still isn't being produced in large quantities. This despite improvement of fermentation technology and so called "concern over environment, the climate, renewable issues etc."
View all comments (1)Add comment