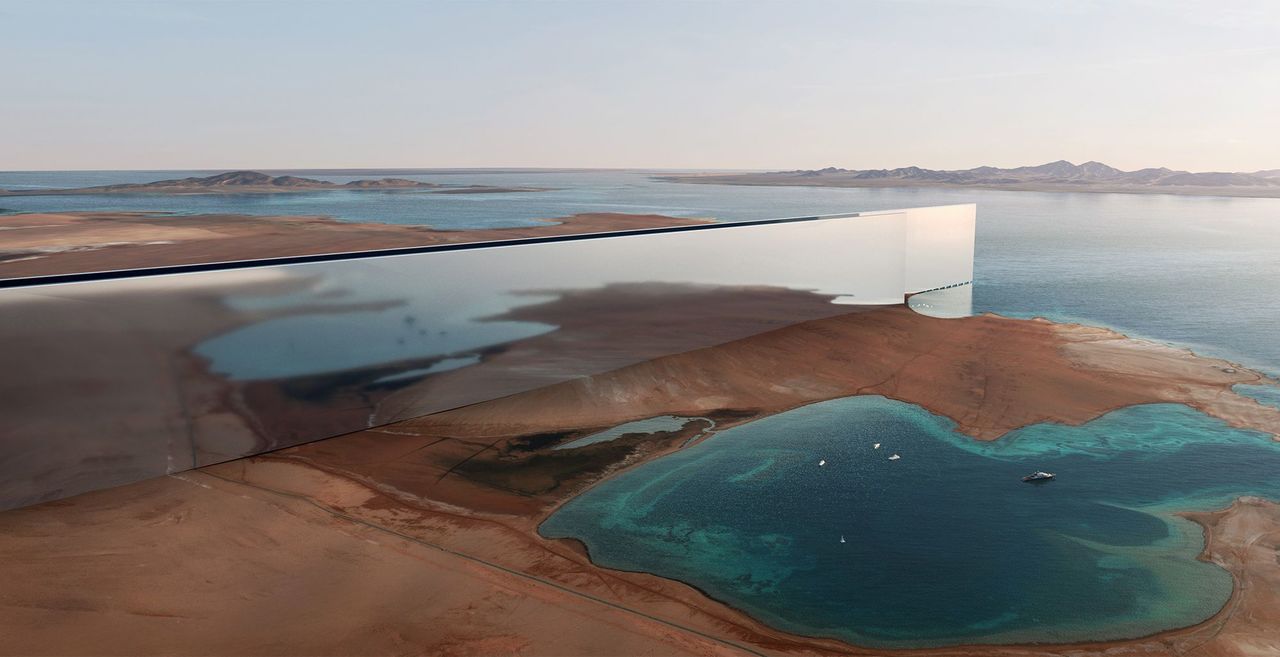 Saudi Arabia plans to build 75-mile-long mirrored skyscrapers that will cut through mountains and feature high-speed rail, a sports stadium, and a yacht marina — and cost up to $1 trillion

Listen to the article
0:00 / 0:00
Voice by MediaWorks
Saudi Crown Prince Mohammed bin Salman is determined to make his kingdom the most modern and attractive country in the world. And when endless money meets ambition and determination like that of the Saudi Crown Prince, even the sky is not the limit.
When Saudi Crown Prince Mohammed bin Salman directed authorities to develop land in the kingdom’s arid northwest, he demanded something as ambitious as Egypt’s pyramids. What urban planners came up with in response are plans for the world’s largest structure: two buildings up to 1,600 feet tall, running parallel for 75 miles in a line across coastal, mountain and desert terrain, connected via walkways.

The skyscrapers, which are set to have mirrored sides, will cut through mountains and desert, span all the way to the coast and into the water. Artist renderings of the project were published by The Journal.

The outlet reported the project is expected to cost up to $1 trillion, according to sources close to the project. It's intended to house 5 million people and feature a high-speed train running under the buildings, vertical farming, a sports stadium, and a yacht marina.

The Mirror Line is part of plan for a linear community that was previously announced by Saudi Crown Prince Mohammed bin Salman, who directed officials to create something on the scale of the pyramids of Egypt.

Neom — a futuristic megacity development the size of Massachusetts and located on the Red Sea — has been in the works for years. Blueprints previously obtained by The Journal revealed plans for artificial rain, a fake moon, robotic maids, and holographic teachers.

This project is going to be very profitable, and after President Biden's visit to the Kingdom, the Saudi door was re-opened to Western investors who wish to be partners in the future success of Saudi Arabia.
Add Comment