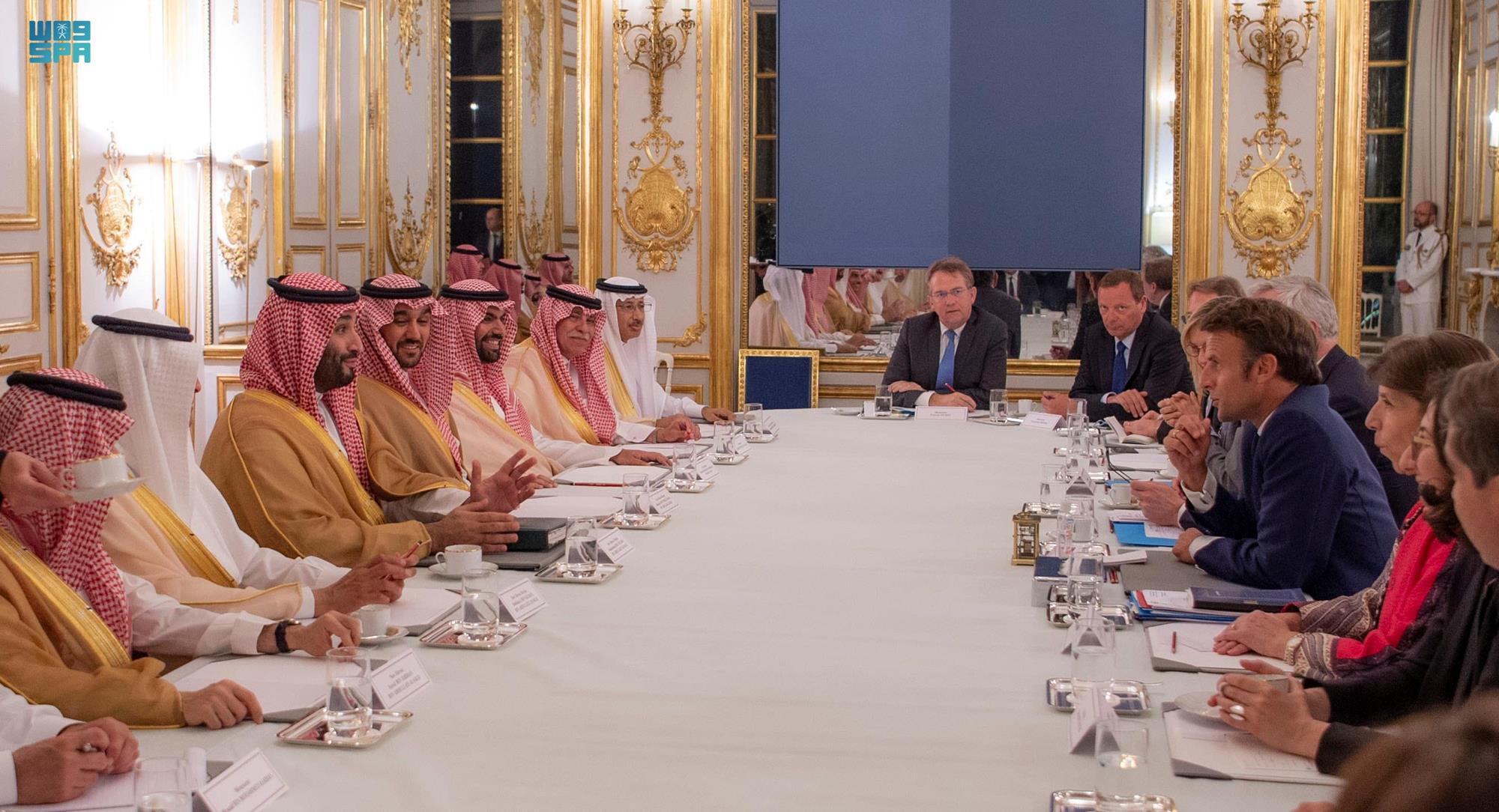 Listen to the article
0:00 / 0:00
Voice by MediaWorks
Saudi Crown Prince Mohammed bin Salman and French President Emmanuel Macron discussed the importance of stabilizing global energy markets and food supplies during the crown prince’s visit to France, a statement published by state news agency (SPA) reported on Friday.
Both leaders also agreed to boost cooperation on renewable energy, including solar energy and clean hydrogen, they said in the statement.

Macron and Prince Mohammed discussed the importance of ensuring uninterrupted supplies of wheat and grains to countries across the world to help stabilize prices.

They also underlined the need for continued evaluation of the threats facing both countries and the security and stability of the Middle East, read the SPA statement.

Boosting cooperation in defense and joining efforts to combat terrorism were also key part of the discussion between both leaders, who agreed to increase economic cooperation and strengthen investments.

The leaders addressed international efforts made to prevent Iran from acquiring a nuclear weapon and to urge the Islamic state to cooperate with the International Atomic Energy Agency.

They agreed that diplomacy and peaceful means are the best way to resolve international disputes, emphasizing on respecting the unity and sovereignty of states and non-interference in any country's internal affairs.

Lebanon’s economic crisis was among the key issues discussed, with both leaders reiterating their support for Lebanon’s sovereignty, security and stability, and the importance of implementing comprehensive political and economic reforms.

They reviewed the work of the Saudi-French Fund in backing humanitarian and relief initiatives in Lebanon.

Prince Mohammed and Macron agreed to intensify efforts to reach a two-state solution in Palestine in a manner that guarantees the Palestinian people their right to establish an independent state with East Jerusalem as its capital.

The talks also discussed reaching a political solution in Syria that ensures the safety of its people.

The crown prince concluded his visit to France early Friday, having spent the previous two days in Greece.

On Thursday evening, he was welcomed by Macron at the Elysee Palace - the official residence of the French president - where they held a wide-ranging meeting. The French leader also hosted a private dinner for Prince Mohammed and his entourage later in the day.
Add Comment