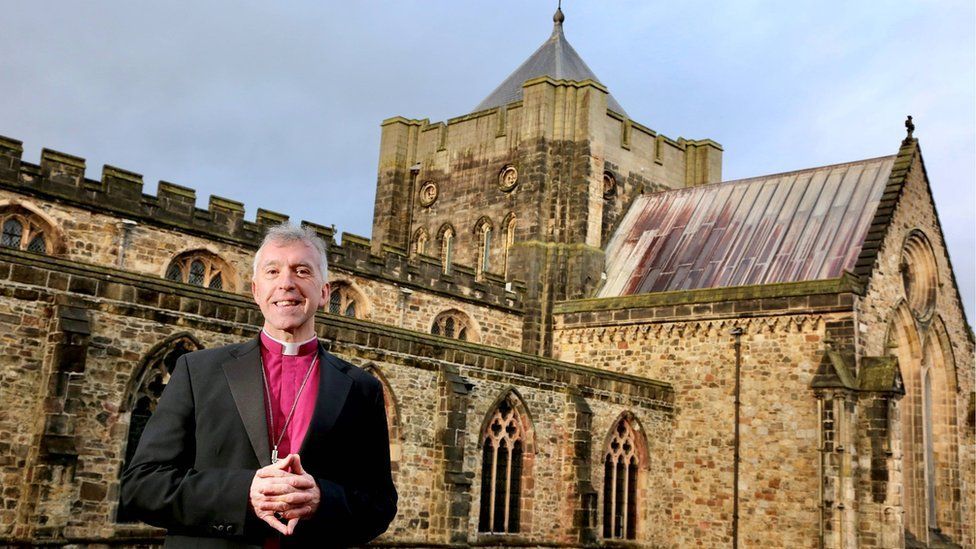 Same-sex weddings could be held in churches in Wales in five years, the incoming archbishop has said.

Andrew John has said the church should be inclusive and "welcome people, where they are, who they are".

Last year, the Church in Wales passed legislation meaning couples could have their civil partnership blessed.

It was carried by a two-thirds majority, to be used experimentally for five years, but individual clergy will decide whether to bless partnerships.

The incoming archbishop said he was "enormously heartened by that vote".

"Although it wasn't unanimous - it showed the Church in Wales has a common mind on this," he said. 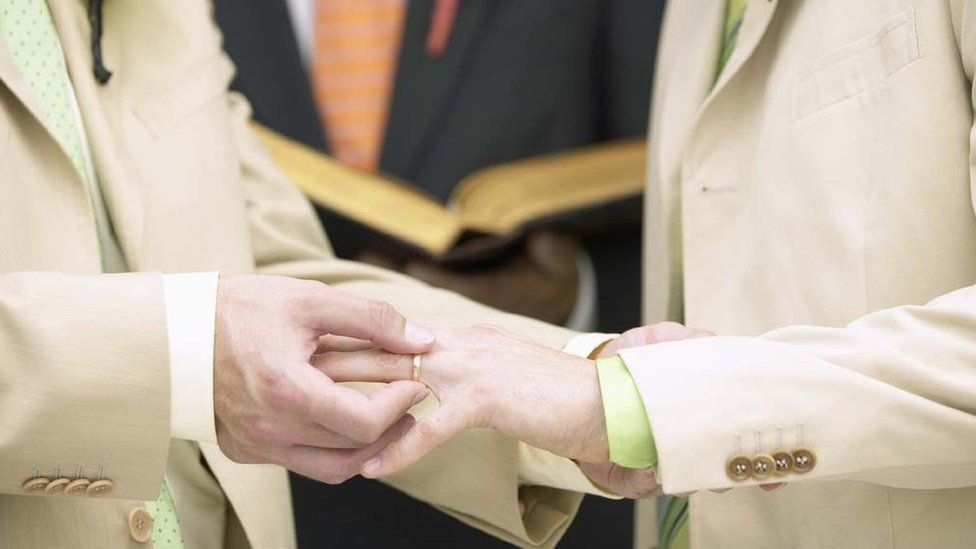 "I wouldn't be surprised if, within that five-year period, we were once again talking about the marriage of same-sex couples." he added

Before that could take place, Andrew John said further discussion will be needed: "We need to make the journey and we then need to have the debate… and when we do that I think we'll find ourselves looking back and thinking perhaps the concern or the trouble, real and sincere as it was, wasn't a real problem".

However, the Scottish Episcopal Church voted to allow gay couples to marry in church in 2017, making it the first major Christian church in the UK to allow same-sex marriages.

The current Bishop of Bangor was elected as Archbishop of Wales in December.

On Saturday, he will be enthroned during a national service at St Deiniol's cathedral in the city.

A radical archbishop but not a politician

The incoming archbishop said he wouldn't sit back in his role and he'd be "radical" but not a politician.

He said Archbishop of Canterbury Justin Welby was "spot on" to criticise the UK government's policy to send asylum seekers sent to Rwanda.

"I think outsourcing a moral as well as a legal problem was unacceptable," he added,

"We need to have a solution which is much closer to home and in truth, the reason why this is happening is because we seem incapable in working with our French colleagues in finding solutions at home.

"We ought to redouble our efforts to do that and not send people abroad. That seems outrageous."

Andrew John said he would continue to speak on similar issues he believed were important, adding that the "Christian faith invites us to engage with all of life. When I have something to say about anything - for good or for ill - I think it's important the Church in Wales can speak to the public."

"So I intend to be radical but at the same time it's not my role to be a politician."

"I'm a Christian and an Archbishop.

"My purpose is to make sure when there are things in which the Christian faith has an impact - that we have the opportunity to say that - courteously but directly."