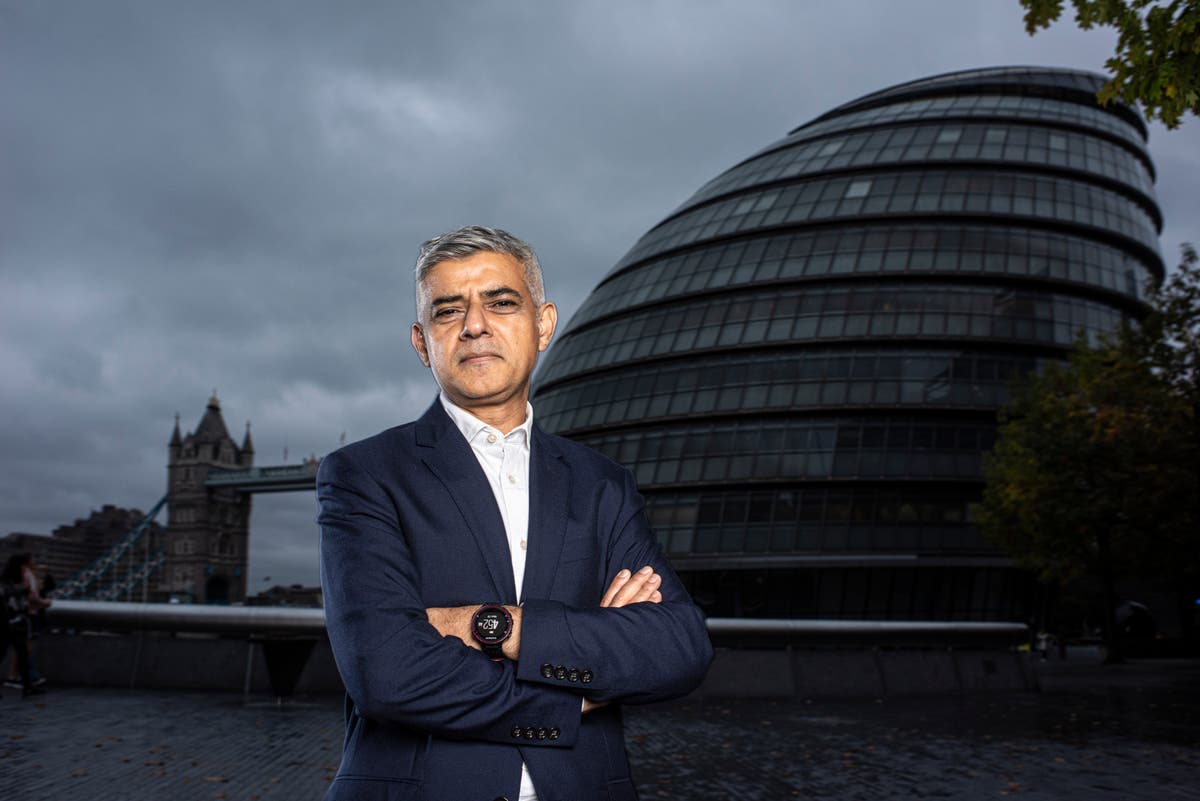 Mayor blames lack of government funding for need to increase bills by 8.8 per cent

Sadiq Khan has announced plans to increase council tax by the biggest amount since he became Mayor.

On Wednesday, he proposed increasing his share of bills by an average of £31.93 a year from next April, meaning the average London household will pay almost £400 a year to City Hall.

The increase includes an extra £20 announced by Mr Khan last week to help restore the finances of Transport for London.

His proposal for 2022/23 surpasses his previous record £31.59 increase in benchmark Band D bills that he imposed for the 2021/22 financial year.

However, the percentage increase being proposed – 8.8 per cent – is lower than the 9.5 per cent agreed for the current year.

The £31.93 increase consists of £20 for transport, £10 for policing and crime and £1.93 for the London Fire Brigade. It means Londoners will pay an extra £108 million to the Greater London Authority in council tax.

The total annual bill paid by many London households will be around £2,000 once their borough council adds its amount. Boroughs are likely to increase their bills by around five per cent.

Mr Khan said he had been forced to hike council tax bills because of a lack of government support for London.

But he faced a backlash last week when he said council tax bills would be increased to raise funds for TfL - a day after depriving TfL of £60m to £70m a year in income as a result of not requiring drivers to pay the congestion charge after 6pm from next February.

Last week the Department for Transport said TfL’s current bailout – to replace the reduction in fares income caused by the pandemic – would continue until February but no long-term agreement on funding has been agreed.

Mr Khan said: “The pandemic is continuing to have a serious impact on London’s finances and the Government is still refusing to properly fund our public services, particularly the Met police, Transport for London and the London Fire Brigade.

“Raising council tax by £2.66 per month is not something I want to do, but the Government is leaving us with no choice if we are to help prevent the collapse of TfL and ensure our police officers and firefighters have the resources they need.”

Susan Hall, leader of the GLA Conservatives, said: "Londoners can’t afford Sadiq Khan’s endless council tax hikes. Far too many people already feel squeezed by the cost of living in London. The mayor is only making the situation worse.”

Caroline Pidgeon, leader of the Lib-Dem group on the London Assembly, said: “While painful, this rise seems almost inevitable in the circumstances. When public services are so strapped for cash the mayor is using one of the few tools he has, that of raising council tax.

“However the reality is this is no way to ensure long term funding of the police, fire and especially transport services in the capital.

“The mayor needs to be looking at things like smart road user charging and the Government needs to start treating regional government seriously to prevent the starving of our vital frontline services. That must mean London being allowed to raise revenue through other forms of tax other than just regressive council tax.”

Ken Livingstone holds the record for the biggest increase in the Greater London Authority’s share of council tax bills, both in real terms and percentage-wise. In 2003/4, he increased his share of the precept by £50.52 ( a 29.1 per cent annual increase).

His successor Boris Johnson froze the City Hall precept in his first four-year term and reduced it annually in his second term, leaving it at £276 when Mr Khan became mayor in May 2016.

Mr Khan’s draft budget for 2022/23, which is out for consultation, is due to be considered by the London Assembly on January 26, with the final proposals to be agreed on February 24.