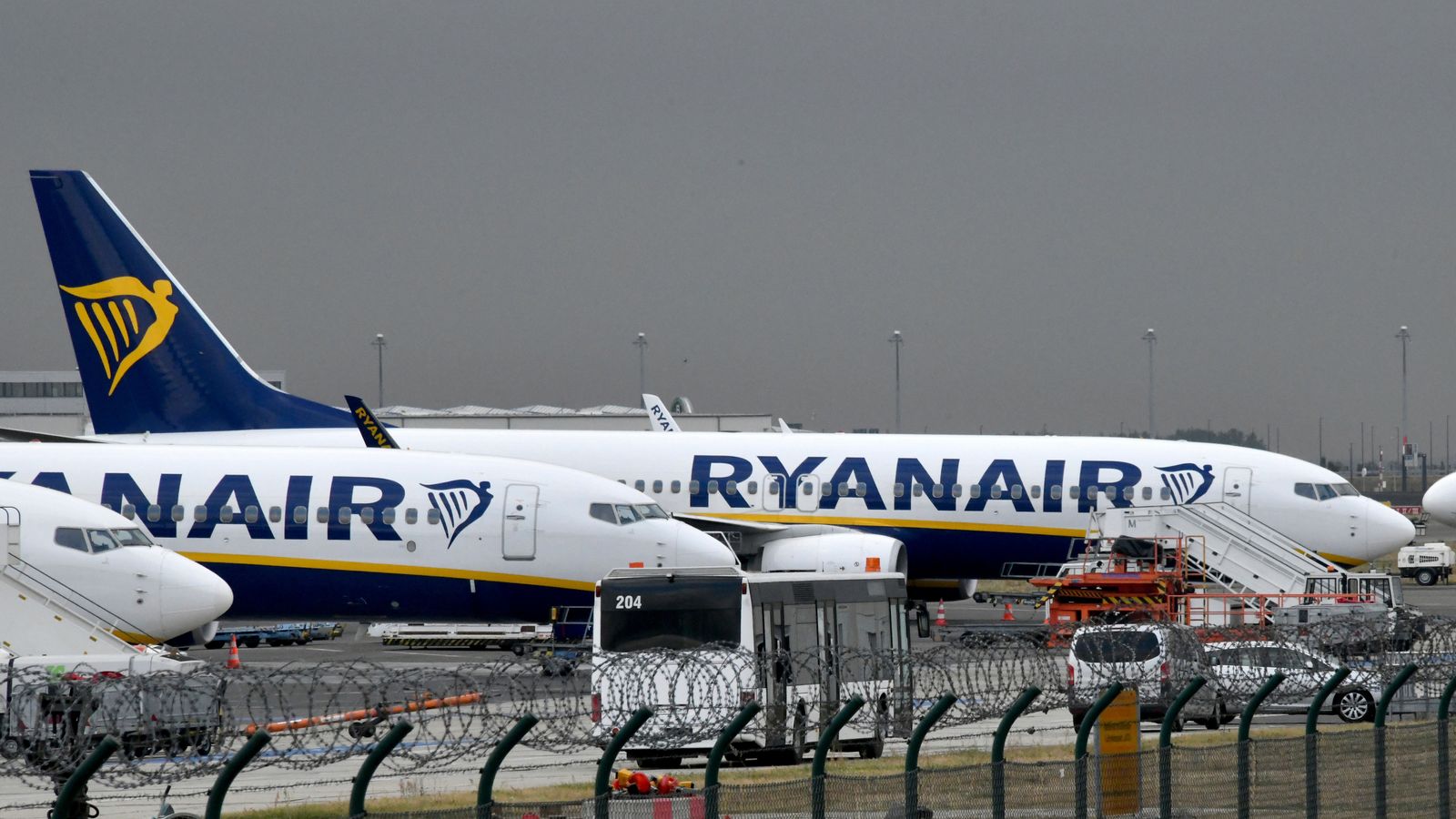 The no-frills carrier says its new forecasts are based on the assumption that there is no fresh disruption caused by COVID and the state of the war in Ukraine.
Ryanair has raised its annual profit guidance, saying it enjoyed a better Christmas season than expected but noted a "recent softening" in flights from the UK.

The no-frills airline said on Wednesday evening that it had hiked its full year profit after tax expectations from a range of €1bn-€1.2bn to €1.325bn-€1.425bn.

That was due to "stronger than expected peak Christmas/New Year traffic and fares", Ryanair said, which were expected to deliver €200m in profits in its third quarter to the end of December.

It added that its annual traffic guidance of 168 million passengers remained unchanged.

The airline, Europe's biggest by passenger numbers, explained that it was expecting January-March to be loss making, largely due to the absence of Easter during the financial year because it falls in April.

It also cited lower pricing and demand for flights out of the UK - perhaps a reflection of the cost of living crisis - and a drop in demand for services between Irish and regional UK airports.

Ryanair said its new forecasts were heavily dependent on avoiding adverse events in its fourth quarter - such as disruption to schedules from COVID or the war in Ukraine.
#Covid
Add Comment