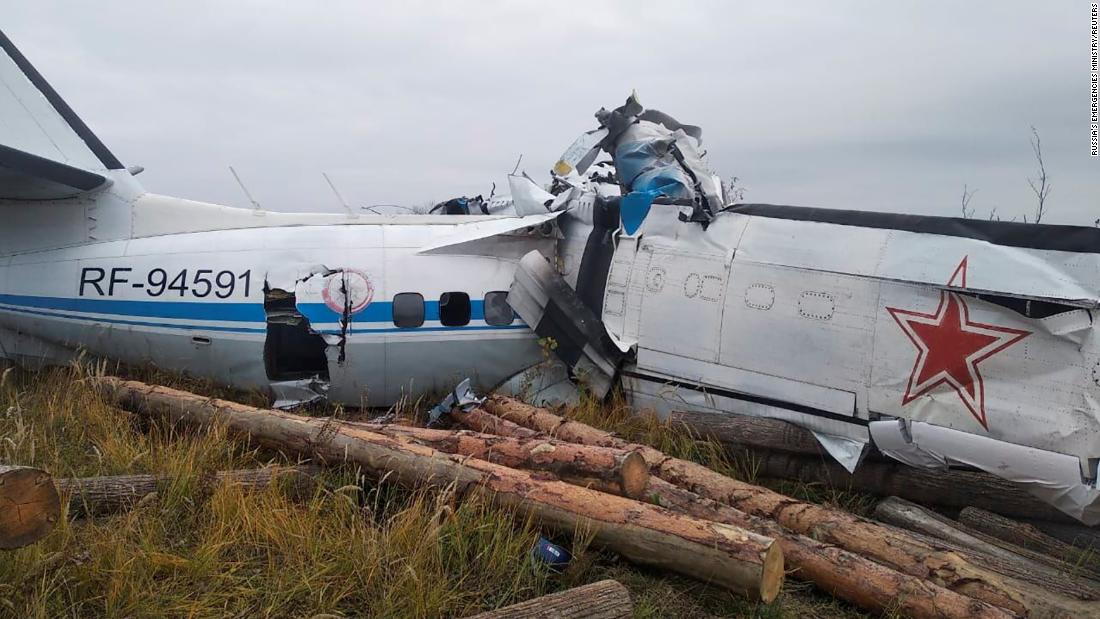 A plane carrying a group of parachute jumpers crashed in the Russian region of Tatarstan on Sunday, killing 16 people and injuring six, the Emergencies Ministry said.

The aircraft, which came down near the city of Menzelinsky, had been carrying 20 parachutists and two crew members. Six people were in a serious condition, the Health Ministry said.

A Let L-410 Turbolet twin-engine short-range transport aircraft, the plane was owned by an aeroclub in the city of Menzelinsk, the TASS news agency reported.

Cosmonauts use the area for training and the aeroclub has hosted local, European and world championships, the club's director Ravil Nurmukhametov was quoted by TASS as saying. 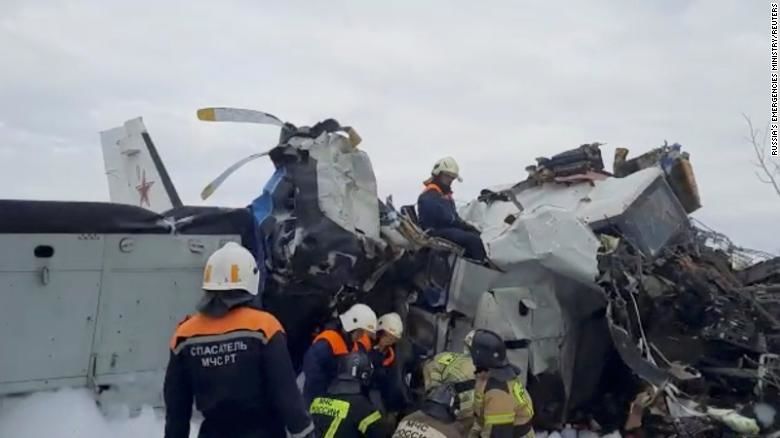 Emergency specialists work at the crash site of the L-410 plane near the town of Menzelinsk in the Republic of Tatarstan, Russia October 10.

The state-run Cosmonaut Training Facility has suspended its ties with the aeroclub pending an investigation, TASS cited a source as saying.

The RIA agency cited local authorities as saying one of the engines could have failed.

Photographs of some of the parachutists on board posing in kit or with a plane were circulated on the REN TV channel and on social media.

Russian aviation safety standards have been tightened in recent years but accidents continue to happen, particularly in remote regions.

An ageing Antonov An-26 transport plane crashed in the Russian far east last month killing six people. All 28 people on board an Antonov An-26 twin-engine turboprop died in a crash in Kamchatka in July.