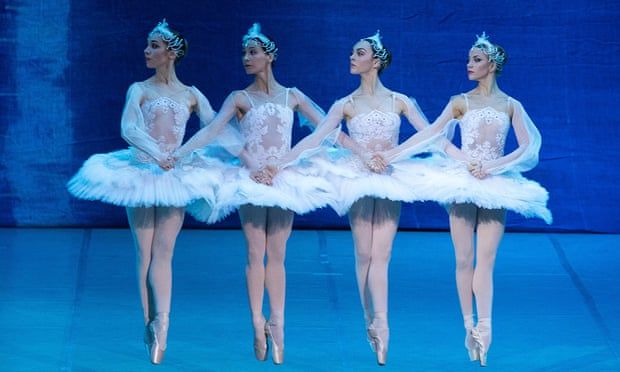 A Northampton theatre has become the latest venue to cancel a performance by a Russian ballet company amid the crisis in Ukraine.

The Russian State Ballet of Siberia, which has been performing in the UK since 2007, was due to complete a three-night run at the Royal & Derngate in Northampton, performing Cinderella, The Snow Maiden and The Nutcracker.

But on Saturday the theatre tweeted: “Given the situation in Ukraine, Royal & Derngate have taken the decision to cancel today’s performances of the Russian State Ballet.

“All customers who have purchased tickets for the ballet will receive a full refund and be contacted by our box office team over the next 10 days. They ask that you do not contact them at this time. We apologise for any inconvenience this causes.”

Performances have also been cancelled in Wolverhampton and on Friday, the Helix theatre in Dublin cancelled a performance of Swan Lake by the Royal Moscow Ballet “to stand in solidarity with the people of Ukraine”.

Wolverhampton Grand theatre said the decision to cancel the upcoming shows from 28 February to 2 March was “absolutely the right thing to do given the circumstances” as Russian troops closed in on the Ukrainian capital, Kyiv.

In a statement, Wolverhampton Grand theatre said: “Discussions and consultations between management, producers and agents have been ongoing since last Thursday.

“The decision to cancel is absolutely the right thing to do given the circumstances, however this will have a significant financial impact on the theatre which is still in recovery following the closure forced by the Covid-19 pandemic.

“Wolverhampton Grand theatre is a charity which works exclusively within the whole community, working with everyone.”

It added that all customers who had bought tickets for the ballet would receive a full refund.

The Royal Opera House in London has cancelled a tour from Russia’s Bolshoi Ballet in light of the crisis in Ukraine.

“A summer season of the Bolshoi Ballet at the Royal Opera House had been in the final stages of planning,” it said in a statement. “Unfortunately, under the current circumstances, the season cannot now go ahead.”

Outside Northampton’s Royal & Derngate theatre on Friday night, people expressed sympathy for the dancers of the Russian State Ballet of Siberia performing on stage that evening.

Selina Bidwell, who was attending the event with her mother, Veronica Ridzwan, said: “I was waiting to see whether it would be cancelled this afternoon, but more because they themselves, the Russians, might have thought they can’t go and do this.

“They must be wondering what reception they’ll get. I imagine they’re nervous. But it’s not their fault, we shouldn’t penalise them. They’re just trying to make a living. It’s not their fault they have a despot for a leader. We don’t know them, but if they are the ones that don’t agree with it, we need to support them.”

Another audience member said: “There’s a million and one things we can do to help, and cancelling [the ballet] is not one of them.”

He was wearing a yellow tie and trousers with a blue shirt to show solidarity with Ukraine, and said he had expected to see a protest outside the theatre. “But it’s not their fault. It’s one man’s fault, he’s a megalomaniac. I don’t really do politics but I hate bullies,” he said.

Ridzwan said the huge anti-war rallies taking place in Russia, in spite of Putin’s strict regime, showed how much of the Russian population opposed the invasion. “Not just in Moscow, all across the country they have come out,” she said.

Another guest, Jennifer Cartwright, said: “Those people in there are nothing to do with the actual war. Why should they be punished and blacklisted?”

Her daughter, Penny Welsh, said she understood why some people might feel uncomfortable attending. “I think some people might think it’s showing where your loyalties lie,” she said. “But it’s not. This is art, this is something beautiful, regardless of where it comes from.”