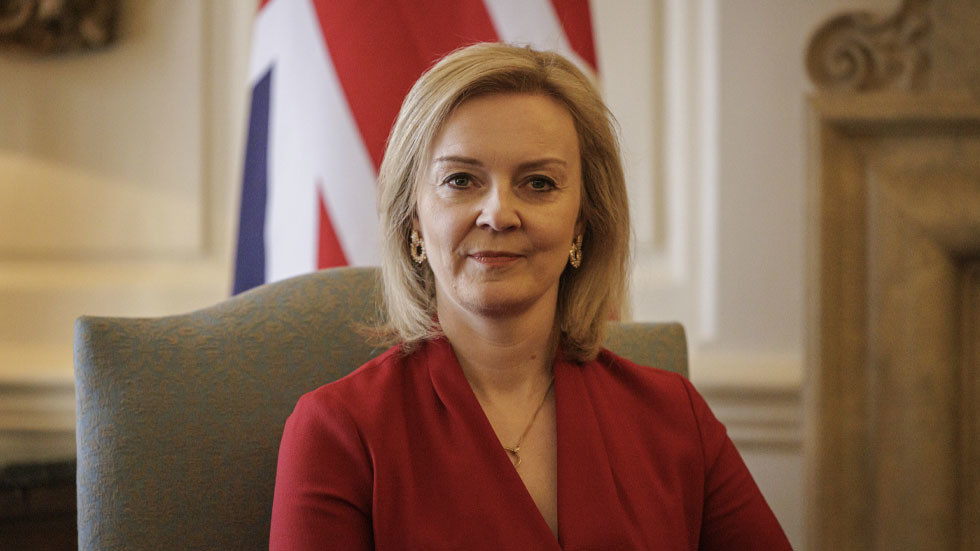 Russia’s Foreign Ministry jokingly responded to the top UK diplomat’s claims that the Baltic states may be the next aim for Putin
Moscow mocked the latest British "Russian invasion" claim on Sunday, with the Foreign Ministry taking a swipe at London's top diplomat. Liz Truss had suggested that Russia would not be satisfied once it invaded Ukraine, but rather would shift its focus to the Baltic states and even the western Balkans.

According to Truss, speaking in a Mail on Sunday interview, President Vladimir Putin “wants to turn the clock back to the mid-1990s or even before then.” Truss stressed that “it’s so important that we and our allies stand up to Putin,” because, in her view, “it could be Ukraine next week but then which country will it be next?”

Russia's top diplomatic spokeswoman Maria Zakharova gave a tongue-in-cheek response to the allegations on Telegram, writing that Truss “has nailed our insidious plans to invade the Kaliningrad region,” referring to the Russian enclave on the Baltic coast.

Her response is also an apparent nod to Truss’ talks with her Russian counterpart, Sergey Lavrov earlier this month, when Russian media revealed that the foreign secretary, replying to a question from Lavrov, said the UK would “never recognize Russia’s sovereignty over” the Rostov and Voronezh regions. British Ambassador Deborah Bronnert reportedly had to intervene, informing her boss that the two regions in fact belong to Russia.

Western leaders have been claiming for months that Russia is planning to attack Ukraine – an accusation that has been repeatedly denied by Moscow.

In recent days, tensions in eastern Ukraine have escalated. The Ukrainian government and the self-proclaimed Donetsk and Lugansk republics blame each other for the flare-up. On Friday, the two breakaway regions began evacuating civilians to Russia. On Saturday, they issued a mobilization order, claiming that Kiev’s forces are poised to intervene.
Add Comment