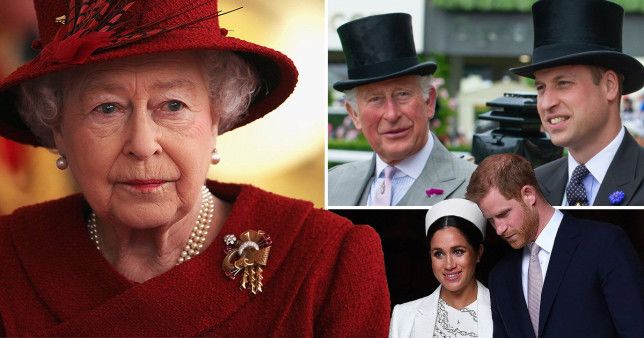 Royals congratulate Harry and Meghan on birth of baby Lilibet

The Queen, Charles, Camilla, William and Kate have congratulated Meghan and Harry on the birth of their baby daughter Lilibet.

It comes after Harry and Meghan announced they had welcomed baby Lili on Friday June 4 at 11.40am, weighing 7lb 11 oz.

More congratulations poured in for the couple, who also have a son, Archie, aged two.

Charities close to Harry’s heart were among the first to send their public well wishes.

The Diana Award established in memory of his late mother Diana, Princess of Wales, and the Wellchild charity, of which Harry is patron wished the couple well.

Lilibet “Lili” Diana Mountbatten-Windsor was named after the royals’ family nickname for the Queen.

It comes from her difficulties pronouncing her full name as a young child.

The Diana Award, set up to continue the legacy of Harry’s beloved mother, tweeted: ‘Congratulations to The Duke and Duchess of Sussex on the birth of their daughter Lilibet Diana Mountbatten-Windsor.

‘We extend our warmest wishes to the duke, the duchess and little Archie.’

The organisation’s chief executive Tessy Ojo said everyone involved in the charity is ‘delighted to welcome another grand child of Diana, Princess of Wales’.

A tweet from the Wellchild charity read: ‘Congratulations to The Duke and Duchess of Sussex on the birth of Lilibet Diana Mountbatten-Windsor.

‘We wish our patron the duke, and the duchess every happiness as they start this new adventure.’

Mr Johnson wrote: ‘Many congratulations to The Duke & Duchess of Sussex on the birth of their daughter.’

Shatner tweeted: ‘Congratulations to Prince Harry & Meghan on the birth of their daughter.’