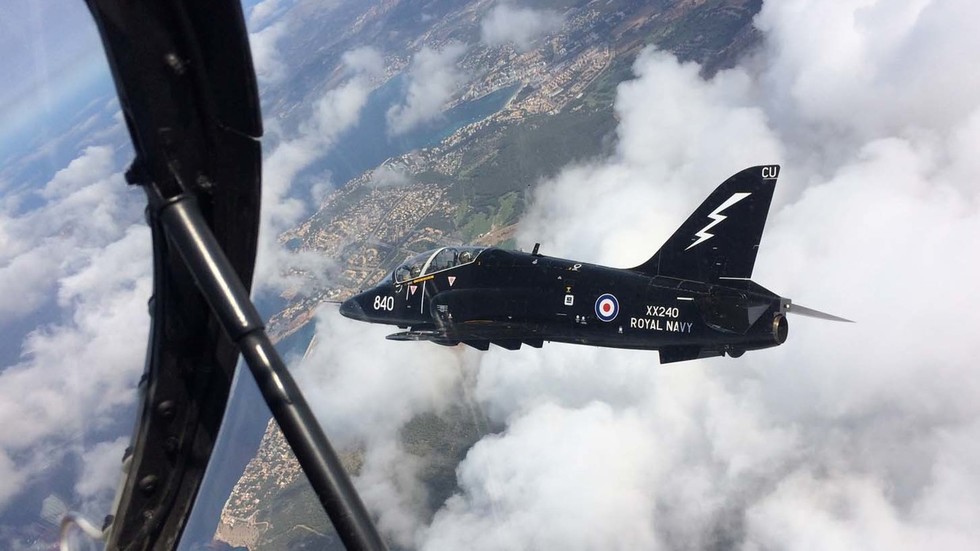 Royal Navy trainer jet crashes in Cornwall field, both pilots manage to eject and are being treated

A BAE Systems Hawk military trainer jet belonging to the Royal Navy has crashed in Cornwall. Both pilots in the plane have ejected safely and have been airlifted to hospital.

The trainer jet crashed in a field outside the town of Helston on Thursday morning. The crash has been confirmed by the defence ministry, which said the jet belonged to 736 Naval Air Squadron and was based at RNAS Culdrose.

“Emergency services are currently in the St Martins area of Helston following reports of a plane crash,” Devon & Cornwall Police said on Twitter.

"Two people have been treated by ambulance at the scene and will now be taken to hospital. Their injuries are not currently thought to be life-threatening or changing."

In a subsequent message, however, the police said that the “details of injuries not known at this time.” The military did not elaborate on the condition of the pilots either, stating that they were being checked by medics.

BAE Systems Hawk is a light two-seater military aircraft that has remained in service in the British military since the 1970s. Apart from being used in a training capacity, planes of the type can also be utilized as low-cost combat aircraft.