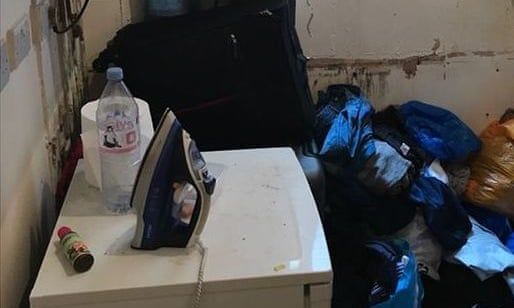 Brent council says multi-tenant properties run by Mohammed Mehdi Ali some of the worst it has seen
A rogue landlord who operated illegal rooming houses in London has been told to pay back £739,000 in illicit earnings or face jail, in one of the biggest confiscation orders of its kind, the council that investigated the case has said.

Planning enforcement officers at Brent council discovered up to 15 people living in some of the homes including, in one property, a family of four in one room, a family of three in another and three single men in another. The council said the housing, owned by Mohammed Mehdi Ali and his father, was some of the worst its officers had seen. It added that the renters appeared to be largely from eastern Europe and Brazil.

Ali will be sentenced on Monday, after a crown court judge ordered him to repay his earnings on three properties in north-west London, which he illegally converted and operated as houses in multiple occupation.

It follows an earlier £544,000 confiscation order against his father, Salah Mahdi Ali, in the court of appeal in 2014 that involved criminal earnings on two of the same properties. He had converted four homes into 38 flats without planning consent.

The largest part of Mohammed Mehdi Ali’s illegal earnings came from a complex of flats built above and behind a minicab office on Church Road in Willesden, which earned him nearly £90,000 a year on average, largely from housing benefits payments, according to the council’s investigators.

His father had earned hundreds of thousands of pounds on the same property before he was convicted of failing to comply with a planning enforcement order relating to its conversion into 12 flats without permission. The original 2010 crown court judgment said Salah Mahdi Ali had been living “a criminal lifestyle”.

The same property was later rented out illegally by Mohammed Mehdi Ali.

“This penalty sends a clear message that rogue landlords will not be allowed to get away with ignoring planning laws,” said Cllr Shama Tatler, Brent’s lead member for regeneration, property and planning. “The accommodation provided was some of the worst residential accommodation that officers have ever come across. Brent will not tolerate this type of behaviour, landlords providing such horrible conditions.”

The case is likely to fuel calls for the confiscation of rogue landlords’ properties as well as their earnings.

Judge Lana Wood, sitting at Harrow crown court, told Mohammed Mehdi Ali he would face a prison term of five years and nine months if he did not pay the order, made under the Proceeds of Crime Act, in full within three months. He was also ordered to pay Brent council £30,000 in legal costs.
Add Comment