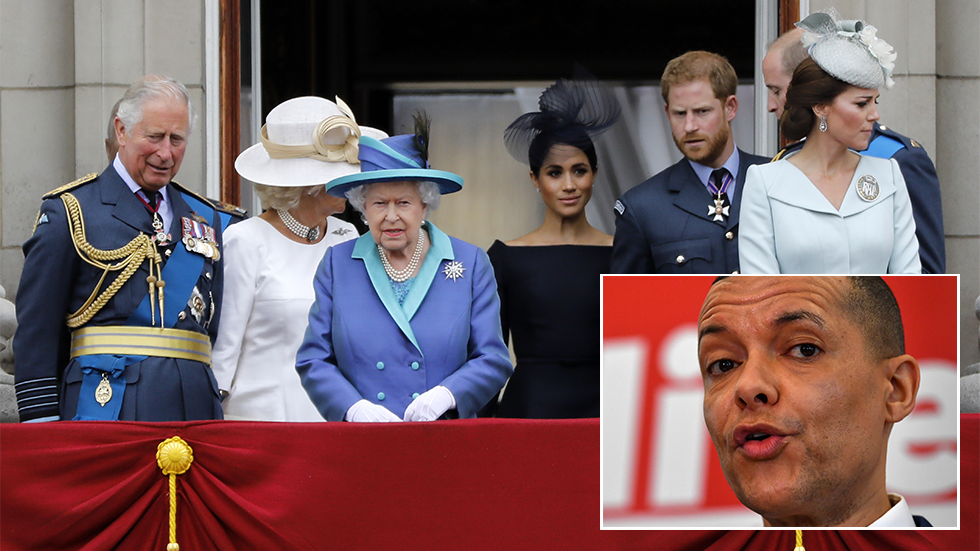 Clive Lewis -the Labour politician bidding to become Jeremy Corbyn's successor -has suggested as part of his leadership pitch, that the British people should decide the future of the Royal family in a referendum.

Following his speech in Brixton on Friday, the Norwich South MP was asked by a reporter to give his views on the state of the monarchy, with regards to Prince Harry and Meghan Markle's recent decision to "step back" from senior royal duties.

Lewis said that he respected the couple's decision due to the press treatment that they have received, along with "the racism that Megan has experienced in the British media." Moving on to the topic of democracy, Lewis -who is struggling to gain enough nominations from his Labour MP colleagues to get on the leadership ballot -claimed the public should have a say on the monarchy's future.

"Why not have a referendum in this country on the future of the Royal Family?"

Lewis claims there is widespread support for the Royal family to be "scaled down;" a point he reiterated later on social media, adding that he wasn't calling for the monarchy to be abolished, but merely for the public to have a say over "their size and the money they receive."

In response to my comments about the royal family. I didn’t say they should be abolished, I have lots of respect for the hard work they do. I simply think the question about their size & the money they receive should be one for the public. Asking these questions is democratic.

The Duke and Duchess of Sussex announced on Wednesday that they will now look to become financially independent. The couple also say they'll divide their time between the UK and North America.

"After many months of reflection and internal discussions, we have chosen to make a transition this year in starting to carve out a progressive new role within this institution," the Sussex's statement said.