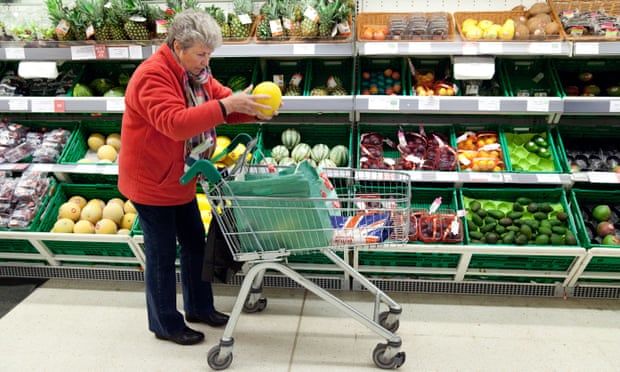 Supermarkets could face gaps on shelves if small businesses go bust this winter as a result of soaring costs, the UK’s leading food industry group has warned.

“It’s going to be a really difficult winter,” Karen Betts, the chief executive of the Food and Drink Federation, told MPs on the business, energy and industrial strategy (BEIS) committee, pointing to the rise in food and drink inflation to 12.7%.

“Our industry feels caught in the eye of a pretty powerful storm at the moment,” she said. “We know we have a huge responsibility to keep prices affordable, but all of our manufacturing companies are experiencing exponential rises in their inputs, whether that’s the cost of ingredients, the cost of energy, the cost of raw materials, the cost of transport, the cost of labour.

“Companies are doing everything they can to cut costs. You’ll see advertising and marketing budgets slashed. You’ll see in some cases product lines being rationalised, but there are limits to all of that. Companies have to remain viable, so some costs are being passed on. Different businesses will be impacted in different ways and some businesses may not make it through.”

She said businesses were finding it impossible to fix their energy prices at an affordable price, and that most companies were switching to a daily rate because they were being offered “exponential” rates for a fix, with more volatility as a result.

Some energy intensive sectors, such as flour millers, coffee roasters and bakeries, have been affected more than others by the very high energy prices.

The committee’s chair, the Labour MP Darren Jones, asked whether supermarkets would be left with shortages of some food or drink items if companies went bust because of high energy bills.

Betts responded: “If that were to happen, yes, there will be consequences, there will be tightening of supply in certain products, absolutely. There are worries about SMEs [small and medium-sized enterprises] having a particularly hard time with this. Much of this will be around cashflow.”

Even if the new prime minister, Liz Truss, announces a “very significant” package of support on energy bills on Thursday, this may not be enough to avoid a UK recession, although it would cushion the impact of the downturn, MPs heard.

Torsten Bell, the chief executive of the Resolution Foundation, told the BEIS committee that the downturn could be less steep if the government supports household incomes and businesses.

Bell said the Bank of England was “broadly right” to paint a grim picture of the UK economic outlook in early August, when it predicted the economy would fall into recession by the end of 2022, and shrink through 2023.

However, those forecasts did not take into account the freeze on energy bills expected in the coming days, he said: “A package of measures that provides very significant support could see us move from a situation where household incomes are falling very significantly this year, [by] 5%, to one where there’s almost no fall,.”

Also testifying to the BEIS committee, Dame Clare Moriarty, the chief executive of Citizens Advice, said the charity was hearing from more people who have had their gas and electricity supply cut off because they are on pre-payment meters and cannot pay, and are “a day away from running out of food”.