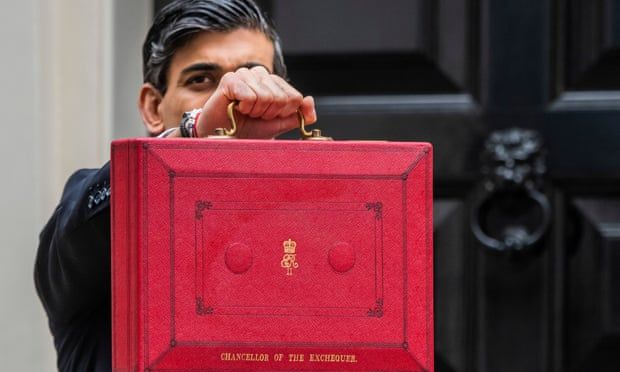 Rishi Sunak has announced the first corporation tax rise in 47 years, but sought to soften the blow with £25bn in investment incentives for British businesses.

The headline rate of corporation tax, the tax businesses pay on their profits, will rise to 25% for company profits over £250,000 from April 2023, the chancellor told parliament in Wednesday’s budget.

The tax increase will raise £47.8bn by April 2026, the Treasury said, representing the single biggest tax rise in the budget. Businesses with profits of less than £50,000 will continue to pay the current corporation tax rate of 19%, although the rate will be tapered up for businesses as they get closer to the £250,000 profit level.

Sunak’s announcement is the first increase in the main rate of corporation tax since 1974 under Denis Healey, a Labour chancellor. The hike came as a shock to the Conservative party’s traditional allies in big business. Successive Conservative chancellors had steadily cut corporation tax from 28% when the party first came to power in 2010 to an all-time low.

Sunak said it was “fair and necessary to ask [businesses] to contribute to our recovery” in light of spending of more than £100bn on emergency support for companies during the coronavirus pandemic.

However, Sunak also announced a new two-year tax “super deduction” for businesses who invest in new plant or machinery, in an attempt to improve the UK’s historically weak productivity growth.

Companies will receive a tax cut worth 130% of investments made between 1 April 2021 and 31 March 2023, meaning the government will effectively pay for companies to invest their capital. The deduction will be worth £25bn over two years to businesses.

Analysts said the investment subsidy could prove to be a boon to large companies with pre-existing investment plans. Telecoms group BT, which has a significant broadband investment programme, recorded a share price gain of 6.8% on Wednesday.

Keir Starmer, the Labour party leader, said the super deductions policy was “unlikely to make up for the 10 years when the levels of investment growth have trailed other countries.”

Plans to raise corporation tax had been leaked to the media before the budget, but the size of the planned increase took many by surprise. EY, the accountancy group, said it meant that businesses would pay for 60% of the tax rises announced by Sunak.

The 25% top rate will be higher than the average headline rate of corporation tax in the EU, which was 22.2% in 2020, or the 21% headline corporation tax rate in the US. It is also similar to the 26% advocated by the Labour party under the previous leader, Jeremy Corbyn.

The Confederation of British Industry (CBI) said the budget “leaves open the question of UK competitiveness long-term”. The UK’s largest corporate lobby group is generally in favour of lower taxes on businesses.

Tony Danker, the CBI’s director-general, said: “The super deduction should be a real catalyst for firms to greenlight investment decisions. The boldness of the chancellor on this measure is to be admired.

“But moving corporation tax to 25% in one leap will cause a sharp intake of breath for many businesses and sends a worrying signal to those planning to invest in the UK.”

The delay to the implementation of the corporate tax increase left the door open to lobbying before it is imposed. Jonathan Geldart, director-general of the Institute of Directors, another business lobby group, said adjustments to the plan should be considered if the economy recovers faster than expected.

Sunak’s attempt to sweeten the pill for businesses also temporarily extended the ability to “carry back” losses from one year to three years. The rule change will mean that for the next two years companies who have swung to losses can gain refunds of up to £760,000 for tax payments made in the previous three years. The policy is expected to cost about £1bn over two years.

Sunak said that his tax rises were “decisions no chancellor wants to make”, but said they were necessary to reduce the amount the government is borrowing.

“I recognise they might not be popular, but they are honest,” he said.