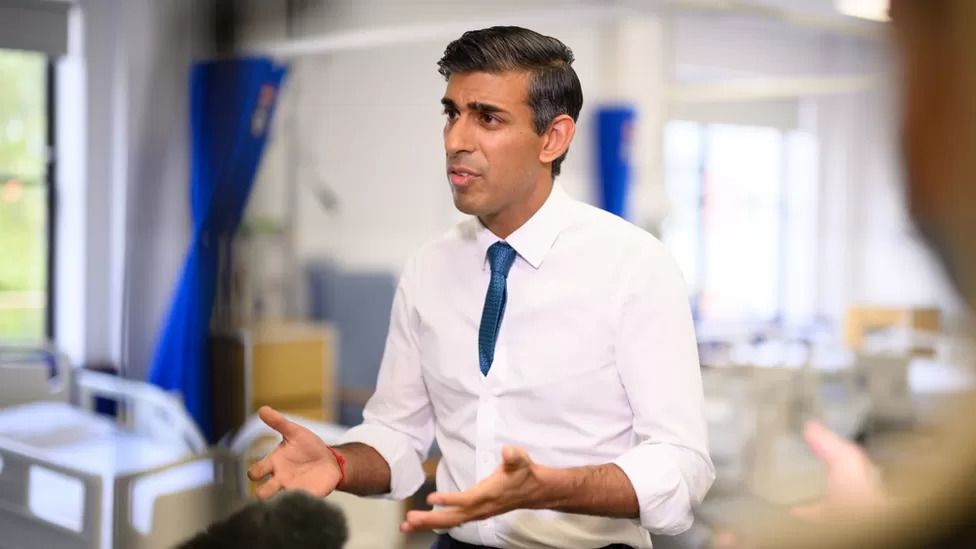 Prime Minister Rishi Sunak has chosen ITV News journalist Amber de Botton as his new director of communications.
She will leave the broadcaster, where she is head of UK news, to run Downing Street's media operation.

It comes as removal vans were spotted in Downing Street on Saturday as Mr Sunak and his family moved into No 10.

The prime minister, along with his wife and two daughters, previously lived in the flat above No 10 when he was chancellor under Boris Johnson.

She will be a special advisor, responsible for selling the merits of the government.

Mr Peston tweeted that she is "a brilliant news editor and journalist" and "leaves a huge hole at ITV News".

The new prime minister has previously poached journalists from ITV.

In 2020, the then-chancellor appointed the broadcaster's national editor Allegra Stratton as his director of strategic communications, before she was picked by Mr Johnson to lead No 10's daily televised press briefings.

Ms Stratton later resigned after ITV published a video laughing at how to describe a Downing Street staff party held during a period of pandemic restrictions.

Salaries for the role can vary. Ex-BBC correspondent Guto Harri, Downing Street director of communications under Boris Johnson in 2022, received £140,000 to £144,999 annually for the role.

While Adam Jones, Liz Truss's director of communications, was on a £80,000 to £84,999 salary during her short time in office as prime minister, figures showed.
#Boris Johnson  #Johnson
Add Comment