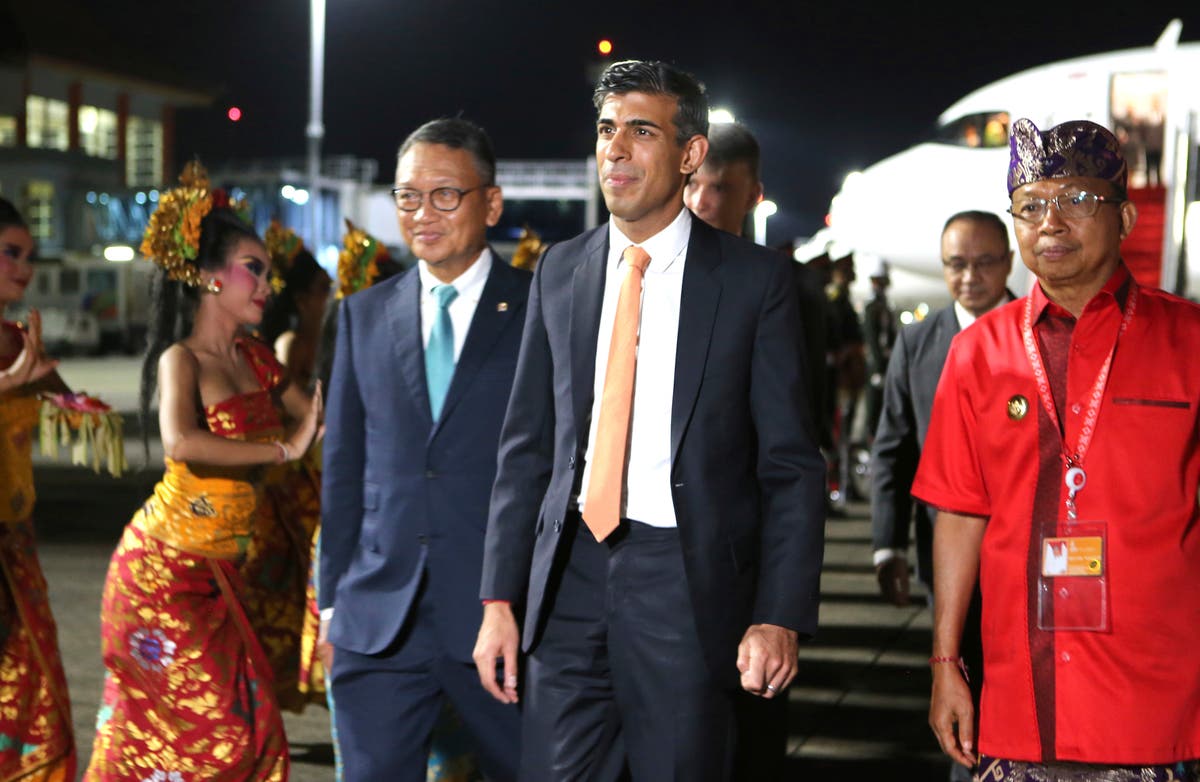 Rishi Sunak has said Russia is becoming a “pariah state” as he prepares to “unequivocally condemn” Moscow for its invasion of Ukraine at the G20 summit.

The Prime Minister is in Bali with fellow leaders of the world’s major economies, and was planning to use the first summit session on Tuesday to confront Russia’s representative Sergei Lavrov with allies.

President Vladimir Putin was long expected to attend the meeting, but is sending his foreign minister in his place, as he continues to suffer military setbacks and unanimous condemnation from Western powers.

Speaking to reporters travelling with him to Indonesia, Mr Sunak said: “It’s telling that Putin is not there.

“Russia is becoming a pariah state and he’s not there to take responsibility for what he’s doing.”

Asked how he will engage with Mr Lavrov at the summit, the Prime Minister said: “I’m going to take the opportunity to unequivocally condemn the Russian state and Putin for their abhorrent and illegal war.

The G20 leaders’ summit is not only the first since the Kremlin launched its full-scale invasion in February, but the first in the group’s history held in the shadow of a major European war instigated by one of its members. 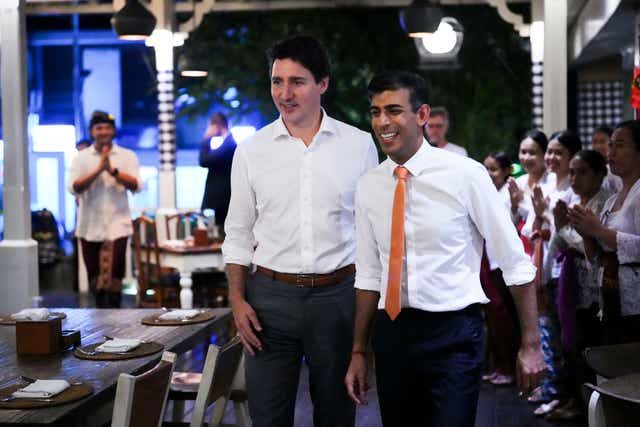 The gathering looks likely to be dominated by the fallout from the conflict, which has caused and exacerbated global economic woes, driving up food and energy prices worldwide.

Asked if he would encourage Kyiv to enter peace talks, Mr Sunak said that is a question for the Ukrainians.

“It’s a bit unfair to say to the Ukrainians: ‘look you should be negotiating’ when your country and your civilian infrastructure is being relentlessly bombed, as it is currently.

“So our job is to continue to help the Ukrainians defend themselves, and put themselves in the strongest possible position, at a time of their choosing, to bring a negotiated settlement.

“But nothing that Russia is doing at the moment would suggest that they are committed or interested in that approach right now.”

The leaders of the two superpowers agreed that “a nuclear war should never be fought” and cannot be won, “and underscored their opposition to the use or threat of use of nuclear weapons in Ukraine,” according to US officials.

Beijing has given a muted reaction to Mr Putin’s invasion but has called for a negotiated peace agreement. In September, China’s foreign minister Wang Yi said that Beijing “supports all efforts conducive to the peaceful resolution of the Ukraine crisis”. 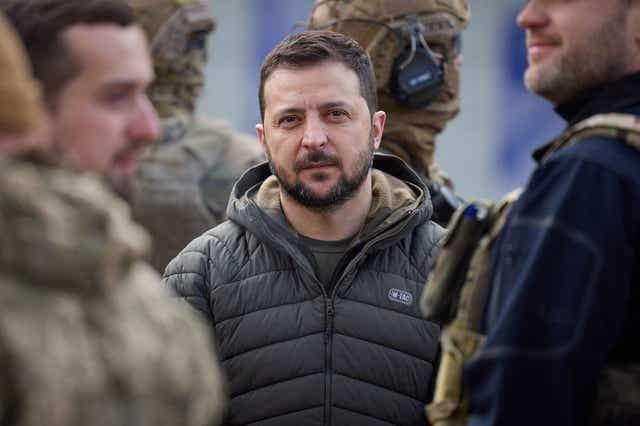 Foreign Secretary James Cleverly earlier told LBC Radio that Mr Putin “will listen to what the Chinese say” as Beijing remains one of Moscow’s last significant international allies. “China has a huge influence on the world stage,” he added.

Separately, the head of the CIA met with his Russian intelligence counterpart in Istanbul on Monday to underscore the consequences if Moscow were to deploy a nuclear weapon in Ukraine.

A spokesperson for the National Security Council confirmed that Bill Burns met with his Sergey Naryshkin, director of Russia’s Foreign Intelligence Service, on Monday to “communicate with Russia on managing risk”.

In other developments, Mr Zelensky visited the southern city of Kherson on Monday after his troops liberated the territory from Russian occupation.

Mr Zelensky shook hands with soldiers and waved to civilians looking out from surrounding flats as he was escorted by bodyguards three days after his troops swept into the city. 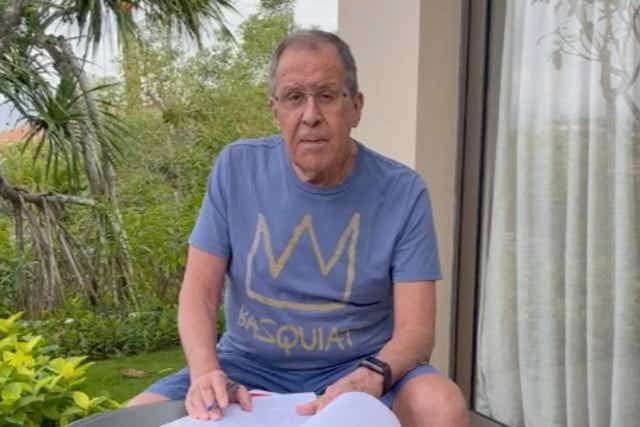 He told soldiers they had "proved it was impossible to kill Ukraine", then held a minute's silence for the dead.

Russia’s foreign minister Mr Lavrov, 72, denied reports that he had been hospitalised with a heart condition in Bali prior to the G20 conference.

Associated Press, citing Indonesian officials, said that Mr Lavrov had been taken to hospital after arriving on the island for the summit.

Ms Zakharova posted a video of Lavrov, President Putin's foreign minister since 2004, sitting outdoors on a patio, dressed in shorts and a T-shirt and reading documents.