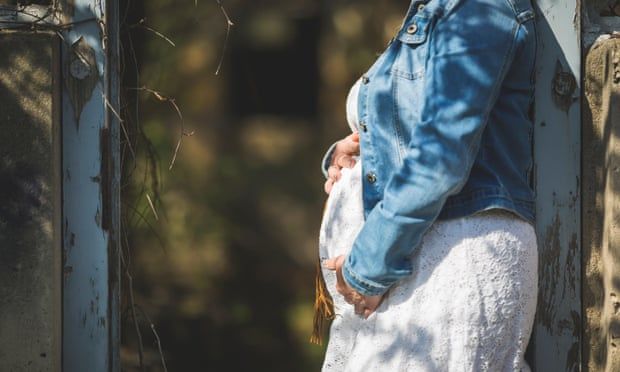 The health of pregnant migrant women and their unborn babies is being put at risk due to fears around NHS charging, with some trusts demanding upfront fees for maternity care or wrongly charging those who are exempt, it has been claimed.

Vulnerable migrant and asylum-seeking women with no recourse to public funds are frequently being issued huge bills ahead of giving birth or aggressively pursued for payments during their pregnancy against current guidance, maternity rights groups have warned.

According to Maternity Action, which supports around 400 women a year who have had encountered difficulties with NHS charges, one trust asked a migrant woman for a £5,000 deposit for her birth. Another demanded monthly repayments of £800 from a woman who could not afford to pay and referred her to a debt collection agency while she was still pregnant.

“There should be no upfront charging for maternity care. Every woman is entitled to antenatal care regardless of whether or not they are chargeable,” said Christine Benson, an immigration lawyer for Maternity Action.

“What we saw previously was trusts giving invoices to pregnant women but not requiring payment until after the birth. However, increasingly over the last eight months we are seeing NHS trusts having different approaches to undocumented women in relation to charging.” NHS trusts, she added, had misassessed regulations “many, many times”.

The culture of fear around charging means women are sometimes declining vital care.

Ros Bragg, director of Maternity Action, said: “Many women are frightened to attend their appointments after receiving these invoices. Those who are chargeable include some of the most vulnerable women in the UK who do not have permission to work or access to the mainstream benefits system. They may be living in exploitative relationships in order to secure food or accommodation.

“The policies deter women from accessing maternity care but, more worryingly, the safeguards within these policies are not routinely being followed by NHS trusts, particularly in England. As a result, a woman who, for example, discloses domestic violence or abuse may still be charged or may not be referred on to other agencies.”

One woman, known as Sandra, who came to the UK from Ghana, said before giving birth at a north London hospital she was told she would need to find £2,000 for a natural birth or £4,000 for a C-section.

She told the Observer: “The midwives were doing their job and would still see me but the NHS kept calling me and asking for money. I managed to pay £300 initially then weekly payments of £20, but it was all I could afford.”

After her baby was delivered by emergency C-section she received constant phone calls from the trust threatening to report her to the Home Office. “My partner left me, so it was just me and my baby. Every time they called I said: ‘I can’t pay you because I need the money to feed my child.’”

The impact of NHS charging was a common theme raised by women giving evidence to the organisation Birthrights as part of an ongoing inquiry into racial disparities in maternity care.

During six focus groups with refugee, asylum-seeking and migrant women from a range of ethnic communities across in London and Swansea, multiple participants claimed their antenatal care was negatively impacted by a fear linked to their immigration status.

One woman who experienced bleeding in early pregnancy was denied a scan unless she could pay £220 upfront. Another said the Home Office unexpectedly turned up at her home on the day she had a scheduled induction to move her and her husband out of London. Others received NHS letters demanding payments of more than £5,000 when they went into labour – and in some cases British-born women were assumed to be chargeable due to the colour of their skin, the inquiry heard.

Amy Gibbs, chief executive of Birthrights, said: “Our inquiry heard multiple accounts of black and brown women being too afraid to access antenatal or hospital care, facing intrusive questions about their immigration status during appointments and receiving demands to pay thousands of pounds for routine care when they can’t afford basic essentials. Failure to provide adequate interpreting services compounds these barriers. This is structural racism in action.” Evidence shows that women from Black and Asian backgrounds – which includes many migrants – are more likely to die and have poorer outcomes in childbirth than white women.

The Royal College of Midwives has called on the government to scrap the “punitive” NHS charging of pregnant migrant women and last week issued fresh guidance on the matter. Clare Livingstone, an RCM policy adviser, said: “No women should be afraid to come forward to get the care they are entitled to, and we must remove any obstacles that prevent them doing that. This means not charging them for their care.”

Currently migrant women should not be relocated from 34 weeks pregnancy but the RCM is calling for this to be changed to 20 weeks.

A government spokesperson said: “All refugees, asylum seekers and victims of modern slavery are exempt from NHS treatment costs. While some other migrants or visitors to the UK may be required to contribute, we’ve always been clear urgent care should never be delayed or withheld over charges, including all maternity services. It is illegal for any relevant body to racially profile patients and our guidance makes very clear that every patient should go through the same process when identifying who may have to pay for their healthcare.”