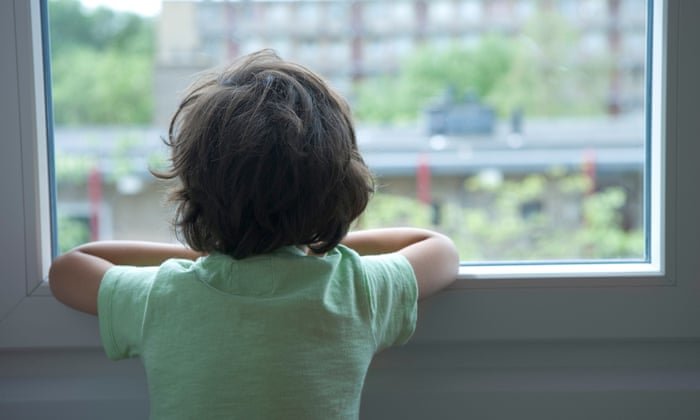 Councils are placing children in care homes that inspectors say do not provide a good standard of care at a cost of millions of pounds, an investigation has found.

The Guardian asked councils across England for information on the number of children being sent to homes run by 78 providers, all of whose properties were listed by Ofsted as being inadequate or in need of improvement to be good at the end of March.

Fifty-eight children were placed in such homes by at least 23 local authorities in the following three-month period, handing more than £2.3m to failing providers, according to freedom of information responses and analysis of councils’ published expenditure.

The Guardian interviewed staff at some of these failing homes, with one former employee accusing bosses of not giving staff appropriate training and only caring about “money through the door”. At another company, a staff member said he had £40 a child to spend on breakfast, lunch and dinner for an entire week.

Critics have described the findings as worrying but said there were not enough homes and councils were in a “straitjacket”, with nowhere to place vulnerable children.

The children’s commissioner, Anne Longfield, said it was not acceptable that young people in care “are being asked to pay the price of system failures … and ultimately put at risk”.

Ann Coffey, the former MP who chaired the all-parliamentary group for runaway and missing children until she stood down at the last election, said children should not be placed in homes where the care is consistently inadequate.

She added: “Local authorities are in a straitjacket really … They have a statutory responsibility for these kids and have to place them somewhere and can only place them somewhere where there is an available home. No social worker would willingly place a child at a home that is inadequate.”

In some instances children were sent to homes run by providers that have repeatedly been deemed inadequate by Ofsted, which as well as inspecting schools, appraises services that care for children and young people.

The regulator rates children’s homes as either outstanding, good, requires improvement to be good or inadequate. Ofsted inspects homes that were judged in the latter two categories at least twice in each year-long inspection period. Homes that are judged as outstanding or good get one full inspection.

Yvette Stanley, Ofsted’s national director for social care, said: “We would expect a council to think long and hard about that [sending a child to a home rated inadequate] and whether it was meeting a child’s needs. When we rate a home as inadequate we are saying it needs to improve radically and with pace, but if we found it unsafe we’d take regulatory action … so it is possible to place a child in an inadequate setting but we would expect them to want to talk to us to reassure themselves about reasons for inadequacy.”

She added that the issues raised were indicative of a lack of capacity in the system to provide for children with complex needs.

A source who works at one care home run by Sherico Care Services was critical of management at the firm’s children’s homes. He said staff were given just £40 a child to do a week’s worth of food shopping. “That is crazy, and makes it challenging for us to manage that. You have to find ways to make pounds stretch, that’s £40 for breakfast, lunch and dinner every day for a week,” the staff member said.

The worker said staff earned about £8.50 an hour and the working hours were “ridiculous”. “You would not be surprised if someone had to work 24 hours, which is crazy,” he said. “But there are no benefits of sleep-ins, you do not get extra pay for staying overnight.”

They added that there had been times when homes were understaffed. “I was in a situation where there was myself and another colleague and three children there. A fight broke out and we had to try to stop that. But what if a third child wanted to get involved? There’s no one there to intervene. Situations like that can get quite dangerous,” he said.

A spokesperson for Sherico said: “We do not recognise the allegations that have been made by the Guardian. No member of staff has made any such complaints to us. We currently operate three homes; one of which is rated good, one requiring improvement and one inadequate. The company took the decision to close two other registered homes. The quality of care provided to our service users is our top priority and we are working hard to bring it up to the required standard where it falls short.”

Another company, Parkview Care, which operates in south-east England, had its facilities rated as “requires improvement to be good”.

Former staff alleged that children were brought in – regardless of whether staff had suitable training to manage them – to get “money through the door”.

One worker claimed: “The home [I worked in] was advertised as a therapeutic establishment but none of the staff were trained therapeutically and did not have the right training to deal with the level of need.”

Parkview said it had a history of providing good quality care to vulnerable children but in June 2018 Ofsted inspections took place that identified issues with the standard of care. The company said improvements were made.

The company added that in February 2019, despite progress being made it was acknowledged that this was “slower than anticipated and they restructured and streamlined the business”, which had a positive effect.

“We continually review all of our operational processes in an effort to exceed the standards with which we must comply,” it said.

The chair of the Local Government Association’s children and young people board, Judith Blake, said: “The vast majority of children’s homes are rated good or outstanding by Ofsted, but year-on-year increases in the number of children entering the care system mean services are under significant and increasing pressure. Demand for children’s home places can often outweigh supply.

“Meanwhile, financial pressures on children services are limiting council’s efforts to develop and maintain the right provision locally. This can mean they are forced to place children in placements that are not best suited to their needs.

“It is important that the government works with councils to urgently improve the availability of high-quality homes that meet the needs of children in care.”