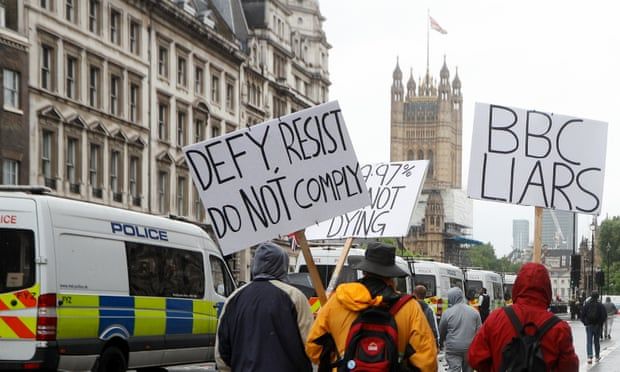 A British autism charity that received hundreds of thousands of pounds in national lottery funding has links to the anti-vaccine movement and is being jointly run by a campaigner who likened the Covid-19 jab rollout to a Nazi war crime.

Thinking Autism also promoted unproven autism treatments in testimonials on its website and directed families to clinicians linked to the disgraced former doctor Andrew Wakefield, an investigation has found.

The Charity Commission said it had opened a case into the charity and was assessing evidence passed to it by the Observer. It comes seven years after a campaigner claims she first raised concerns about Thinking Autism with the regulator and National Lottery Community Fund.

Awarded charity status in 2006, Thinking Autism claims to “change lives” by providing “hope, emotional support and practical information” to autistic people and their families, and has received £389,750 from the lottery fund since 2015.

It is jointly run by Joanne Allman, a vocal Covid sceptic who last year stood as a local election candidate in Sefton, Merseyside, for the Freedom Alliance, a “campaigning political party” born out of the pandemic to “resist attacks on medical freedom and body autonomy”.

On social media, Allman – described in records as a trustee, treasurer and director of Thinking Autism – dismissed Omicron as “moronic variant scariant BULLSHIT” in a post on Facebook in November 2021 and last month re-shared a post on Twitter calling the vaccine rollout a “reckless, dangerous, insane experiment”.

In other posts she said PCR testing was a “fraud underlying the greatest hoax in medical history” and tweeted that people “the world over” were being “coerced into having an experimental vaccine”. Alongside a picture of the Nuremberg trials, held after the second world war to bring Nazi war criminals to justice, she wrote: “How long will we have to wait before those … who are complicit in tyranny are brought to justice for crimes against humanity?”

The charity itself has publicly been largely quiet on Covid-related issues, aside from announcing its opposition to vaccine passports. But it has a history of promoting misinformation dating back to at least 2014, when it shared a video in support of research by Andrew Wakefield, who was struck off the medical register for a discredited study claiming vaccines were linked to autism.

Its website, meanwhile, carries testimonials for unproven autism “treatments” including homeopathy and “CEASE therapy”, a pseudoscientific approach that claims to remove supposed toxic effects from outside sources, including vaccines.

Campaigner Emma Dalmayne, who runs Autistic Inclusive Meets, a non-profit organisation that advocates for autistic people, said she first reported concerns about the charity’s alleged promotion of unproven treatments to the Charity Commission and National Lottery Community Fund in 2015. 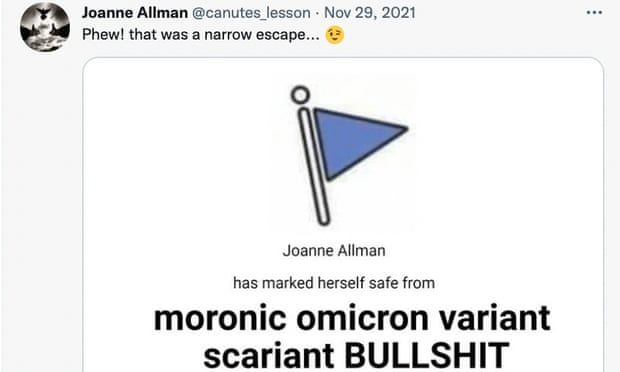 She questioned why it was still operating seven years later. “The Charity Commission is potentially putting vulnerable children at risk by lending credibility to organisations like Thinking Autism,” she said.

Michael Marshall, project director at the Good Thinking Society, which campaigns against pseudoscience, said it was “extremely troubling” to see people linked to the charity “trying to undermine efforts to curb the spread of Covid-19”. “If they cannot understand the importance of public health measures, and cannot refrain from baseless scaremongering about vaccines, they should not be in a position where their misinformed opinions may put children in harm’s way,” he said.

Thinking Autism said members of the charity were “free to hold their own views” and that it endorsed the rights of autistic people and their families to speak about their healthcare experiences. It said it heard from “hundreds of families” each year thanking it for its support. “The charity does not endorse any specific view except that people with autism who are suffering from healthcare problems deserve appropriate investigations and treatments,” it said. “Because healthcare is an individual and personal choice, and because we are not medical professionals but rather parent volunteers, we are explicitly clear on our website and social media that information we provide should not be construed as medical advice.” 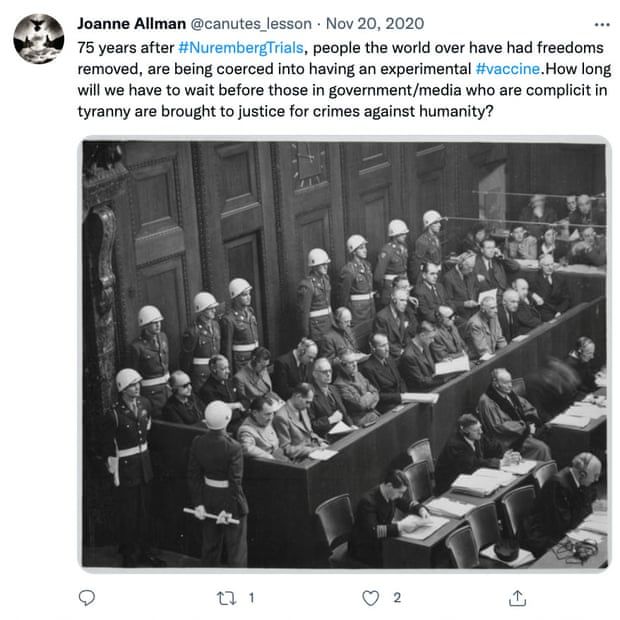 Allman said the posts were made from her personal social media accounts and did not make references to autism. “My personal opinions on Covid-related issues have no bearing on my role as a director and trustee of Thinking Autism,” she said.

The Charity Commission said it had opened a compliance case relating to concerns raised about Thinking Autism, “including the charity’s use of social media”, and was “currently engaging with the trustees”. It said it had “no record” of a 2015 complaint.

The National Lottery Community Fund, which allocates money raised by the lottery to community groups and charities, said its funding relationship with Thinking Autism “reached its conclusion” in 2020. In relation to the 2015 complaint it said: “We looked into it and were satisfied that the funding was being used in line with the agreed proposal.”