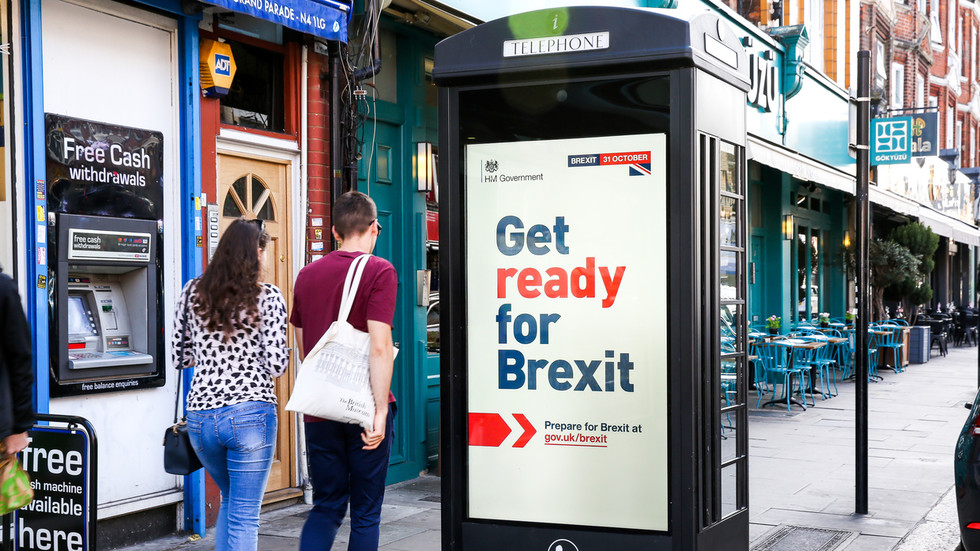 The Tories’ much-ridiculed ‘Get ready for Brexit’ campaign – costing £46 million of taxpayers’ money – rolled out last autumn had little impact on UK citizens’ level of preparedness for Brexit, a Whitehall watchdog has found.

The head of the National Audit Office (NAO), Gareth Davies, said that it was “not clear” that the UK government’s multi-million pound information campaign “resulted in the public being significantly better prepared.”

The campaign was brought to an end on October 28 – three days before the UK was officially supposed to leave the EU – after Brussels granted PM Boris Johnson a further extension to January 31.

Conservative ministers opted for the most expensive of four campaign options with a total budget of £100 million. The Cabinet Office estimated that it reached nearly the entire population, with every citizen having the opportunity to see the adverts 55 times.

However, critically the NAO said the amount of people looking for information about Brexit did not change significantly – ranging from 32 percent to 37 percent during the campaign, to 34 percent when it was halted.

The seemingly wasteful use of public money on an ineffectual Brexit information campaign has provoked anger on social media. One person tweeted: “I am incandescent with rage at the thought of arrogant fat cats wasting our money.”

Others suggested that the same money could have funded more worthwhile projects like a new state-of-the-art secondary school.

Gifs were also posted from both those that were unsurprised at the report’s findings and others who ostensibly have taken great pleasure in seeing “Remainiacs” triggered by the cost.

Is anyone actually shocked that the one-liner "Get Ready for Brexit" didn't help people prepare? It gives about as much practical, actionable information as "Brexit means Brexit". Should I be stockpiling? pic.twitter.com/Gt6tNWjzbs

The government's poster and online campaign alerting the public and businesses to the issues they have to face as the Brexit deadline approached was ridiculed on social media. Twitter users gave their own interpretations of what the UK should be ‘getting ready’ for come Brexit day.