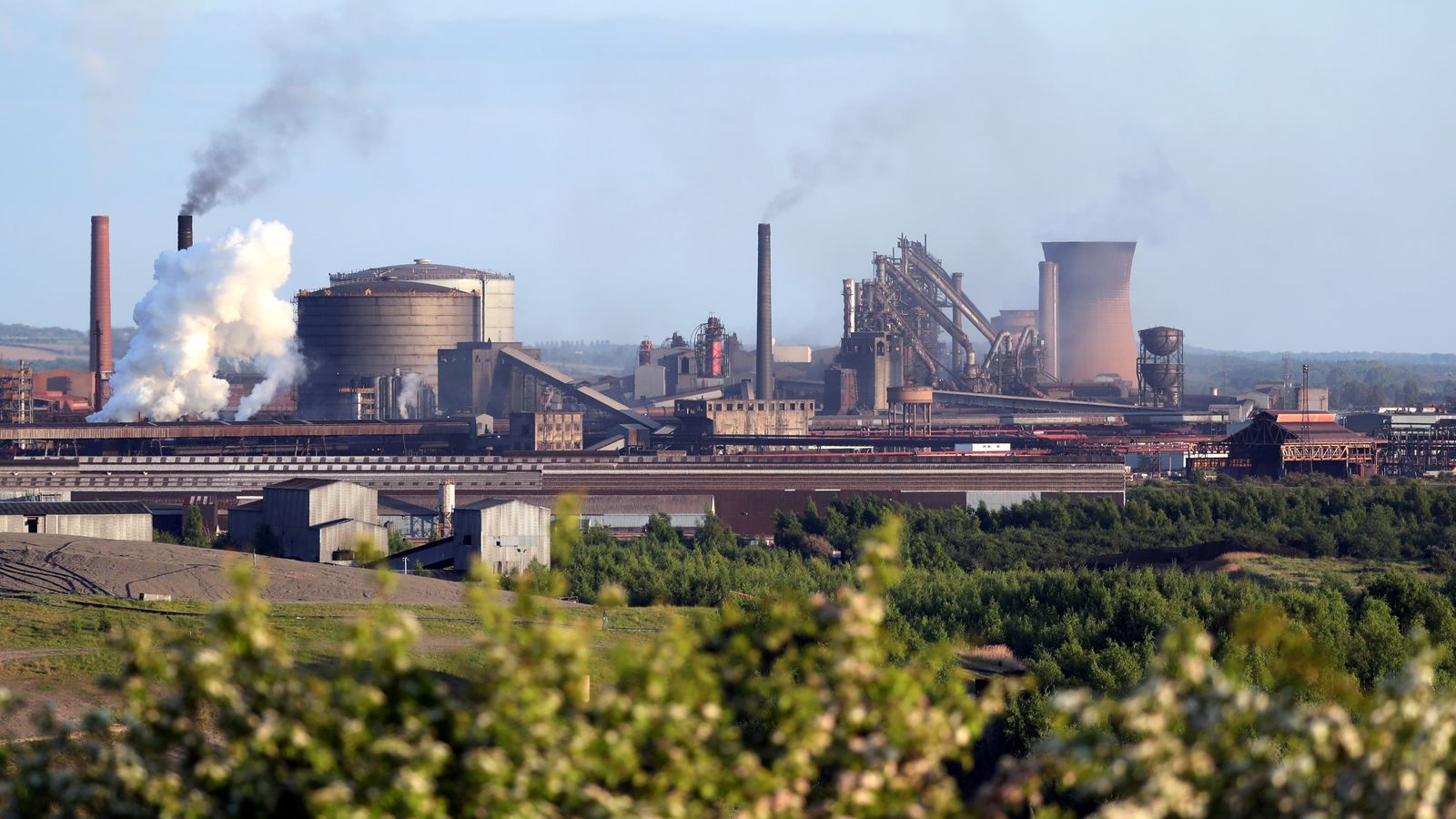 British Steel has agreed not to make any of its 4,000-strong workforce redundant during talks with ministers about a financial aid package.

Jacob Rees-Mogg, the business secretary, has opened formal talks with Britain’s second-biggest steel producer about a taxpayer bailout amid fears for thousands of industrial jobs.

Sky News has learnt that Mr Rees-Mogg wrote to Jingye Group, the owner of British Steel, last week, to express a willingness to negotiate over the Chinese company's request.

A source close to the discussions said British Steel had agreed to maintain its current operations and workforce while talks with ministers were ongoing.

Earlier this month, Sky News revealed that Jingye, which bought British Steel out of insolvency in 2020, had told the government that its two blast furnaces at its Scunthorpe steelworks were unlikely to be viable without government aid.

Subsequent reports indicated that the level of support required by Jingye was likely to be in the order of £500m.

Tata Steel, meanwhile, which is the biggest player in the UK steel sector, has also requested financial help from the government.

A Whitehall insider said on Monday that talks were "underway with the steel sector, including British Steel and Tata, to secure the sector's long-term future".

British Steel employs about 4,000 people, with thousands more jobs in its supply chain dependent upon the company.

The Department for Business, Energy and Industrial Strategy (BEIS) declined to comment on the content of Mr Rees-Mogg's letter, although a spokesman said: "We are working across the steel sector on achieving their sustainable and competitive long-term future.

"We recognise that businesses are feeling the impact of high global energy prices, particularly steel producers, which is why we announced the Energy Bill Relief Scheme to bring down costs.

"This is in addition to extensive support we have provided to the steel sector as a whole to help with energy costs, worth more than £780m since 2013."

Jingye is said to be prepared to make thousands of people redundant if ministers reject its request for financial support.

It would then plan to import steel from China to roll at British Steel's UK sites, according to the insider.

Industrial consumers of energy have complained for months that soaring prices are imperilling their ability to continue operating. 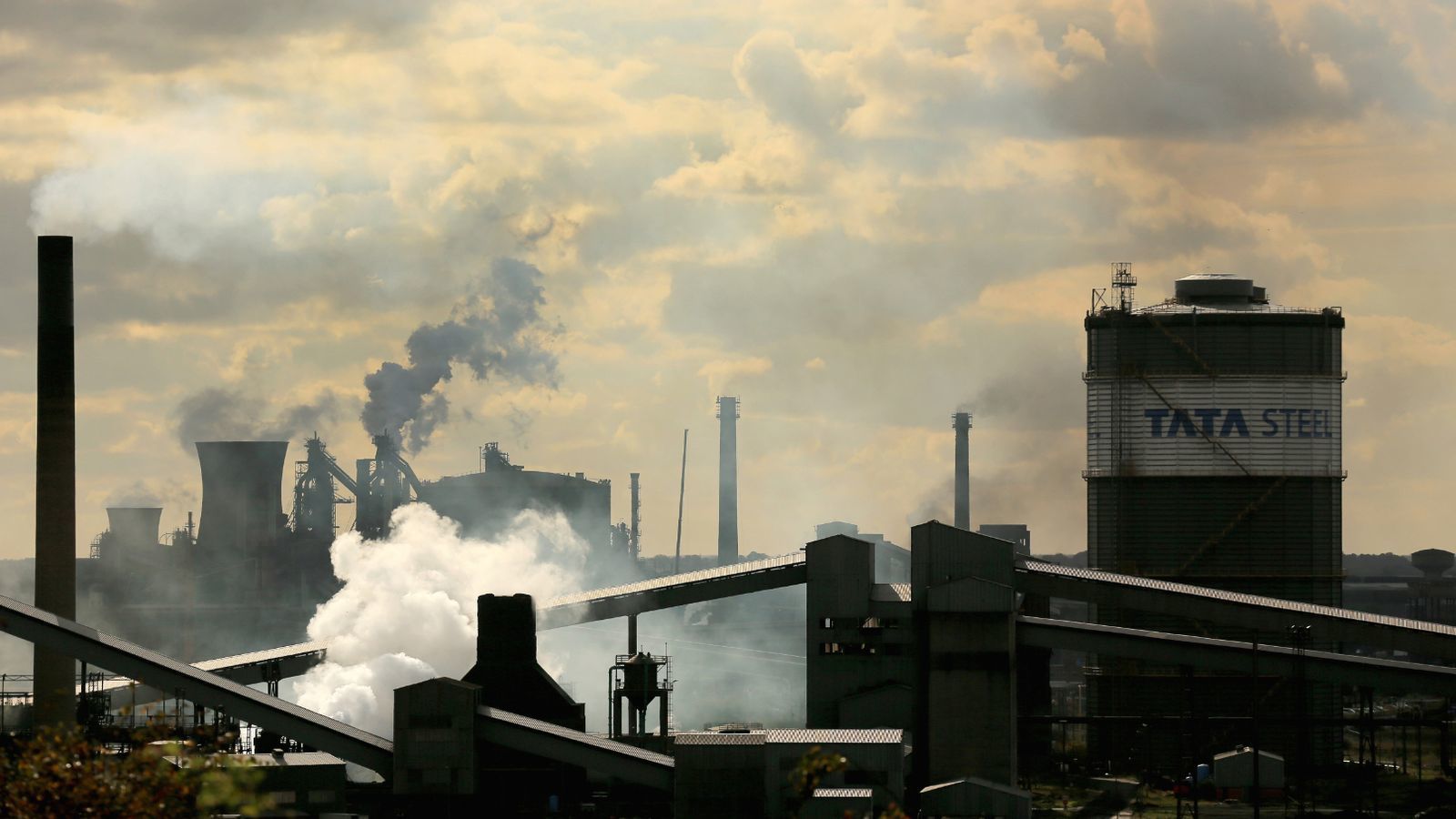 The Scunthorpe plant was previously owned by Tata

For Mr Rees-Mogg, who took over as business secretary just weeks ago, the question of government support for a Chinese-owned company presents a politically unpalatable menu of options.

If no state funding is made available and significant numbers of jobs are axed, it would undermine a key tenet of the 'levelling-up' strategy that became a doctrine of Boris Johnson's administration.

An agreement to provide substantial taxpayer funding to a Chinese-owned business, however, would almost certainly provoke outrage among Tory critics of Beijing.

A British Steel spokesman said two weeks ago: "We are investing hundreds of millions of pounds in our long-term future but like most other companies we are facing a significant challenge because of the economic slowdown, surging inflation and exceptionally high energy and carbon prices.

"We welcome the recent announcement by the UK government to reduce energy costs for businesses and remain in dialogue with officials to ensure we compete on a level playing field with our global competitors."

Jingye's purchase of the company, which completed in the spring of 2020, was hailed by Mr Johnson as assuring the long-term future of steel production in Britain's industrial heartlands.

"The sounds of these steelworks have long echoed throughout Yorkshire and Humber and the North East," he said.

"Today, as British Steel takes its next steps under Jingye's leadership, we can be sure these will ring out for decades to come."

Liberty Steel, the third-biggest player in the industry, saw a bid for £170m in state aid rejected last year by Kwasi Kwarteng, the then business secretary and the now former chancellor.