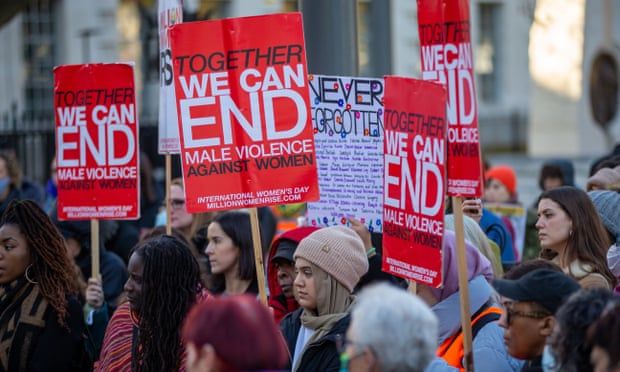 Secret Barrister says lack of funding to blame for long delays, after Dominic Raab announces pilot scheme
The announcement of three specialist courtrooms to prosecute rape cases has been dismissed as a “gimmick” that does not address the chronic underfunding of the justice system that led to a fall in convictions.

Crown courts in Newcastle, Leeds and Snaresbrook, London, will take part in a pilot scheme where staff, police and prosecutors working on serious sexual offence cases will receive specialist trauma training. The government also said independent sexual violence advisers would be made available to survivors during the scheme.

However, the Secret Barrister, an anonymous legal blogger and author, tweeted: “The perennially dishonest @DominicRaab is to blame for rape victims being forced to wait years for a trial. He is the one who, in breach of his oath of office, refuses to provide the courts with the resources they need. Stop the gimmicks. Fund the system.”

The announcement comes a year after the government’s landmark rape review, when it said it was “deeply ashamed” of the plummeting rates in bringing sexual offenders to justice.

The pilot courtrooms are due to open in October. They were chosen because they were dealing with a higher than average number of sexual offence cases, the government said.

Amelia Handy, policy lead at Rape Crisis England & Wales, said: “We’ve yet to receive any detail of the components of the small-scale pilot, but have been assured there will be appropriate stakeholder contribution around its development. We of course welcome any measures that will improve the experiences of rape victims and survivors in court, but to ensure this pilot is successful, there must be proper consultation with specialist sexual violence support services.

“Trial waiting times for victims and survivors are still unacceptably lengthy, and the specialist provisions for survivors should be in addition to further funding for the criminal justice system to prevent delays.”

Chronic delays in the justice system mean the typical wait between an offence of rape and the completion of the resulting criminal case exceeded 1,000 days in 2021 for the first time.

Announcing the pilot, the justice secretary, Dominic Raab, said: “The reason this is important is, first of all, it’s morally the right thing to do, but also, from an operational matter, this will help us drive up convictions even further and that’s what my goal is alongside a suite of other measures that we’re taking.”

He told Times Radio: “I also want every woman in this country, whether they’re in their home, or on the street, to have confidence in our justice system.”

Just 1.3% of 67,125 rape offences recorded by police in 2021 led to a prosecution, Home Office figures show. It means rape continues to have the lowest charging rate of all crimes.

Handy said: “Women and girls need reassurance that allegations of rape and sexual abuse will be taken seriously, and one of the key ways this will be achieved is by their cases progressing from the police to the CPS [Crown Prosecution Service], and then crucially the CPS committing to take rape cases into the courtroom.”
#Dominic Raab  #Raab
Add Comment