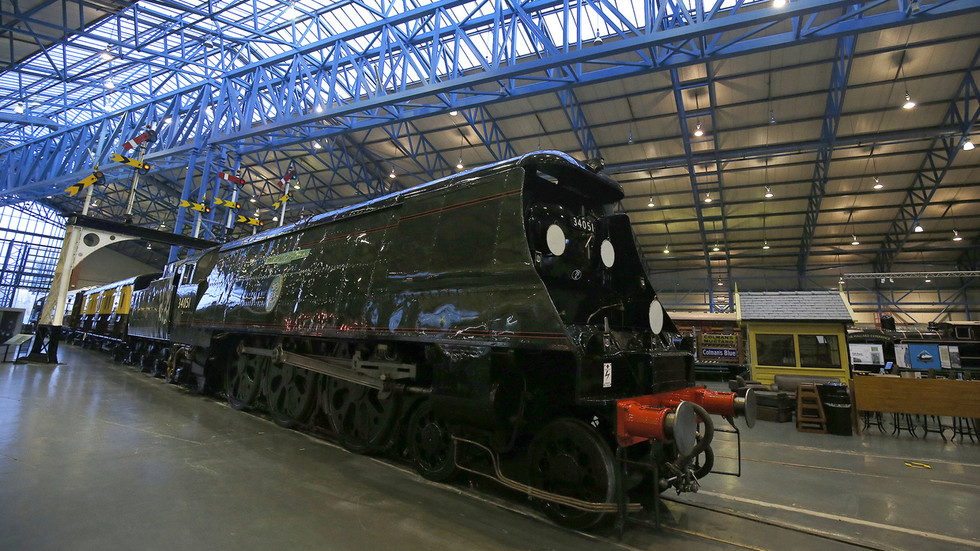 The National Railway Museum has teamed up with a consortium of universities to answer a burning historical question: were steam trains, used during Britain’s colonial age, linked with racism and slavery?

The Universities of Sheffield, Leeds and York, together with the National Railway Museum, Network Rail, and three other museums in the North of England will spend £9,000 researching how steam power aided imperial expansion and profiteering during the Industrial Revolution.

The research project “will develop a greater understanding of how the advent of steam-power and railways was embedded in both colonial and the metropolitan infrastructures of commerce and transport,” read a press release from the universities.

Leading the project, University of York archaeology Professor Jonathan Finch said that steam power was used heavily on colonial plantations, while steamboats transported products produced by slavery around the world. Steam trains, he added, “were critical to the expansion of colonial power across Asia and Africa, as well as the opening up of the North American interior,” while the profits of colonialism fueled further industrialisation back home in Britain.

The project has been funded for a year, and will keep professors like Finch and his colleagues busy, but what it means for the museum-going public is unclear. According to a report in the Telegraph on Saturday, staff at the Science Museum Group, of which the Railway Museum is part, have already been fretting over some of their exhibits and their links to slavery and colonialism in the climate of racial panic that followed last year’s Black Lives Matter protests.

Staff expressed their concern that items like a model of a Bombay, Baroda and Central India Railway locomotive are displayed without information about how such trains helped "strengthen British colonial rule in India,” and worried that exhibits like Robert Stephenson's groundbreaking Rocket steam engine could be shown without noting that Stephenson’s benefactors profited from slavery.

Most likely, the new research project will result in the museum-visiting public being met with messages about about slavery and colonialism when they stop by the National Railway Museum. According to the universities, the project’s findings will be used “to improve public/museum engagement activities” and to “engage new and diverse audiences.”