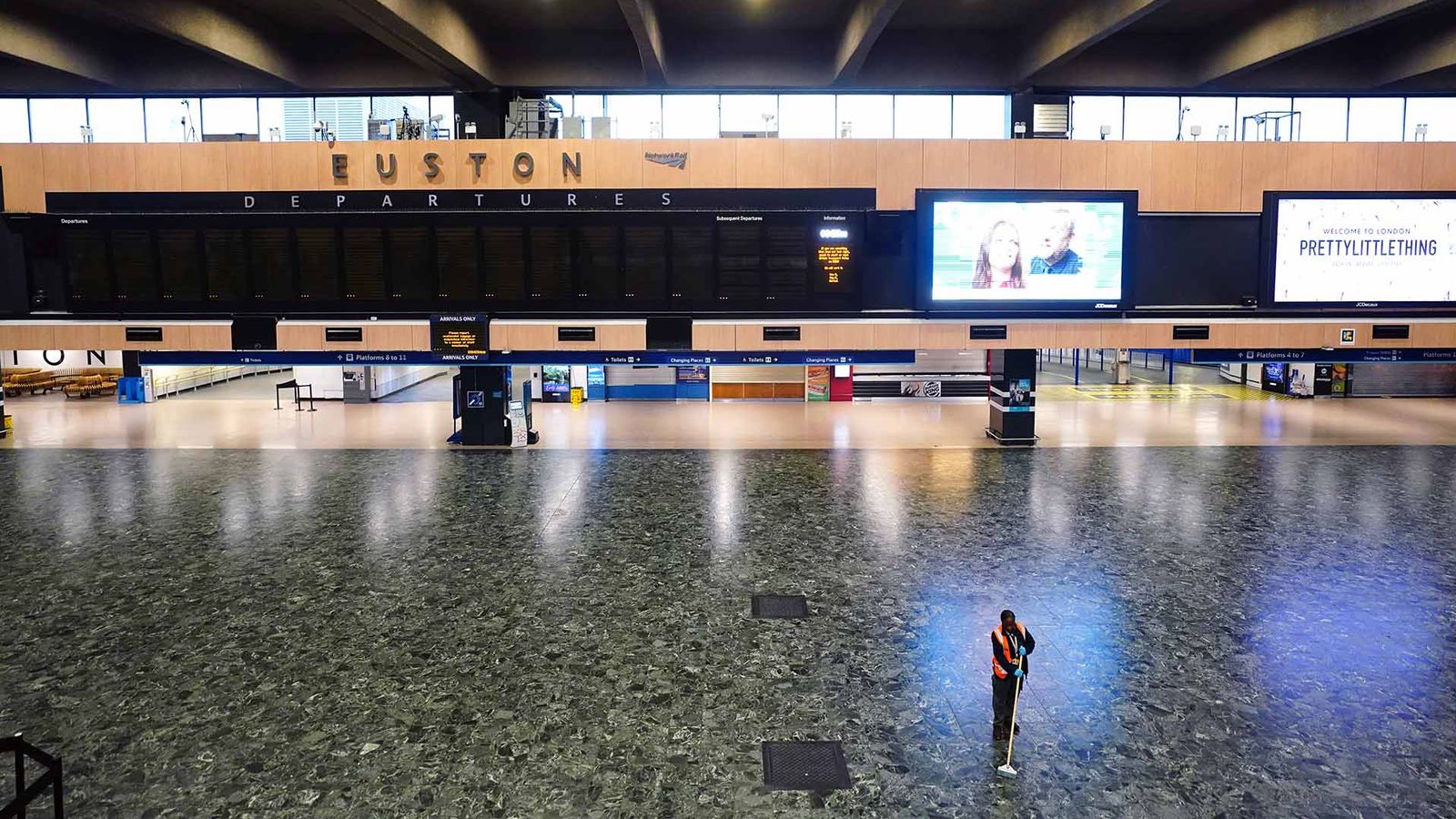 Avanti West Coast will run just one train an hour from London Euston to Manchester, Liverpool and Glasgow on Saturday with services from the capital expected to be halted in mid-afternoon.

Train passengers have been warned to expect disruption on rail networks as a strike hits services on some of Britain's busiest routes today.

Members of the Rail, Maritime and Transport (RMT) union working for Avanti West Coast are staging a 24-hour walk-out in a dispute over rosters.

Commuters have been warned to expect a "significantly reduced" timetable on Saturday during limited operating hours.

Avanti West Coast will run one train an hour from London Euston to Manchester, Glasgow and Liverpool respectively, with the last service due to leave the station mid-afternoon.

Services will travel to Liverpool via the West Midlands, including Coventry, Birmingham International, Birmingham New Street and Wolverhampton, due to scheduled works by Network Rail between Rugby and Stafford.

The planned upgrading will also see some trains diverted, meaning journey times could be longer than expected.

There will be no Avanti West Coast services in North Wales, Shrewsbury, Chester, Blackpool and Edinburgh as a result of the reduced timetable.

The RMT said staff were suffering from "dreadfully low morale" and were feeling "completely neglected" as the company increases its services in response to criticism for reducing its timetable over the summer.

RMT general secretary Mick Lynch said the strike is the end-result of "months of neglect" and the "only way train managers feel they can voice their concerns".

"Avanti continue to be totally unreasonable in negotiations and seem incapable of taking responsibility for the mess they have caused," Mr Lynch said. 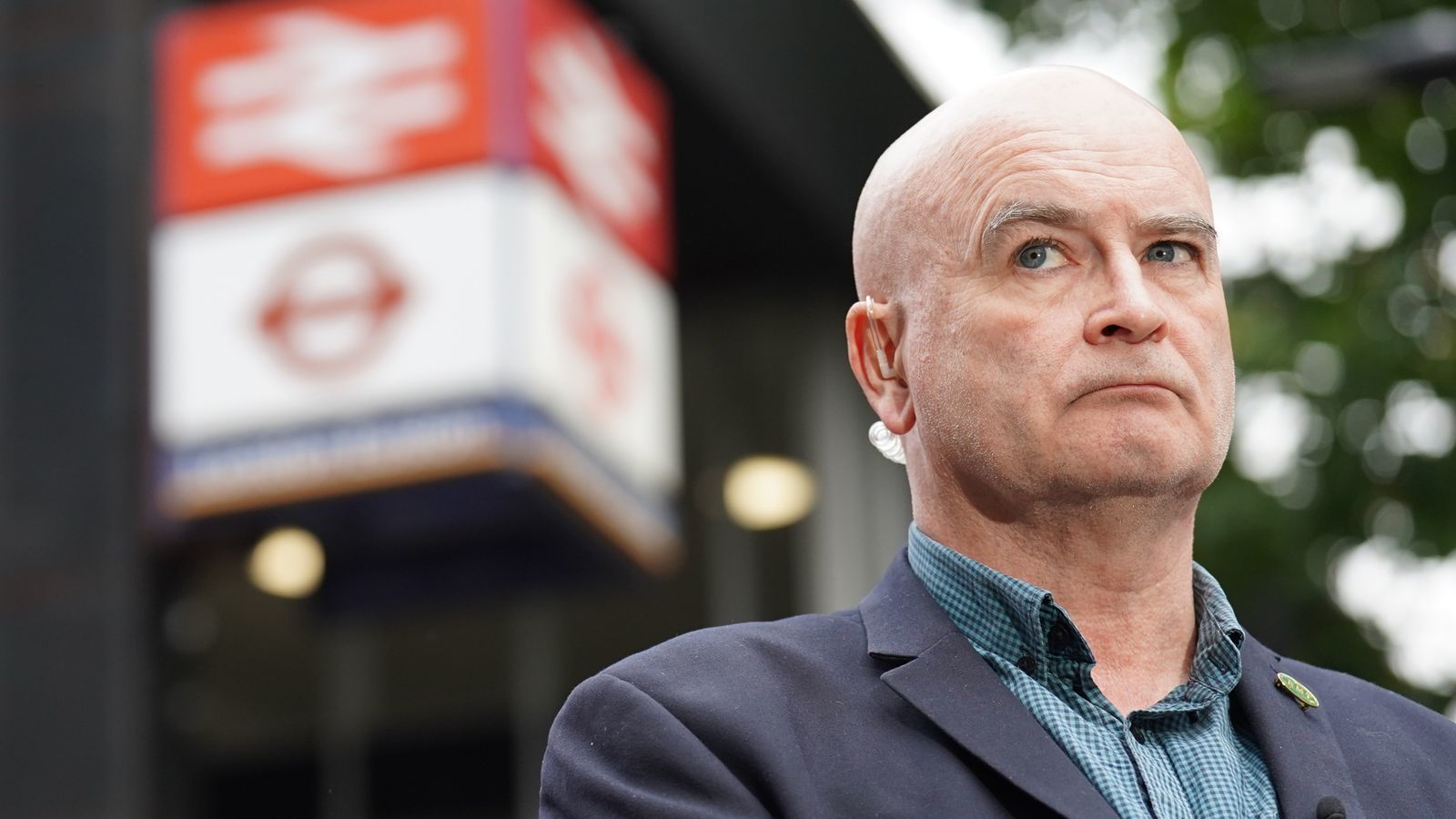 "They show little concern for the health and safety of our members as some of their rostering proposals would lead to unacceptable levels of fatigue amongst train managers.

"Avanti should never have been given any extension to their franchise contract for all the chaos they have caused the travelling public.

"We remain open for meaningful talks to resolve the dispute but be in no doubt our industrial campaign will continue for as long as it takes."

The train managers involved in the dispute are also due to strike on 6 November.

Barry Milsom, executive director of operations and safety at Avanti West Coast said the company was "disappointed" by the strike action.

"Our customers are facing another weekend of disruption and I would like to thank them for their continued patience and understanding.

"We all need to be working together for the long-term benefit of our people and customers.

"So, we ask RMT to engage in meaningful industry reform talks around modernising working practices and developing a railway fit for the 21st century."

Commuters are bracing for further chaos on public transport next month when railway workers at 14 train companies stage strikes on 3, 5 and 7 November.

Meanwhile a London Poppy Day fundraiser scheduled for the same day has been cancelled due to the upcoming strikes.

The Royal British Legion annual event, which aims to raise £1m in a day, "will not go ahead as planned", the charity, which supports veterans of the armed forces and their families, confirmed.