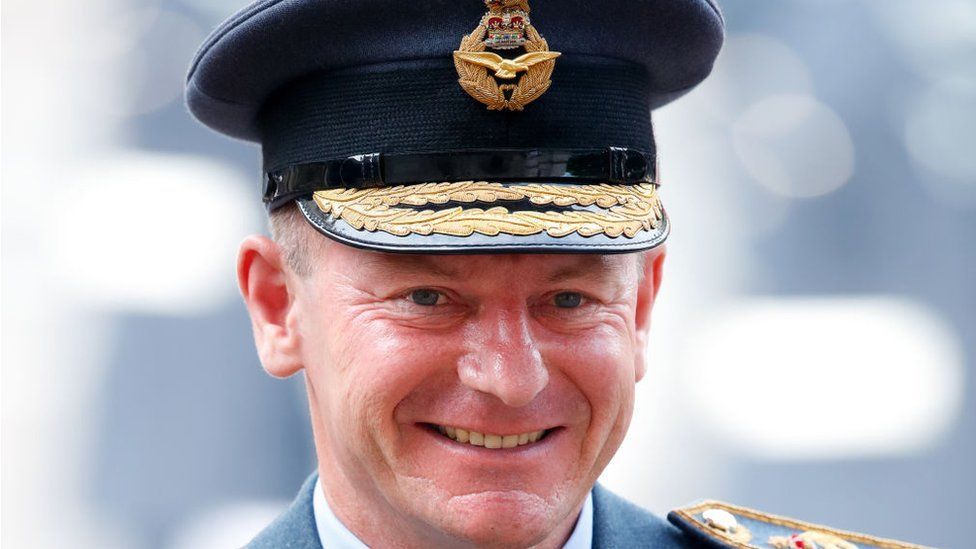 The head of the Royal Air Force has written to all his personnel promising to address as a "priority" concerns around recruitment policies and staff conduct from within the service.

Media reports have highlighted rows over diversity targets, and allegations of bullying, drinking and sexual harassment in the Red Arrows.

Chief of the Air Staff Sir Mike Wigston said there are "legitimate questions".

He said the issues would be the focus of an RAF board meeting on 7 September.

The Royal Air Force has faced a summer of bad headlines - highlighting its continuing struggles to train pilots, the concerns over diversity targets and the claims concerning the Red Arrows aerobatic team.

The Sun reported last week that one of the team's elite pilots had been suspended, while another had resigned in protest at a "toxic culture", and one had moved on for unexplained reasons.

The Chief of the Air Staff had already ordered an inquiry into the Red Arrows, which started last December and has still to be finished. The Times reported that it has also concerned allegations of misogyny and included complaints from young female recruits.

His letter has now raised questions about leadership, with it appearing to be a sign that the criticism, and potential reputational damage, is being felt right at the top.

He told RAF personnel: "You will be well aware of the ongoing focus on the Royal Air Force in the media and on social media, on a number of topics, over the past weeks.

"I am acutely conscious that the coverage affects us all - whether regular, reserve, civil servant, or contractor - as well as our families and loved ones; and there are legitimate questions being asked which I am determined we will address as a priority."

Sir Mike said it was right for the RAF to take "swift action" to address concerns but asked staff to raise future issues with their chain of command rather than through the media.

He said "unacceptable behaviours have no place in our service".

But he defended his targets to increase the proportion of women and black and Asian recruits joining despite the recent resignation of a senior female recruiting officer.

In his letter, he insisted the goal of having 40% women recruits and 20% from the ethnic minorities will strengthen the service and will have no impact on standards or operations.