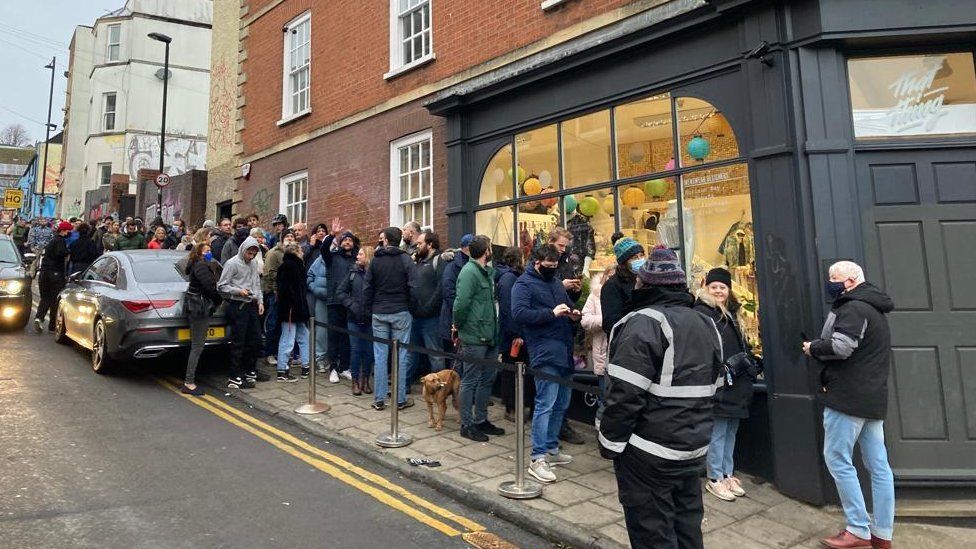 The Bristol-born artist announced on Friday night that the shirts would go on sale at locations in the city.

He said they had been created to show support for the four people about to go on trial accused of pulling down the statue of slave trader Edward Colston.

The shirts quickly began appearing for resale online, with one seller asking for £9,000.

Once the locations were made public hundreds of people quickly formed a queue at one of them - That Thing on Stokes Croft. 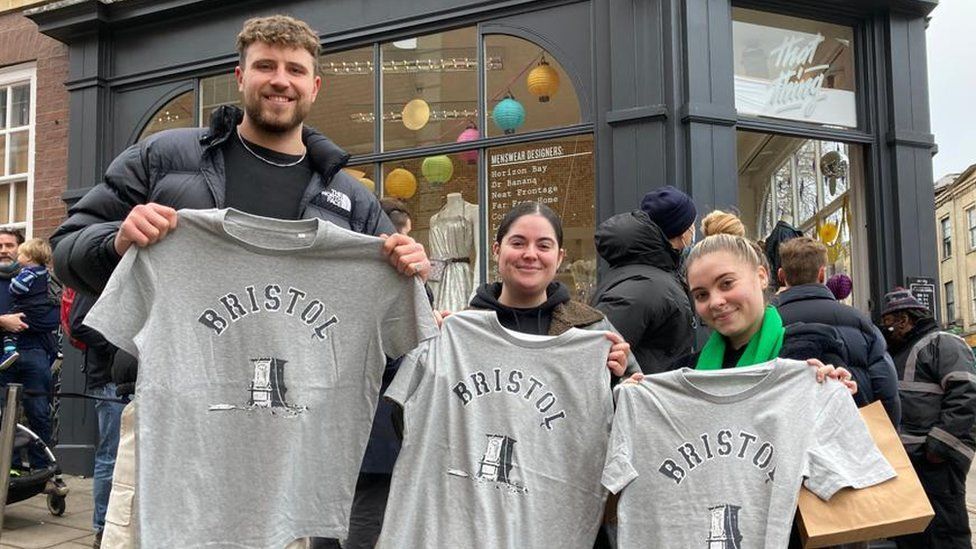 Harvey, Rosie and Emily from Easter Compton in Somerset managed to get a T-shirt each 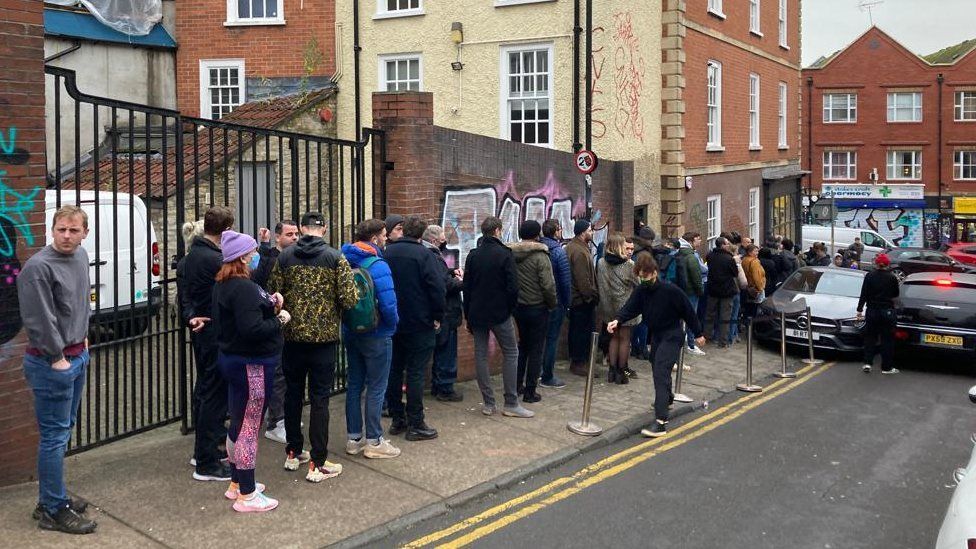 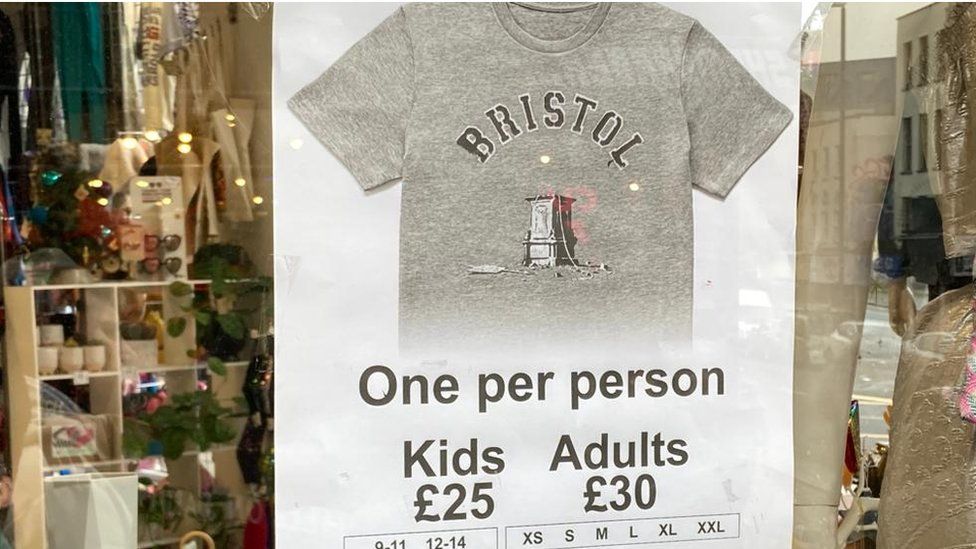 Sales of the T-shirt were limited

Among the hundreds of people who queued outside the Rough Trade record shop were brother and sister Tom and Rosie Levins.

"When we got in the queue, I don't think we were really confident," Miss Levins said.

Her brother added: "I collect all the Banksy stuff I can get hold off. When stuff comes up in Bristol and you get a chance..."

In an Instagram post, Banksy said the shirts would be limited to one per person, and proceeds would go "to the defendants so they can go for a pint".

Jake Skuse, Rhian Graham, Milo Ponsford and Sage Willoughby all deny criminal damage relating to the removal of the statue and face trial at Bristol Crown Court on Monday.

The statue of Edward Colston, a 17th Century slave trader, was pulled down during a Black Lives Matter protest in Bristol in June 2020. 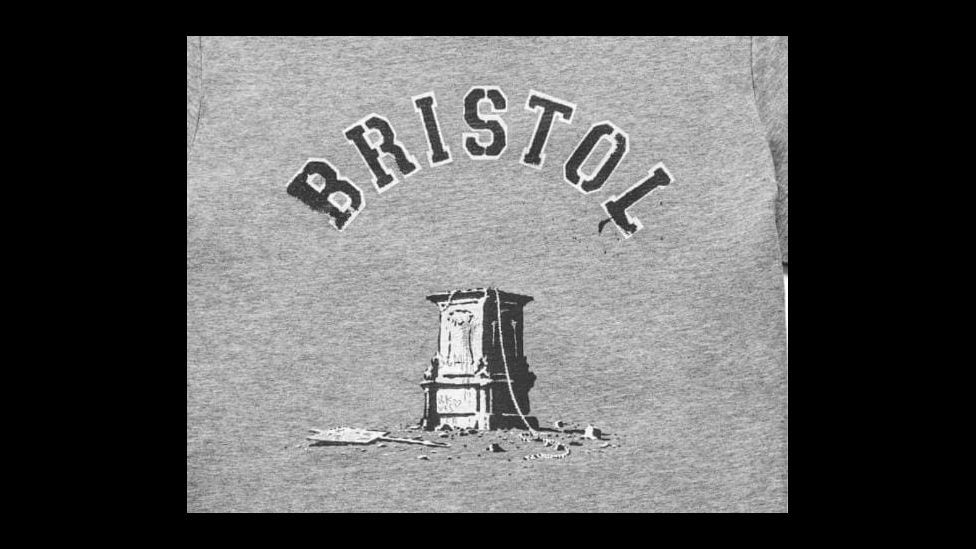 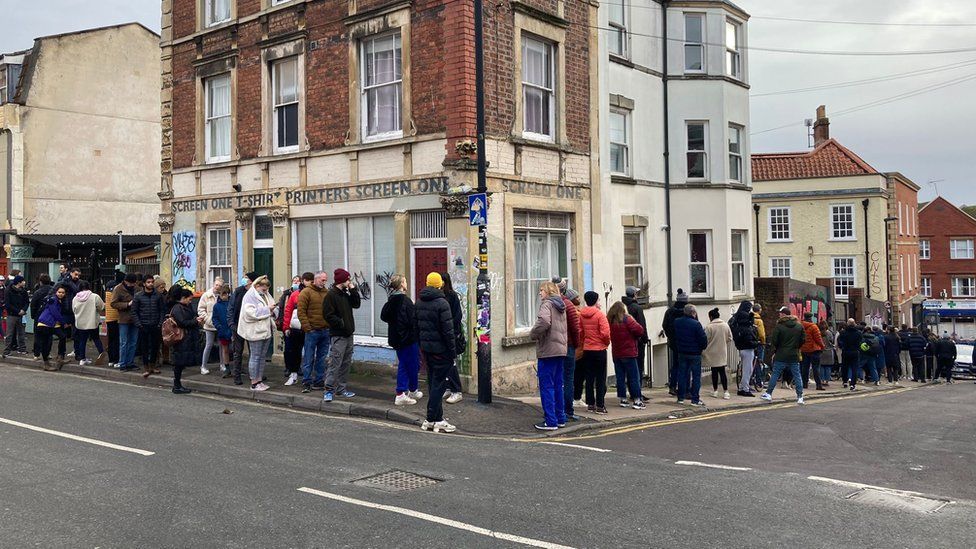 Queuing round the block: Hundreds of people lined up for the chance to get one of the shirts