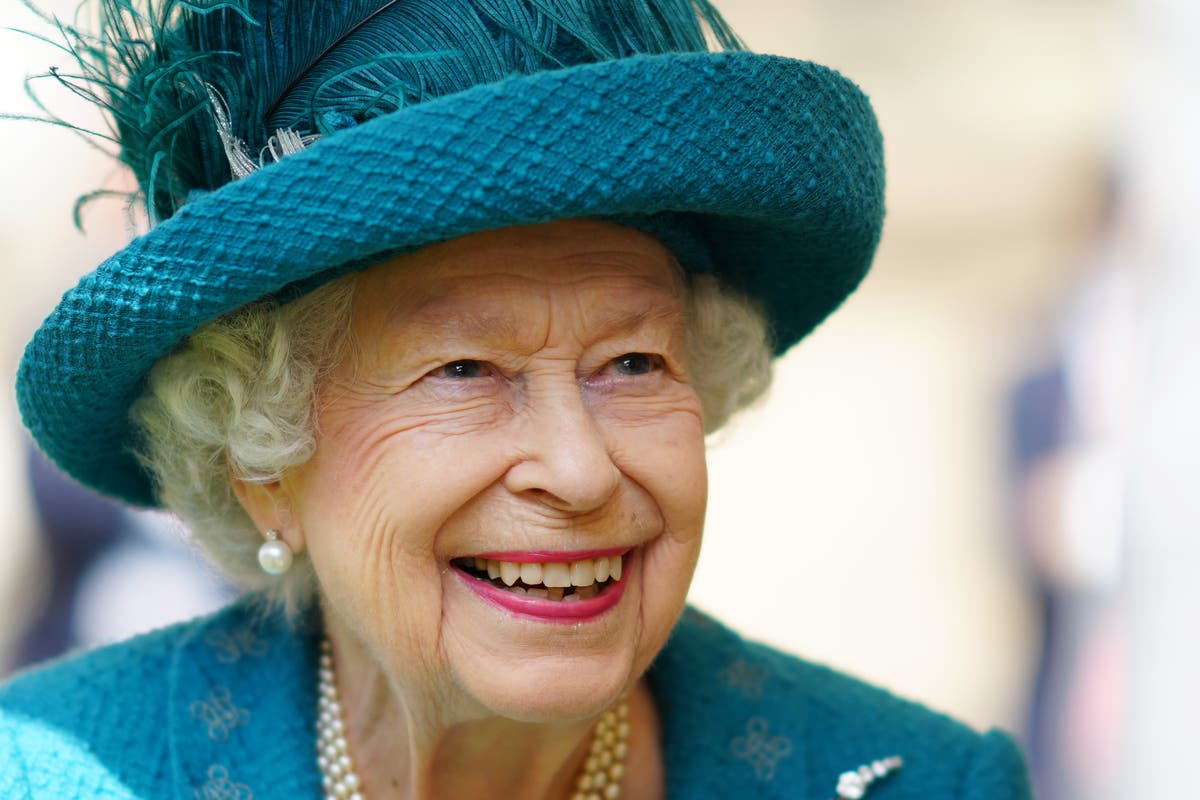 Queen sends message to England squad ahead of Euros final

The Queen has wished England good luck ahead of the Euro 2020 final, paying tribute to the squad's "spirit, commitment and pride".

The monarch sent a short note to manager Gareth Southgate ahead of the Three Lions' first major tournament final in 55 years.

England face Italy at Wembley Stadium on Sunday, where victory would clinch the first piece of major silverware since winning the World Cup in 1966.

In her message to the team, she said: "Fifty-five years ago I was fortunate to present the World Cup to Bobby Moore and saw what it meant to the players, management and support staff to reach and win the final of a major international football tournament.

"I want to send my congratulations and that of my family to you all on reaching the final of the European Championships, and send my good wishes for tomorrow with the hope that history will record not only your success but also the spirit, commitment and pride with which you have conducted yourselves."

Southgate said it was “fantastic” to get a letter from both the Queen and the Prime Minister and vowed he and the team are “here to win” for the final.

He told reporters at a press conference on Saturday evening: “We want to go and bring the trophy home.”

Support has swelled in recent days across an expectant nation – with the players even receiving a call from Hollywood star Tom Cruise.

The Mission Impossible and Top Gun actor, who is currently in London, called the players to wish them luck, captain Harry Kane revealed.

He told BBC Radio 5Live: “I think he was over here in the UK and he just dialled in and FaceTimed us just to wish us the best as a group, so that was nice of him.

“I’m not sure if he will be there at the final or not, but football is such a big part of the world and it’s nice to have that support from all different types of businesses, I guess.”

Kane has acknowledged the strength of public feeling that was behind the team and national excitement that has built throughout the tournament.

“They’ll all be cheering us on around the country and we just can’t wait to hopefully try to win the game for them,” he said.

Fans lined the road and waved flags as they waved the team bus off on Saturday from the England training complex.

Kane said the team is determined to do the fans proud when they take to the pitch.

Addressing the press conference, he said: “To see the fans on the street like they have been and to see the reception that we’ve had as we’ve pulled into the hotel here and as we was leaving St George’s Park, it has just shown us how big an occasion it is.”

He added: “We know how much it means to the English fans all over the country so we’re proud to be representing them and hopefully we can do them proud again tomorrow night.”

A good luck message from David Baddiel, Frank Skinner and the Lightning Seeds – who are behind the anthemic Three Lions (Football’s Coming Home) – has been projected onto the white cliffs of Dover ahead of match. 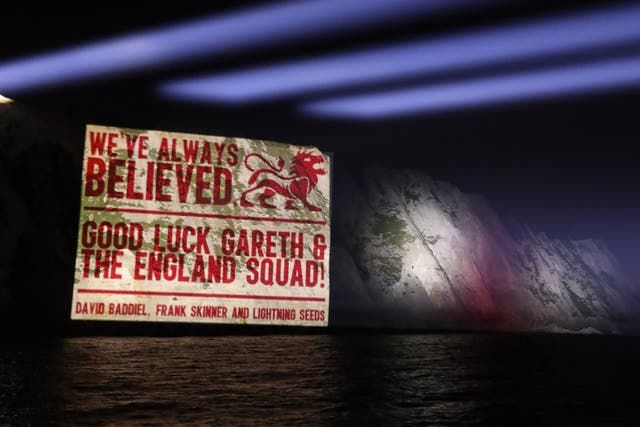 Across London’s transport network there will be good luck messages on digital display, with well wishes visible at Tube stations, the DLR and London Overground as well as at bus stops and on road traffic alert signs.