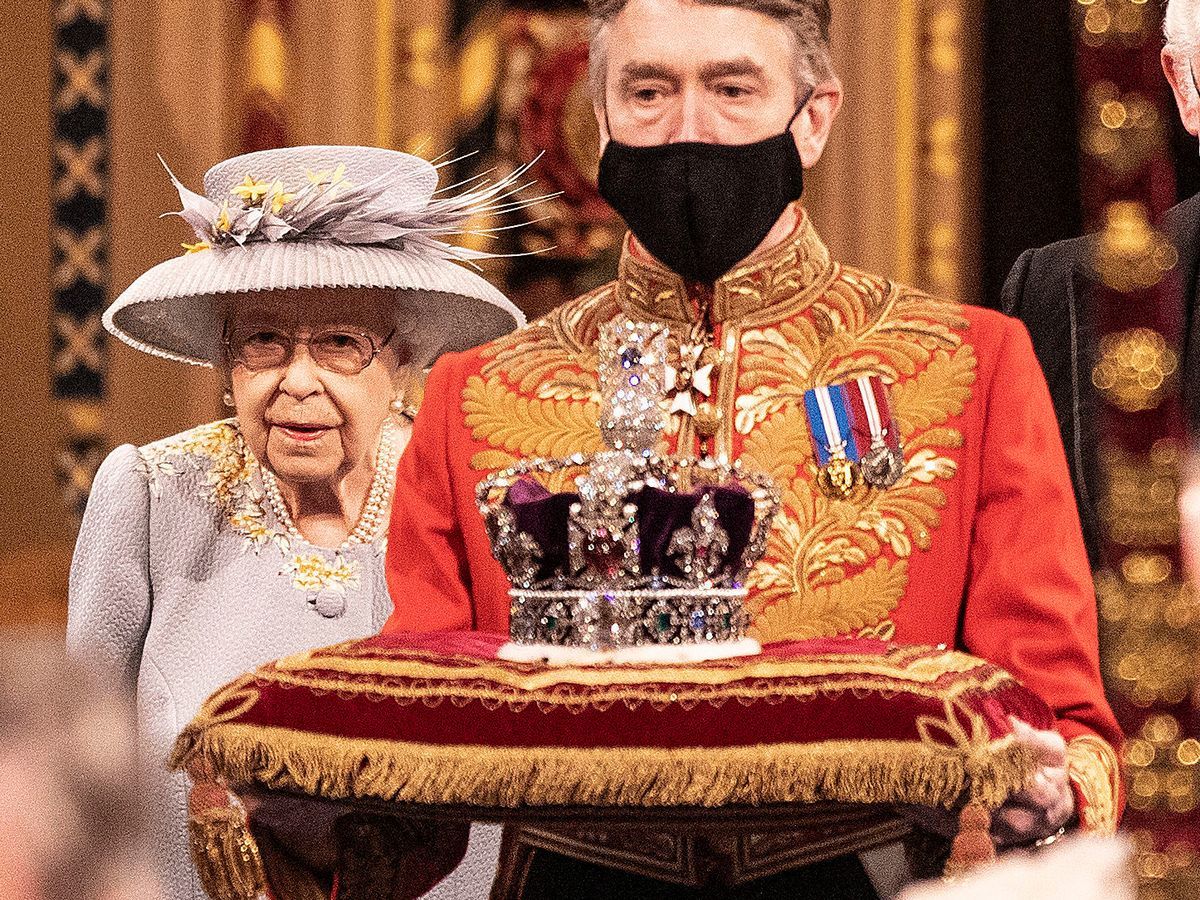 The Queen has outlined the government's priorities for the year ahead, as she officially reopened Parliament.

In a ten-minute speech in the House of Lords, she highlighted 30 laws that ministers intend to pass in the coming year.

This includes a number of bills carried over from the previous "session" of Parliament, which ended in April.

It also includes a number of bills included in past Queen's Speeches. Here is a summary of the main points.

Infrastructure and 'levelling up'

*  A Product Security and Telecommunications Infrastructure Bill will extend 5G mobile coverage and introduce new safety standards for digital devices
*  A Subsidy Control Bill will set out post-Brexit regulations on how the government can support private companies, now the UK has left the EU's "state aid" regime
*  Another post-Brexit piece of legislation, the Procurement Bill, will replace EU rules on how the government buys services from the private sector
*  Tax breaks for employers based in eight freeports to be set up in England later this year will be included in a National Insurance Contributions Bill
*  A new UK agency to search for ground-breaking scientific discoveries will be established by the Advanced Research and Invention Agency Bill
*  New powers to build and operate the next stage of the HS2 high-speed rail line are contained in the High Speed Rail (Crewe-Manchester) Bill

*  Legacy legislation will deal with legacy issues from the Troubles in Northern Ireland, including restrictions on future prosecutions of British soldiers
*  Government support for veterans will be outlined in an Armed Forces Bill, putting the so-called Armed Forces Covenant into law

*  The speech referenced new legislation to overhaul the UK's post-Brexit asylum system and discourage migrants from crossing the English Channel
*  New powers for the police over protests, and new sentences for serious crimes, are in the controversial Police, Crime, Sentencing and Courts Bill
*  A draft Online Safety Bill will contain new requirements on tech giants to tackle harmful and illegal content online
*  A Counter-State Threats Bill will introduce new registration requirements for foreign agents and rules for protecting state secrets
*  The Telecommunications (Security) Bill will place new legal duties on telecoms firms to increase network security, and restrict the use of "high risk" technology
*  A draft Victims Bill will create new rights for the victims of crime, including new standards on support offered to sexual and domestic victims

*  A long-awaited Planning Bill will introduce changes to the planning system in England, including a controversial zoning system
*  A new system for regulating the safety of high-rise buildings, and inspecting construction sites, will be set out in the Building Safety Bill

*  The Environment Bill, whose passage through Parliament has been repeatedly delayed, will introduce new post-Brexit rules on protecting nature
*  A trio of bills on animal welfare will ban the export of live animals for fattening and slaughter, and bring in mandatory microchipping for cats

What else was referenced in the speech?

The speech set out plans for a consultation on introducing a legal ban on so-called gay conversion therapy in England and Wales.

A document accompanying the speech says this will ensure action taken to stamp out the practice does not have "unintended consequences".

Ministers have pledged to ensure medical professionals and religious leaders can continue having "open and honest conversations with people".

The speech also said the government would be introducing measures to reduce racial and ethnic disparities.

It follows the publication of a government-commissioned race report earlier this year, which was heavily criticised by equality campaigners.

What wasn't in the speech?

The speech said the government would bring forward measures to reform the operation of the social care system in England.

But it did not commit the government to introducing a specific bill to overhaul how the sector is funded.

Reports suggest that discussions are ongoing within government about the potential cost of changes, which could run into the billions.

The lack of a new bill in the speech has been criticised by opposition politicians and care groups.